The Domestic Building Works Bill: a sign of things to come?

In November, the Domestic Building Works (Consumer Protection) Bill was withdrawn from parliament. 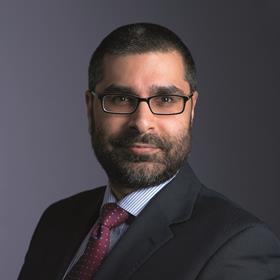 The bill sought to provide some protection for homeowners against rogue contractors, through the introduction of a licensing scheme for contractors and the provision of a self-contained scheme for quick and cost-effective dispute resolution.

Although the bill (a private members’ bill) didn’t secure the necessary parliamentary time to become law, its settlement was universally encouraged within parliament. This is somewhat unsurprising, given the consumer protection and regulations that exist elsewhere in the sector, such as the Architects Registration Board, itself established by parliament.

The government did provide reassurance that some regulation of the sector was on its way. Reference was made to a mandatory ADR scheme for the home improvement sector, although details are yet to be announced. However, the withdrawal of the bill might be seen as something of a missed opportunity.

It’s acknowledged that the construction industry as a whole is under pressure. The impact of Covid and Brexit on labour and materials prices and supply chains shouldn’t be understated and the costs and red tape associated with mandatory licensing would be an additional burden that could place further stresses on the sector.

In light of the support for the bill by the Federation of Master Builders, one option going forward might be self-regulation or a voluntary scheme reflecting the bill’s sentiments, building on pre-existing platforms such as TrustMark.

Self-regulation could bring numerous benefits for the industry. Signatories would be seen as the ‘gold standard’ for the sector, helping increase consumer confidence, which in turn could lead to signatories being able to justifiably charge a higher price on the basis that consumers will be willing to pay for quality.

Nitej Davda is a partner at Cripps Pemberton Greenish