We must be aware of unconscious bias at work

One research finding that the Association of Women in Property (WiP) has enjoyed relaying came from the University of Illinois last year. 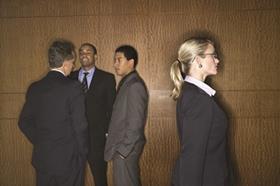 The team found that the general public subconsciously assumes that hurricanes with female names are less dangerous than those that have been given male names. People therefore take fewer safety precautions, which results in a greater loss of life. This is a rather curious example of unconscious bias.

Unconscious bias (UB) is possibly the buzz term for 2015, but it actually goes back a long way and is arguably one of the biggest culprits behind gender, ethnicity and class imbalance in the workplace. We are all conditioned to think and respond in a certain way, whether it is based on implicit prejudice, a feeling of familiarity, preconceptions or appearance. It applies to all of us, hence it is one of the most important issues to deal with in our efforts to improve diversity.

In an article in The Guardian, executive coach Trang Chu wrote: “Research has shown that the beliefs and values gained from family, culture and a lifetime of experiences heavily influence how we view and evaluate both others and ourselves… In business, however, bias can be costly. It can cause us to make decisions that are not objective and ultimately we miss opportunities.”

WiP first came across UB as an entity 18 months ago when, as part of our Mid Career Taskforce discussions, we were alerted to a mandatory UB training programme that Barclays was rolling out to its staff (director and above) worldwide, totalling around 8,500 employees. DTZ subsequently took this on board across its organisation and has been running seminars, in partnership with WiP, for our members and their guests across the UK.

Under the guidance of training company Laughology and management consultancy Rhys Jones, these seminars take matters back to basics. Rather than attempting fundamental change, participants are encouraged to be realistic - for example, by recognising and managing their own biases in situations such as appraisals and interviews. It is important to recognise whether decision-making is based on rationale or on feelings and to be open to seeing and hearing what is there, rather than always following gut instinct. Top tips include thinking differently by giving opportunities to those other than the usual suspects and maximising mentoring - such as exchanging views with someone older or younger, to build an understanding of different viewpoints.

WiP has been around for nearly 30 years and we’re not here simply to complain about the inequalities in life, nor are we asking for different treatment to that of our male colleagues and counterparts. All we want is a level playing field. We don’t believe that new entrants into the industry, whether male or female, arrive with any great awareness of their relative numbers within the organisation, or, for that matter, whether they are at a disadvantage. In most cases they are not.

However, looking back over the past 30 years, it is striking how many anecdotes of the past were rooted in UB. Stories abound of (female) professionals being asked to take the minutes/serve the coffee in meetings, or the young (male) surveyor being addressed as the senior representative, despite the presence of his (female) director. These examples might cause a wry smile because they appear so outdated, but recognising that UB is the key element is helpful in dealing with such situations when they occur now.

Let me finish with an anecdote told by a colleague who attended a discussion on diversity. As the host went through the usual ‘housekeeping’, the attendees were told, with regards to the fire alarm, that: “No alarm is expected, but if an announcement is made by a female voice, this is not a real fire and no evacuation is necessary. However, if the announcement is made by a male voice…”. Enough said.

Elspeth Burrage is national chairman of the Association of Women in Property and associate director, head of events EMEA, at DTZ