Were the changes to UCO and PDR given due consideration?

This summer, the government announced sweeping changes to the use classes order (UCO) and permitted development rights (PDR), hailed by the prime minister as part of “the most radical reforms to our planning system since the Second World War”. 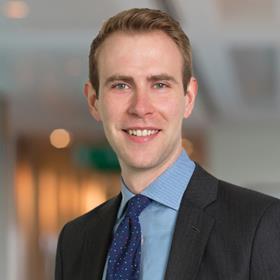 These radical reforms were introduced swiftly at a time when parliament was not sitting. The statutory instruments (SIs) enabling the changes were laid before parliament the day before it went into summer recess and came into force before it reconvened.

But developers’ joy at their new-found planning flexibility was short-lived. At the end of August, campaign group Rights: Community: Action issued an urgent application for judicial review of the SIs.

The crux of the challenge is that the SIs were brought in “at pace” without due consideration by the government of the potential consequences. It seeks the quashing of the SIs on grounds that the secretary of state: unlawfully failed to carry out an environmental assessment of the SIs as required; failed to have due regard to the Public Sector Equality Duty; and failed to consider the weight of evidence against the “radical” reforms, including consultation responses and his own experts’ advice.

Reflecting the importance of the issues raised, the Planning Court listed the claim expeditiously to be heard on 14 and 15 October before Lord Justice Lewis and Mr Justice Holgate.

A decision is awaited, but as the SIs are already in force, with developers and planning authorities alike relying on them already, the court will recognise the implications of shutting the stable door long after the horse has bolted. Likewise, the challenge will not have gone unnoticed by those undertaking the Ministry of Justice’s independent review of administrative law, which is examining the need for reforms of judicial review.

In the meantime, the development industry awaits the outcome with bated breath. Will new use class E and the changes to the PDR regime survive 2020, or will they disappear as swiftly as they arrived?