What do amendments to the Building Safety Bill mean for the industry?

The Building Safety Bill will now be subjected to the Public Bill Committee and Report stages on 9 September 2021 and 26 October 2021 respectively. The bill will be scrutinised, subjected to evidence from experts and interest groups from outside parliament and debated by MPs. 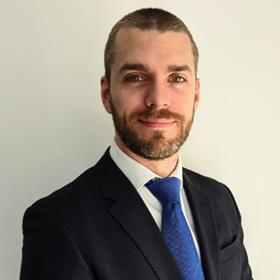 As to what further amendments may be proposed, it is worth briefly considering the evolution of the bill.

Between the original draft bill published on 20 July 2020 and the first reading on 5 July 2021, amendments were made to the roles of the accountable person, the building safety manager and residents’ liability for historic remedial costs under the Building Safety Charge (to name but a few). The bill also increased limitation periods for certain defective building claims to 15 years (some of which applies retrospectively).

Between the first and second readings, criticism was raised by Labour and some of the government’s own MPs, including comments such as residents’ situations would become “worse not better” and “we will definitely be laying amendments, doing everything we can to ensure that the leaseholders get some kind of protection”.

At the second reading, it was announced that EWS1 forms would no longer be required for buildings under 18m. This has caused some confusion with lenders having different attitudes towards the need for EWS1 forms and some residents questioning the need for remedial works.

Since the second reading, the Building Safety Bill (amendment paper) dated 23 July 2021 has been produced. This tables further amendments to the bill including proposals to tax remedial works at 0% VAT, for the government to fund remedial work grants, for builders of higher-risk buildings to join an indemnity scheme and to extend limitation periods to 25 years.

While further amendments appear inevitable, the content and impact of those amendments remain unclear. Anyone who may be affected by the issue of fire safety on high-rise buildings should pay very close attention to the next evolution of the bill and seek advice on how this may affect ongoing or proposed strategies for tackling fire safety.