What do latest judgements mean for the recovery of Covid rent arrears?

Property lawyers and landlords alike have been following the cases of Bank of New York Mellon (International) v Cine-UK and London Trocadero (2015) v Picturehouse Cinemas with trepidation over recent months. 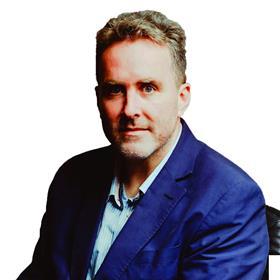 Cinemas with leased premises in the Trocadero Centre in London had lost their claims in the High Court back in 2021, but had been granted permission to appeal. Was this to be a blow for landlords in the struggle to collect rent arrears post-Covid?

The tenant in each instance had argued that they should not be required to pay rent or service charge – totalling some £2.9m – to the landlord during the period of forced government closure of cinemas during the pandemic.

On appeal, the tenants argued variously that: there should be an implied term in the lease suspending payment of rent wherever the premises could not lawfully be used for their permitted use; the suspension of rent provisions in the lease should in any case not be limited to physical damage and should apply to any situation in which the premises were rendered unusable by the tenant; and as the leases had been taken by the tenants to use as a cinema, the prevention of such use under Covid legislation had resulted in a failure of consideration on the part of the landlord.

The three-judge panel at the Court of Appeal, hearing both cases together, dismissed all three arguments. The judges confirmed unequivocally that the forced closure of non-essential businesses during the pandemic did not relieve tenants of their obligation to pay rent, even where the restrictions imposed by government made it unlawful to trade.

Commercial landlords, who were given so few routes to recover rent arrears during Covid, will note with relief the Court of Appeal’s decision that losses arising from the pandemic should not be borne by the landlord. The ruling also shows a reluctance to accommodate tenants by departing from existing legal principles.