What does ‘nutrient neutrality’ spell for new-homes delivery?

Amid a UK housing shortage, 10,000 homes in Portsmouth and Southampton went on hold in 2020 and now, according to research by Savills, 10% of all local planning authorities (LPAs) – predominantly in the South West – have had to cut housing delivery by more than half. 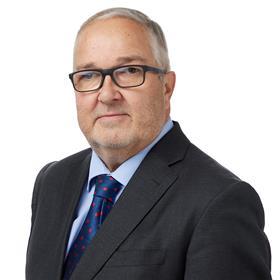 The issue placing new homes at risk is the legal requirement that levels of phosphates and nitrates, present in sewage, should not increase in protected rivers or coastal waters as a result of new housing developments, often referred to as ‘nutrient neutrality’.

In 2018, the European Court of Justice – in what has become known as the ‘Dutch N’ case – ruled that articles 6(2) and 6(3) of the EU Habitats Directive (92/43/EEC), as implemented by the Conservation of Habitats and Species Regulations 2017 (SI 2017/1012) – still in force, Brexit notwithstanding – are to be interpreted as requiring new development affecting special protection areas (SPAs) and special areas of conservation (SACs) to achieve nutrient neutrality. That is to say the levels of phosphates and nitrates should not be increased as a result of the treated effluent from the development flowing into the SPA or SAC.

Developers are watching LPAs closely to see how their responses will affect proposals, because to comply they will need an avoidance and/or mitigation package to become nutrient-neutral.

There are solutions to the problem. The most common way of achieving nutrient neutrality to date has been to secure, usually by means of an S106 agreement, the taking of an area of farmland out of agricultural cultivation.

This is not without its problems and not all local authority areas are going to have suitable agricultural land. It is possible to identify an area of agricultural land outside the LPA’s administrative area but that involves issues of enforcement.

An LPA can only enforce S106 covenants in respect of land in its own area. So, these cross-boundary arrangements are likely to require multi-LPA agreements supported by separate agreements between authorities – a regional problem needing a regional solution.