Who has responsibility for the management of wider estates?

The Supreme Court in FirstPort Property Services v Settlers Court RTM Co provides welcome clarity over the scope of right-to-manage (RTM) legislation. An RTM company, which is run by leaseholders, manages a block of flats where the right has been exercised pursuant to the provisions of the Commonhold and Leasehold Reform Act 2002. 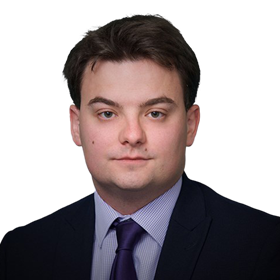 The Supreme Court has ruled that RTM companies do not gain management responsibilities over communal parts of estates that are not exclusive to the block where the RTM has been exercised.

The Supreme Court’s decision is a change to the law and overrules a previous Court of Appeal decision, where it was held an RTM company managing an individual block was also responsible for the management of communal areas on the estate used by the leaseholders of other blocks. The Supreme Court considered that the decision in Gala Unity could lead to absurd and unworkable results.

The Supreme Court’s clarification will avoid potentially difficult situations where an RTM company and another entity or entities could have shared management responsibility for communal areas of an estate. This could lead to disputes about to whom service charges were payable, as occurred in FirstPort.

The Supreme Court was mindful that leaseholders could be receiving services from a company with whom they had no legal relationship if RTM companies had control of the management of common parts. This would be contrary to the terms of the existing leases and defeat the purpose of the RTM legislation itself, which was to give leaseholders control of their surroundings.

The court considered that restricting the extent of RTM companies’ powers was supported by the wording of the 2002 Act. In doing so, it dealt with an issue that the Law Commission had suggested should be dealt with through reform.

Landlords and leaseholders alike will welcome the Supreme Court’s decision, which provides clarity on an issue that has caused practical difficulties and ensures RTM companies are confined to exercising powers solely for the benefit of leaseholders to whom they are accountable.

Oliver Park is an associate at Charles Russell Speechlys