Who owns artworks on buildings and who has right to remove them?

Earlier this year, McDonald’s hit the headlines when a mural known as ‘Cardiff’s Mona Lisa’ was painted over to make way for a burger advertisement. 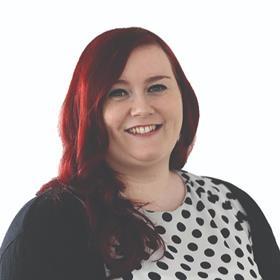 While restoration of the mural is now under way, the destruction of the artwork raises some interesting legal questions over who owns a mural on a building and who is entitled to remove/destroy it, drawing out two distinct areas of the law – areas that do not always sit comfortably together.

Graffiti is considered an act of criminal damage. The offence requires that a person destroys or damages property belonging to another, intending or being reckless as to that damage or destruction – including the impairment of the property’s value or usefulness.

But what if the unauthorised graffiti is a mural by a famous street artist like Banksy? The law has not yet drawn a distinction between great works of street art and less attractive graffiti. In Banksy’s case, at least, it would be difficult to argue that his artwork damages the property he works on; instead, the works tend to increase the value of the property.

Where the artwork – whether this is a mural on an advertising space or graffiti – is created with the property owner’s consent, it is important that all parties (including the property owner, advertising agency, commissioning party and artist) agree and record in writing who will have what rights in the art and for what period of time the art is to remain on the wall.

Second, who has the right to destroy the art? The copyright owner certainly can destroy their own work. The artist will also have moral rights, including the right to be identified as the author of the work and the right not to have work subjected to ‘derogatory treatment’. Derogatory treatment seemingly does not extend as far as stopping the destruction of artwork in its entirety, although UK law is not crystal clear on the point.

Understandably, where the graffiti has been created illegally, it is generally agreed that the owner of the property prevails over the illegal work.