A new law on ‘intentional trespassing’ was introduced in March by the Police, Crime, Sentencing and Courts Bill 2021. 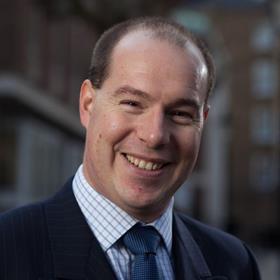 This law will provide the police with extended powers to address unauthorised encampments on private and common land where no consent has been given. Those directed away from land must not return for 12 months. The powers are set out in Part 4 (clauses 61–63), which deal with unauthorised encampments, criminalising them in certain instances.

Recent case law has shown that related planning powers can be costly and time-consuming to implement, as demonstrated in Anderson v. Basildon [2021], which highlights the struggles local authorities often face. Moreover, local authorities are often reluctant to act in cases involving private land.

It is not yet clear whether this bill will, in practice, provide the intended protection for landowners and occupiers of land. First, the offence only comes into being after a request to leave has been made and if there is failure to comply “as soon as reasonably practicable”. What is considered reasonably practicable could encompass several issues.

Second, the offence only applies to those residing or intending to reside on the land. What amounts to residence – as opposed to occupation, presence or control – has not yet been decided in this context.

Third, at least one of the four conditions set out in s.60C(4) has to be met. An offence will not be triggered in the event of residence on land without “significant” damage or disruption, or “significant” distress caused by offensive conduct. Peaceable occupation will not be an offence.

Fourth, it is a statutory defence to demonstrate a “reasonable excuse” for a failure to leave “as soon as reasonably practicable”, where the same issues as mentioned above may again come into play.

Finally, landowner evidence will typically be required for a successful prosecution, and landowners may be reluctant to act as witnesses.

In order for it to achieve its desired purpose, the bill requires substantial amendment.

Wayne Beglan is a barrister at Cornerstone Barristers