Just under a year ago Real Estate Balance assembled a small group of young property professionals with the ambition of changing the industry for the better. They established the NextGen Committee, which meets regularly to discuss ways of improving the sector. 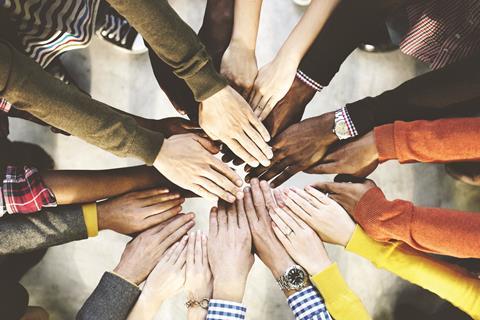 Having identified a disconnect between senior management and junior property professionals, one of the ideas the NextGen Committee came up with was to run a survey to identify the key obstacles new recruits to the industry have to overcome.

The findings of the survey, which we reveal here, make for interesting reading. In total, 340 property professionals under the age of 35 completed the survey.

One of their main findings was that 87% of respondents agreed strongly or somewhat that the property industry is a “secret” and that awareness among people from certain socioeconomic backgrounds is low.

Amelia Ryan, a surveyor at CapCo and NextGen co-chair, associates with this sentiment. She says the industry is tough for people from low socioeconomic backgrounds to get into. She came across the sector by chance through a part-time job she took to fund her undergraduate degree and that job just happened to be in property.

Ryan went on to do a specialised masters, but with a £17,500 price tag, it was only thanks to a bursary from a charity and the fact the course was in her hometown that she could afford to attend.

“I’m acutely aware that without having that bursary and the ability to live at home, there is no way I would have been able to do that masters, which [was] ultimately the gateway for me to get into this industry,” she says.

“We should not be hindering ourselves by only allowing a certain small demographic to be within the industry.”

NextGen Committee member Paul Modu, a surveyor at Knight Frank, agrees that the sector has an outreach issue, which is underscored by the survey’s findings. Just under 40% of respondents said they heard about the industry from a family member, while just over 45% stumbled across it “by chance”.

Like Ryan, Modu is among those who entered the industry by chance. He studied economics at undergraduate level and says throughout his degree, students were never told about jobs in commercial property and firms did not advertise positions in the way other sectors did. 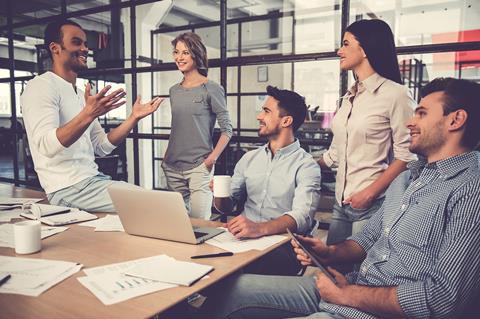 Most of the friends Modu made on his course went into banking, a sector that traditionally recruits heavily among economics students.

It was only after he secured a job as an analyst at Knight Frank that he learned properly about the commercial property sector and went on to qualify as a surveyor as a result. Based on his first-hand experience, Modu cautions against fragmented efforts when it comes to recruiting. “It requires a lot of collaboration,” he says.

Another worrying issue the survey highlighted surrounded workplace behaviour. Just over 81% of respondents said they had witnessed discrimination in the workplace, including ageism, classism, racism and sexism. More than 35% said they frequently witnessed banter that made them feel uncomfortable and 30% said they rarely saw it called out.

Andrew Bird, a property administrator at Avison Young and NextGen Committee member, says he experienced a homophobic incident at a former firm and although he challenged it, many fellow committee members say it is not always possible to do so.

Charlotte Dawidek, a surveyor first active in JLL’s gender balance network and who now co-chairs the NextGen Committee, says: “It would take a very brave person [junior member of staff] to call out an inappropriate comment”, and that senior and middle managers need training to know how best to respond when issues arise.

To address these sorts of issues, company culture is crucial, as underscored by the findings of the survey.

Two-thirds (66%) of respondents said that an example set by other team members would help them challenge banter; 58% said a more diverse workplace would help them feel more confident reporting comments; and 55% said strong messages from senior leadership would help, too.

Just over half (55%) said anonymous reporting would be useful, although NextGen Committee member Sebastian Lancaster, a senior client adviser at VTS, shares his apprehension about taking this approach.

“There’s an overriding fear [among peers he spoke to] that somehow that feedback might be kind of manipulated and end up back in line management’s hands and come back to affect people,” says Lancaster.

The way that feedback is received and shared is crucial: 62% of survey respondents said that improved feedback could help line managers support their team members.

“My challenge to the leaders within our industry is that there’s no more room for excuses – it’s time to say enough is enough,” says Jennifer Newsham, an associate director at JLL.

She takes aim at those hampering the efforts of employees pushing for change. “If they are not with the programme change, they need to go and stop dragging everyone else’s efforts down.”

The aim of NextGen Committee members is to break down long-standing barriers to entry and push through changes that are necessary to make the property sector more diverse and forward-thinking. The survey is an important step in the right direction.