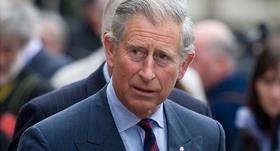 The letters to members of Tony Blair’s cabinet in 2004 and 2005 cover a range of topics including farming, the armed forces and development.

Included in the cache of letters, released after a decade-long legal battle by the Guardian newspaper, is correspondence with-then culture secretary Tessa Jowell about the listing of the General Market and Annexe buildings at Smithfield market in London.

In a letter to the Prince, Jowell wrote she was aware he had contacted then-English Heritage chairman Sir Neil Cossons in support of the listing.

“After careful consideration of this evidence, and advice from English Heritage, I have decided to list, at Grade II, the Red House cold store for reasons set out in the attached decision letter,” Jowell said.

“I share your concern about the fate of these buildings, and whilst the General Market and lavatory block do not appear to be of sufficient architectural and historic merit to meet the listing criteria in their own right, I consider that they nevertheless provide an important contribution to the character of the historic area.

“I have therefore written to the deputy prime minister suggesting that he call in the conservation area consent application for the demolition of these three buildings.”

The Prince of Wales, who is known for intervening in the past on sensitive developments, replied that he welcomed the listing of the Red House cold store, and hoped the deputy prime minister would intervene.

He wrote: “As you know, I attach the greatest importance to preserving, restoring and re-using such precious heritage townscapes and I can only pray that the deputy prime minister will take your advice and give the most careful consideration to development plans.

“I shall follow what ensues with the greatest possible interest, particularly in view of what happened at Bishopsgate Goods Yard.”

The word ‘particularly’ is underlined in the letter. Prince Charles had publicly criticised redevelopment plans to convert the railway site into offices at the time.

Both Smithfield Market and Bishopsgate Goodsyard are still the focus of ongoing battles between campaigners and developers.

Bishopsgate Goodsyard is also the subject of a controversial £800m redevelopment by Hammerson and Ballymore.