Railway arches are hot property for food and beverage operators

For some time, development has been picking up along the South Bank, from London Bridge right down to Nine Elms and Vauxhall. 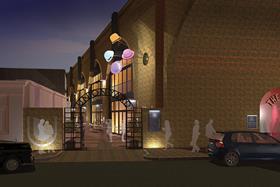 Office and mixed-used schemes are particularly fashionable. However, the area’s food and beverage offer is struggling to keep up.

A lack of opportunities means any available space is in high demand. As a result, a new type of property is becoming increasingly popular among operators - railway arches.

“There is increasing demand for A3 spaces and arches make really good spaces,” says Nick Goodman, partner in Montague Evans retail and leisure team, who is advising Network Rail on its disposals. “Traditionally, they were put to pretty unattractive uses such as car-part stores.”

The high number of train lines coming via the South Bank into central London means the density of arches is high. To a restaurateur who wants outside space and no noise limits imposed by upstairs residents, they hold a lot of potential.

“They’re interesting, brick-lined spaces and often quite high, which means you can create something really theatrical,” says Goodman. “Restaurant operators are really into this; they particularly resonate with smaller operators.”

Network Rail is developing a number of railway arches along the South Bank, such as Union Street Arches, which is a prime example of what it hopes to achieve, says Goodman. The Union Theatre is relocating to one unit alongside a café, leaving three units for leisure operators.

Each unit is about 1,250 sq ft-1,300 sq ft on ground level, with potential for either a half or full mezzanine and the quoting rent is £43/sq ft. Goodman says they already have several bids. “It’s quite quirky space,” he adds.