Imagine the property lifecycle of an average person growing up in the UK today. 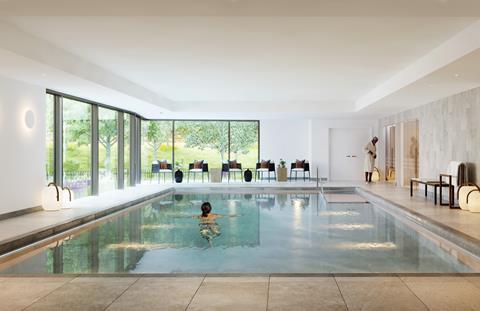 In the swim: Audley Group is about to build its first Mayfield Village, which is catering to a mid-market demographic

They might begin their adult life in student accommodation, before moving on to a co-living apartment. At some point they might own or rent a family home before finally downsizing to a retirement living facility.

Now imagine they could do all those things within the same scheme. That is the concept behind blended living, which – in theory at least – allows someone to move seamlessly through the same development depending on their stage of life.

Blended schemes are attracting growing attention in the US property market, where investor interest is more mature. In the UK, true blended schemes remain a pipe dream at present, but experts believe they have the potential to unlock future regeneration opportunities and support the health and wellbeing of an ageing population.

So why have blended living schemes not taken off in the UK yet? And what is the market shift that will make it commercially attractive to develop and invest in this type of intergenerational scheme?

“The biggest challenge is that it needs to be developed from scratch, which takes time,” says JLL associate researcher James Kingdom. “Scale at a truly blended level isn’t available yet.”

Planning, education and pricing all present further challenges, not to mention the cost of building such schemes, according to Gary McNamara, strategic projects director at Inspired Villages. “Time, experience and further gathering of data as to the extended benefits of blended living schemes will hopefully lead to more being created,” he adds.

For blended living to really catch on in the UK, McNamara says collaboration between different parts of the property market is key. “This includes different operators such as senior living, build-to-rent [BTR], student housing and hotels, as well as housebuilders and other developers, which are traditionally all about build-to-sell developments.”

Audley is one developer showing the way. Its recently opened luxury retirement village at Cooper’s Hill in Englefield Green, Surrey, has not been conceived as a true blended scheme, but the wider development boasts many of the characteristics of intergenerational living.

“As you drive on to Cooper’s Hill, on the right-hand side you’ve got an element of affordable housing, at the back of it you’ve got student accommodation, then you’ve got some luxury housing and then you’ve got the retirement community, so we’re already doing it there,” says Audley managing director Kevin Shaw.

People would want to live in these vibrant communities.

“I won’t say that it was our strategy to think about blended living. It was just a great site for us, but over the past few years, it’s become more and more obvious that people are happy and would actually want to live in these communities where there is a bit more vibrancy. That has led us to the point of saying there is a clear strategy that we are open to looking at these opportunities.”

Later this month, construction is due to start on Audley’s village at Sunningdale Park, Berkshire, where the land has again been acquired in partnership with a housebuilder.

Meanwhile, a piece of land in Watford, Hertfordshire, which will host Audley’s first Mayfield Village – catering to a more mid-market demographic – has been acquired from Watford council and Kier within a development that has different elements of residential.

Audley is not alone in spotting the appeal of assets that cater for intergenerational living. Kingdom notes that student housing developers such as Watkin Jones and Fusion are moving into the co-living and BTR sectors.

Kingdom adds that a growing number of investors have also engaged to various degrees across the living sector, the most obvious example being Greystar. “While mostly synonymous with UK student housing, it has a growing pipeline of BTR beds under construction, although a fraction of what it operates in the US,” he says.

Although many UK institutions have invested in a mixture of senior living, BTR and student housing – a recent future living report by Investec Structured Property Finance found that 91% of investors believe a blended investment approach will become common within five years – Kingdom says that as yet “there are no platforms to encompass all three under one single vehicle”. 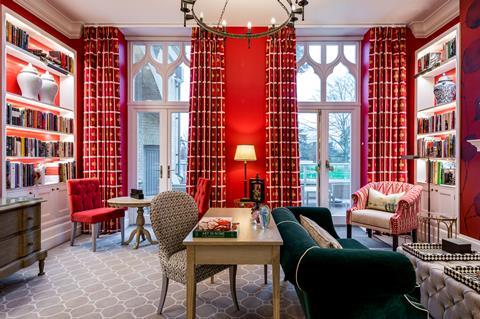 Age old: Audley Group’s retirement village at Cooper’s Hill, while not a blended living scheme, has some characteristics of intergenerational living

Market dynamics might be about to change that. “One of the things we are looking at in some detail and have launched a fund around is the fact that there seems to be a lot of obsolete retail around now,” says Alex Short, portfolio manager at asset manager AEW UK. “There are town centres that are becoming pretty much like ghost towns. Our view is that at some point retail will need to be taken out of the supply chain so that there’s more of a supply-and-demand balance.”

Short says the approach AEW UK believes is most likely to gain traction is from mixed-use redevelopment that includes elements of residential and leisure.

“Residential could potentially cover anything from student accommodation to retirement living to senior living and nursing care to normal private residential rentals – in these schemes, I think [a mix of uses] will be necessary to make it viable,” says Short, before adding the caveat that “it’s quite a tall order for an individual developer to undertake a scheme as significant as that”.

I think a mix of uses will be necessary to make it viable.

Planning is another potential barrier to delivering a blended living scheme. Charlie Weatherill, residential capital markets director at Savills, points out that the delivery of retirement living, both as an independent use and as part of blended living, continues to be frustrated by the planning system in general.

“Ambiguity over use classes, uncertainty over required financial obligations and complex viability negotiations all serve to delay decision-making,” he says.

Kingdom adds that the planning (use classes) order makes it challenging to incorporate as many as four different uses that all provide a similar product, defined solely by the type and length of occupancy.

However, if councils can buy into the potential of blended living schemes as a regeneration opportunity, and developers can overcome some of the other barriers around cost and land availability, experts believe the economic and social benefits could be significant.

“Blended schemes can appeal to developers because multi-generational and multi-tenure developments on large sites mean there is no single entity carrying all the risk,” says McNamara.

“On top of that, there is also the appeal, to both developers and occupiers, of creating communities that hold huge social and economic benefits because they help combat loneliness and isolation, which cause all sorts of health issues.”

McNamara believes that in time it will be possible for people to live in the same scheme run by the same operator throughout their lives, albeit most commentators agree that the transient nature of modern life means this is unlikely in practice.

Weatherill says it is more conceivable that an occupier would return to a place they are familiar with in their older years, while Shaw says there could be an appeal for a family to move closer to older relatives, where there is a retirement living element within a wider residential scheme. 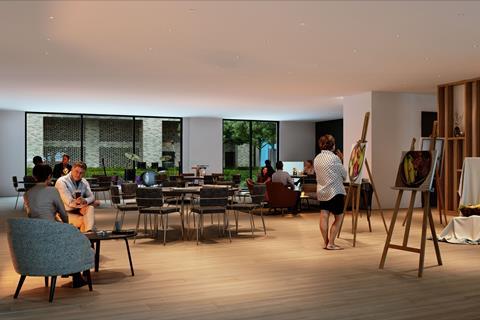 Come together: blended living schemes may hold potential for combating loneliness and isolation

To make the most of these opportunities, operators involved in blended schemes will need to think carefully about the range of amenities they provide and whom they provide them for. Luxury amenities such as swimming pools, restaurants, bars – and even cinemas and hair salons – are already common in the US, where the retirement living sector is far more developed than in the UK.

Shaw notes that Audley villages already contain these types of amenity, some of which are open to non-residents.

However, Samantha Rowland, senior living director at Savills, suggests that sharing such facilities within a blended scheme may have limitations. “Senior occupiers may not feel comfortable sharing gyms or pools with all other age groups living in the community, all the time,” she says.

“Similarly, in the restaurant or café bar, an older person may feel uncomfortable sitting at a table on their own, whereas a younger person would probably share their table with technology of some sort. It’s not often that amenity provision will span an entire generation and also not be provided at a cost.”

Rather than plunge head first into a fully blended scheme, a more realistic first step for UK developers could be to develop schemes that blend elements of retirement living with care home provision.

“This is where we will most likely see more traction in the sector – either care home operators building senior living alongside, and therefore creating a feed into, the care homes,” says Rowland. “Rather than using bedrooms for respite care, an apartment on site may appeal for a longer-term stay.”

It creates good synergies for different age groups to interact.

Speaking at Property Week and Dentons’ retirement living roundtable in November, Riccardo Abello from Franklin Templeton described what he referred to as “care home 3.0” in Milan: “It contains a nursery, a gym, a pool and a medical office. The idea is that while you drop your kids off, or if you go to see the doctor, you might drop in and see your parents. It creates good synergies for different age groups to interact.”

Shaw says that Audley villages are already starting to facilitate more interaction between young and old through initiatives such as dedicated family pool time. And while the business has no plans to start building student accommodation any time soon, he does believe that “intergenerational living is the future”. Just how far in the future remains to be seen.