Are the UK regions worth investing in?

A leading Canadian institutional investor has doubts, particularly regarding Manchester’s booming PRS market. But proponents say it is never a bad idea to follow the local money… 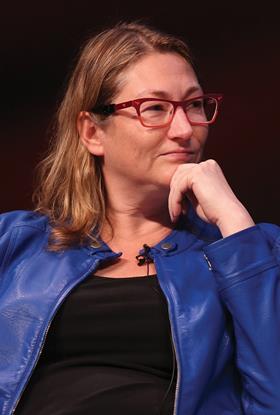 Lisa Lafave is senior portfolio manager, real estate, at Healthcare of Ontario Pension Plan (HOOPP), which has property assets of £5bn including £540m in the UK and £320m in Europe

Like every other international institutional investor, my primary interest in UK property focuses on London. That applies to all markets, but particularly residential. The capital simply has far more depth than any of the regional centres.

I have been looking specifically at Manchester, which I love and I visited in June. But I do have concerns. It comes across as so pro-building that it seems as though there is a new announcement of something being built or coming to the market every other week. This particularly applies to the private rented sector (PRS).

I know a lot of investors have been attracted to it and are looking at the other UK regions, but I just worry that the amount of money they are attracting could create a lot of supply and an imbalance in the market.

Manchester has good demographics, with a large student population, and it is attracting millennial workers as well. Some new companies are relocating there, which is also encouraging. They are creating some interesting mixed-use schemes and are sending out all the right signals.

But so far as the PRS is concerned, there is a considerable amount of supply that is coming onto the market all at the same time and that is going to dampen rental growth.

The differential between PRS and home prices is just not as large as it is in London. A young professional couple will only need to spend a few years in the rental market before they can afford to buy their own home in Manchester.

London, on the other hand, is always going to have a very large rental market. There will be a huge number of renters over the long term, whereas in Manchester there will be a far lesser proportion of renters.

I am following my intuition and being cautious, but it is a view also learned from researching the market. Here in North America, PRS is quite a mature industry and it is very institutionally funded and managed.

I really feel that there is a great opportunity in the UK and the demand/supply imbalance that is really focused in my mind at this point is London. It is still a very good opportunity to get into a sector that can become a good long-term asset for an institution such as us. Curiously enough, we do not at present have any residential assets in London, but I am exploring the opportunities.

I am not deterred by the prices there that are being asked today. The London PRS market is getting more and more competitive, but I think the rental growth will be there to offset some of these increased costs that allow us to get in.

As London becomes more competitive, so do the secondary cities as well. But because they are smaller markets, the supply/demand imbalance goes away pretty fast.

As yet, I have not had a close look at Birmingham, but it is a city I would like to visit and investigate. I have done more research into Edinburgh, which comes up as one of the markets that can be explored for the PRS sector.

While I am wary of some of the UK regional centres so far as residential is concerned, other sectors in the UK do have undoubted attractions. We have a 330-acre logistics park near Doncaster, for example, where we are building two spec buildings, of between 150,000 sq ft and 200,000 sq ft, with Verdion. We also have partnered with Meyer Bergman in developing the Broadway shopping centre in Bradford.

But I am cautious about the UK regional cities. They have to be sustainable in terms of their economies, with transport links, jobs and so on. It goes beyond what the political framework is. In preference, we will continue to explore opportunities in Europe, where we already have investments in Germany and in Paris.

I hasten to add that these are my initial views. I am from Canada, after all, so what do I know? 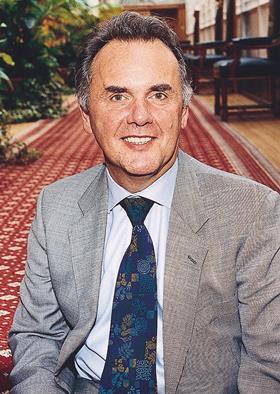 Birmingham and the West Midlands region are among the UK’s most attractive investment destinations and a major gateway to the world. We are competing internationally as a business location - and winning major investments as a result.

The likes of HSBC, Amazon, KPMG, Jaguar Land Rover, Extraenergy, Genting, Guhring, Changan Automobile and Deutsche Bank are all locating or expanding their presence in Birmingham and its surrounding areas. Their requirements range from office space to factory sites.

Industry experts have also recognised Birmingham’s potential. It has the best investment prospects of any UK city, and is ranked the sixth most investable in Europe by international investors, by PwC and Urban Land Institute.

Further interest from overseas will be stimulated by new physical infrastructure schemes including Birmingham Airport’s £40m runway extension and the £600m redevelopment of New Street station.

Birmingham has the best investment prospects of any uk city

On the horizon, the construction of HS2 is set to generate £14bn GVA per year for the wider region. Comprehensive masterplans have been developed for the region’s two HS2 terminals at Birmingham Curzon and UK Central in Solihull to unlock growth, boost regeneration and create new jobs.

Other areas with significant investment potential include Birmingham Smithfield - a £500m plan to regenerate a 14 ha site in the city centre - and Snowhill, where 200,000 sq m (2.2m sq ft) of offices will be built in the city’s business district. Meanwhile, Paradise, Birmingham’s £450m redevelopment scheme, is creating a new public realm and mixed-use space.

We do face the challenge of limited grade-A office stock, estimated by Colliers at 175,000 sq ft. However, Birmingham city centre is planning more than 1m sq ft of office construction to be completed from 2017, according to data from CBRE.

Thanks to our international accessibility and strong economic performance, the region’s reputation as an international investment destination is rising. Growing numbers of people and businesses are flocking to the West Midlands, bringing with them significant demand for space.

Residential developments have become a key focus for the region. Birmingham City Council is targeting £9bn of investment from property developers to meet our target of building 80,000 new homes by 2031.

Crucially, the need for space and connectivity from residents and businesses is now being addressed by the West Midlands Combined Authority. We are taking the future into our own hands with an £8bn devolution ask that focuses on skills, transport and future land use.

Proposals to set up a Land Commission will provide a more effective and cohesive approach to growing our economy and attracting further investment for many years to come. 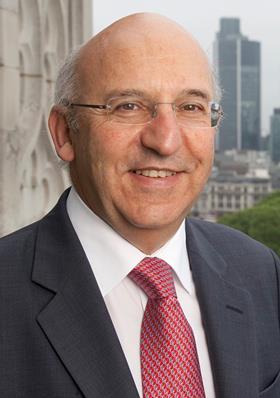 Sir Michael Bear is chairman of the Regeneration Investment Organisation

As chairman of the Regeneration Investment Organisation (RIO), part of my role is to encourage international investors to consider our pipeline of UK-wide regeneration projects, on behalf of the government.

One of the most positive transitions I have witnessed in the last two years since RIO’s inception has been the increased willingness of institutional investors to consider the range of investment opportunities outside the capital. And it is not just willingness - investors from around the world are increasingly committing capital to the UK’s core cities.

During the prime minister’s visit to south-east Asia in July, JLL calculated that more than £28bn of inbound capital had been pouring into the UK regions. It also identified that the yields in the regional office sector were up to 1.5% higher in the UK’s Big 6 cities than in London.

This was not just a question of one firm talking its own book. In the same week, Singapore company Heeton Holdings announced it had acquired a 2.45-acre regeneration site in Leeds city centre - wonderful affirmation of the work regional cities are doing to present a compelling investment story.

The message to international investors is: follow the local money

More recently, the chancellor spent time in China’s westernmost province, Ürümqi, as part of the economic and financial dialogue with the Chinese government. During his visit, he announced that Scarborough had secured investment from Hualing Industry & Trade Group, which announced its intention to provide the investment needed to unlock three major property projects in Manchester, Leeds and Sheffield with a gross value of £1.2bn. The three projects are expected to enable the delivery of 10,000 new homes.

We expect this trend to continue with two important characteristics. The announcement from Singapore group Rowsley and Beijing Construction Engineering Group of their funding agreement to develop St Michael’s Manchester alongside the Jackson’s Row development partnership with Manchester City Council highlights the importance of (1) strong city leadership and (2) local partnership.

International investors are increasingly seeking cities that champion their own strengths in a crowded international market of cities seeking investment. The work undertaken by Birmingham, Bristol, Glasgow, Cardiff, Leeds and Manchester to give investors the courage to step out of their comfort zone is highly commendable.

The second point worth acknowledging is the message I repeat to international investors ad nauseam: follow the local money. All the investment examples I have noted above include collaboration with strong UK players. As we have seen in the relationship we have developed with Legal & General in support of its urban regeneration investments, we believe this proposition is attractive to international investors - when the local market commits to the regions, the international market should follow.