The need for a large music arena in Bristol is widely recognised, as the biggest music venue in the South West’s most populous city is Colston Hall, which holds just 2,000 people. 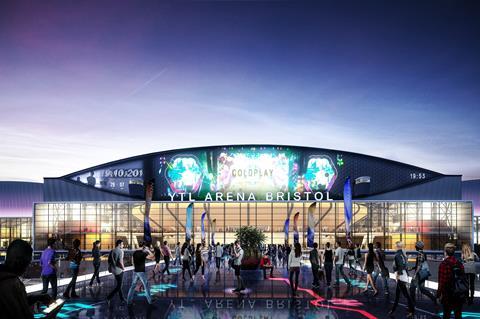 Plans in the air: the proposed arena at Brabazon Central

Yet, while it might sound like a simple idea, the creation of a new arena in Bristol has been fraught with difficulty. Over the past 15 years, both the council and local developers have spent millions on a variety of plans, all of which have come to nothing.

In a major development last month, Bristol mayor Marvin Rees decided to reject the latest proposal for a 12,000-capacity music arena in Bristol city centre. Going against the wishes of the council, which had voted for a revised £150m scheme just 24 hours earlier, Rees maintained that the price of the proposed development was too great for the taxpayer to bear.

Property Week spoke to the city’s developers and politicians to get their take on the latest twist in the long-running battle for a new arena for Bristol.

Temple Island, a derelict plot of land close to Temple Meads station in the heart of the city – which has since become known as ‘Arena Island’ by developers and locals – has been the site for most of the proposed schemes, which have ranged in capacity from 10,000 to 15,000.

The first proposal, unveiled back in 2003, by a joint venture between the city council and the now defunct South West Regional Development Agency, promised that an arena would be built by 2008. The council spent £16m clearing the site but abandoned the project in late 2007 due to a lack of funding.

Then in 2009, George Ferguson, a prominent architect and later mayor of Bristol, put forward new plans for an arena at the Temple Island site, but these also failed to get off the ground. The new arena was initially expected to be complete in 2017.

However, in 2016, the project was delayed due to a spat between Ferguson and the council over parking. When Rees was sworn in later the same year, he delayed completion date until 2019, and then until 2020, because of a disagreement between the council and construction firm Bouygues over spiralling costs. 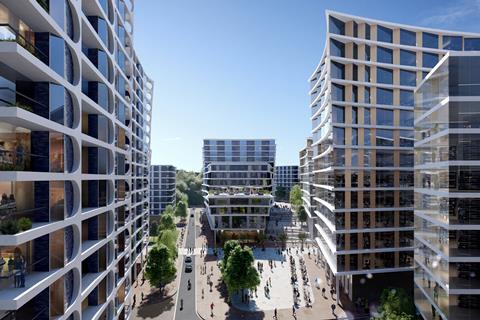 Andrew Billingham, managing director of the YTL arena project, has high hopes for the Filton scheme. At 26 acres and with capacity for 16,000 people, the proposed Filton arena would be larger than the Temple Island scheme, and Billingham points out that it has the potential to be one of the largest arenas in the UK.

As for the fate of Temple Island, Rees has championed L&G’s mixed-use scheme, which comprises a conference centre, new homes, office space and a hotel, on the grounds that it would create jobs. He also stresses that there is nuance in his view that he feels is being missed. The city centre proposal was that the best location for the arena is Temple Island. “I can 0vote for that. But that is if all other things are equal,” he emphasises. 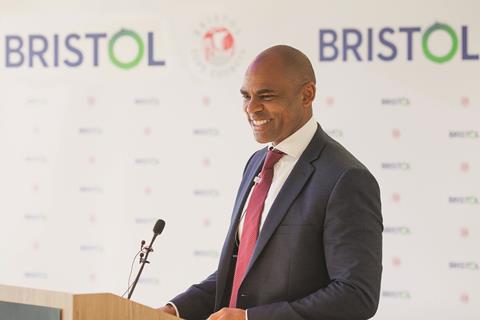 Rees’ case is that all other things are not equal. The Temple arena would cost the taxpayer £150m; the L&G scheme is being paid for by L&G. He believes the L&G option is therefore less risky, particularly given the risks associated with Brexit, and would potentially make better use of the site.

Paul Isaacs, managing director of Generator Group, views Rees’ move as hypocritical, arguing that the private sector would never be allowed to take a plot of land that had been earmarked for an arena and push for a mixed-use scheme instead. According to Isaacs, Rees is being held to a different standard on this front. 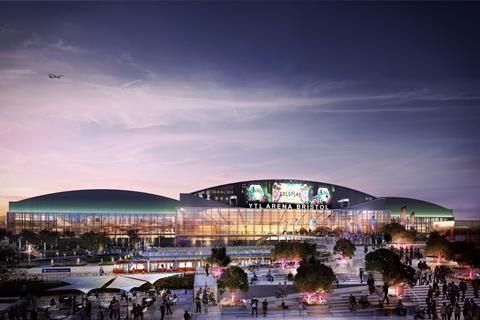 Local political leaders are also critical of Rees’ choice. The Tories called it the “wrong decision”, the Lib Dems called it “a disaster” and the Greens stated that Rees’ concerns over risk were based on “no evidence”. The mayor’s answer to such criticism is simple: “They didn’t get elected and then see all the finances.”

While the L&G proposal has the formal support of the mayor, the question of his support for the YTL scheme has been the topic of some debate.

In an open letter to the Bristol Post, Ferguson also said Rees could not “morally” or “legally” back the Filton scheme because he visited YTZ in Malaysia and accepted flights, a room at a luxury hotel and meals from the company as part of the trip.

YTL’s Billingham denies that the mayor has already given the project his backing. “We’ve never entered into that debate,” he states. Billingham says YTL’s position has always been to wait until the council made its decision on where the arena would be located before pressing ahead with its plans. If the mayor and the council had decided on a city centre arena, Billingham claims YTL “would have gone back to the drawing board”.

Ferguson firmly disagrees with the Filton proposal for business and logistical reasons. His view is that the Bristol arena should be in the city centre because of the business it would bring and because Temple Island’s existing transport links would make it an easier venue to get to. 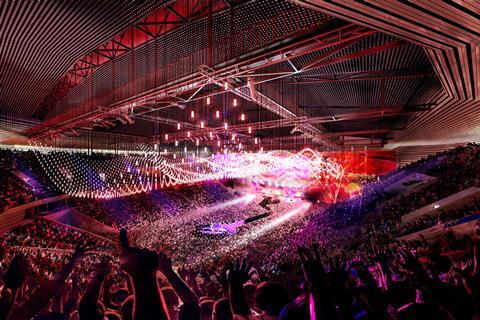 Inside information: interior of the proposed Brabazon Arena

“It would be impossible for any self-respecting city planner to recommend approval for such a significant venue on the edge of the city when alternative sites exist in or near the centre, as they clearly do,” he told the Bristol Post.

Reflecting on everything that has happened with the arena since, Ferguson confesses that not pulling the trigger on a potential Temple Island arena when he was mayor is one of his biggest regrets from his time in office.

Many local developers are in agreement with Ferguson that it is a missed opportunity. “I don’t see why we can’t make it work when other cities can,” says Robin Squire, regional managing  director at Acorn Property Group. “An arena in the centre of Bristol has to be a doable thing.”

Squire also worries that further delays to the arena project may mean that it misses the economic cycle and can’t be finished due to a downturn. Stuart Hatton, director at Umberslade, concurs that there “is a bit of uncertainty about” in the market. “It begins with a ‘B’,” he clarifies.

Another critic of the Filton arena proposal is Gavin Bridge, director at Cubex. “We’ll try to be supportive, but the city centre is the right location,” he asserts. Fellow Cubex director, Peter Walford, feels that Rees’ focus on saving money misses the point. For him, the influx of people to the city willing to spend money on local businesses would outweigh the cost.

Bridge refers to the recent Labour conference as an example of this. The event, which attracted 13,000 people, was held in Liverpool, and Bridges thinks that all of those people could have instead visited Bristol instead if the city had an arena big enough.

Umberslade’s Hatton echoes this concern. “If it’s in Filton, people will drive up to the arena and then leave,” he worries. “An arena needs to be in the city centre.” 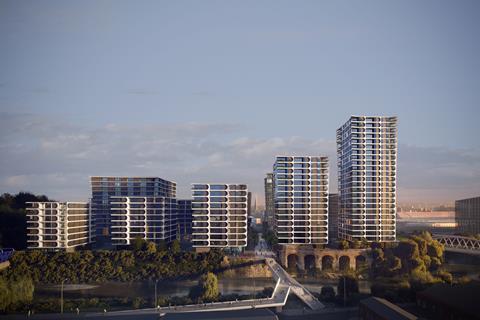 In the mix: L&G’s proposal includes a conference centre, homes, offices and a hotel

In response to this, YTL’s Billingham says that the Malaysian developer’s aim is to give back to the community. YTL’s ambitious plans for the 250-acre site are to build 3,000 homes, three schools and a railway station as well as the arena.

While an arena in Filton is seen as a bad compromise by many, the biggest fear Cubex’s Walford has is that it won’t happen at all. Considering Bristol’s history of failing to build an arena, his cynicism should come as no surprise.

Assuming the project does end up happening, whether in Filton or on a city centre site, Cubex’s Bridge has a word of warning: “Whoever takes it forward will have to be aware of local feeling.”

After 15 years of broken promises, this is more than just an arena to most Bristolians. It’s a sign of local government and local business failing to work together for the good of the people.