Few developers of retirement living schemes venture into London. The capital is too expensive and the competition for land sites too fierce. 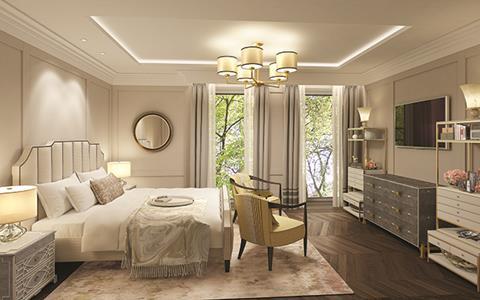 For this reason, most of the retirement living operators remain on the outskirts of the M25, but not Auriens, which has recently secured a partnership with nursing and care operator Draycott to develop a luxury scheme of 54 retirement homes within a private members’ club in the heart of Chelsea.

The company claims that Auriens Chelsea, which is set to open in 2019, will “herald a new age in retirement living”.

Karen Mulville, a co-founder of Auriens, says: “For years, the housing crisis debate has centred on the needs of the millennials. Auriens is focusing on the other end of the market - the rapidly expanding group of ‘later-lifers’, the ‘perennials’.”

The scheme at 2 Dovehouse Street, which has been dubbed “London’s most glamorous retirement home”, will include a bar and restaurant, a gym, a spa, a cinema and a library, as well as concierge and chauffeur services.

Auriens says the interior - designed by Richmond International - will be “reminiscent of a high-end luxury hotel” combined with 24-hour healthcare.

The Royal Borough of Kensington and Chelsea granted planning consent in April. Construction work is expected to begin in the next few weeks.