One of the things that Barwood Capital’s managing director Joanna Greenslade believes sets the company apart is that it is based in Northampton. 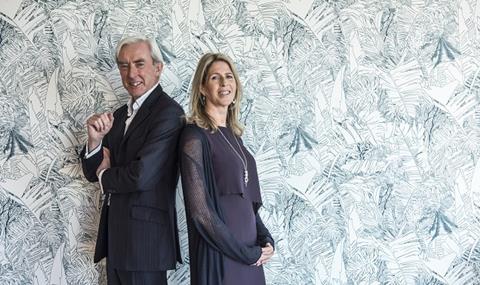 For a real estate fund manager that is focused on the regions, she argues that this gives it an advantage over London-based managers.

“Our base is firmly in the Midlands and that’s one thing we pride ourselves on,” says Greenslade. “You need to spend time in London, but the real USP of our business is deal-sourcing. And for that and to manage assets effectively, you need to be on the ground.”

Until recently, Barwood Capital shared offices with db symmetry, the logistics developer created in 2015 as a joint venture between Barwood Developments Limited (BDL) and Delancey.

Make sure your views are heard in 2018’s logistics census

Barwood Capital itself was founded in 2009 by the directors of BDL, which effectively acted as the development manager for the firm until db symmetry was created. Since then, Barwood Capital has become more agnostic about who it works with and now teams up with a wide range of developers on projects as well as using its own in-house team.

It has also grown significantly in that time. Last year, the business moved a mile down the road into new offices, which are almost double the size of the old one. “We were bursting at the seams,” says Greenslade.

The new offices will be a launch pad for Barwood Capital to further accelerate its growth. Over the past year, the company has already made its intentions clear by making a string of key appointments.

Last summer, it installed former Mayfair Capital chief executive Guy Brogden, who was already on the board as a non-executive director, in the newly created role of executive chairman. It then strengthened its investment team by hiring PropSki founder William Chambers from JLL as investment director and earlier this year, Hugh Elrington, who was head of UK transactions at Rockspring, joined as a board member and head of property.

Elrington’s arrival coincided with another milestone for the firm. At the same time, it closed its fourth fund raising £76m of equity – with leverage, the five-year fund will have the firepower to invest about £150m. Since the launch of the first fund in 2009, which was backed by high-net-worth individuals in the Northampton area, Barwood Capital’s funds have increased in size and the investor base has also broadened.

“In the new fund, we have a lot of new investors, Merseyside Pension Fund for example, and a large number of high net worths who see this as a unique opportunity to get into property development,” says Greenslade. 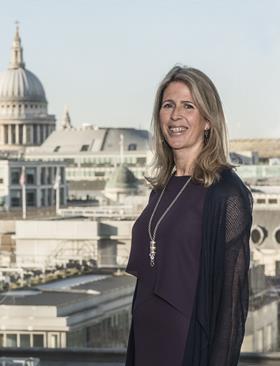 Barwood Capital has a strong focus on development, which has helped bolster the returns it has delivered for investors. The first fund delivered returns of 12% a year over five years, the second 15% and the third is also on track to deliver returns of almost 16%.

The firm prides itself on taking a hands-on approach. Greenslade says: “It’s easy for a fund manager sitting in London to have quite large portfolios where they don’t have the time, instinct or understanding to go out and speak to their current or prospective tenants in person, whereas we do build and maintain those relationships. That’s one of our fortes – a more personal approach.”

Although the firm does some development work in-house, when operating outside the Midlands, it typically works with other developers and even in the Midlands, it is happy to back others on the right deal. For example, it is funding a 100,000 sq ft warehouse that has been speculatively developed by First Panattoni.

“It’s a great example of an institution dropping the ball after the Brexit vote. An institution had it under offer with First Industrial [now First Panattoni] but got cold feet and we picked up the funding position,” says Brogden.

The Birmingham deal was completed on behalf of Barwood Capital’s third fund, which had a strong focus on industrial, something that is set to continue with the new fund. If anything, the weighting to industrial will be even higher for the latest fund.

Greenslade says she feels confident about the rental growth outlook for the industrial market but would be surprised to see further yield compression.

Another area of increased focus for the firm is the residential market, where it works exclusively with third-party developers. Currently, it is working with six developers to build around 200 homes with a gross development value of about £80m. That is likely to increase significantly in the years to come if plans to launch a residential-only fund come to fruition.

“Our next step is to do a resi-only fund,” says Greenslade. “There are a lot of development managers that are missing an equity slice who approach us directly or who are referred to us through Close Brothers who we bank with. We have a great pipeline of resi opportunities.” 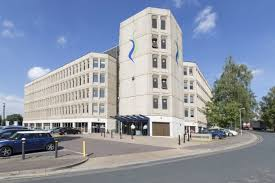 Barwood is converting Riverside House in Northampton into student accommodation

Another sector that Barwood Capital is planning to focus on more is alternatives. At the end of last year, it secured outline planning permission for 400 units of nursing or student accommodation at Riverside House in Northampton, which is located next to a hospital and a new university campus, and is on the lookout for other similar opportunities.

At the same time as the firm looks to increase its investment across industrial, residential and alternatives, it is planning to selectively invest in the office sector. Greenslade says that office occupational requirements are not “as forthcoming” as they were before the Brexit vote but that there are still good investment opportunities to pursue.

However, despite her concerns about Brexit, Greenslade is still upbeat about the outlook for real estate, citing the large gap between property yields and bond yields. She also believes that the firm’s focus on parts of the market that are underpinned by “structural change” will serve it well as it looks to accelerate its growth.