Brighton & Hove leads the 5G charge as it launches testbed

With its large student population and long-term reputation as a magnet for creatives, Brighton & Hove has had little trouble attracting tech and creative talent, despite its surprisingly poor record on download speeds. 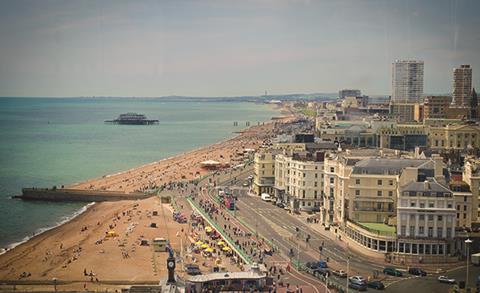 Brighton & Hove is a popular area in the south to live outside London - Source: Flickr/Garry Knight/Creative Commons

A report published last month by consumer group Which? and independent mobile coverage signal analyst OpenSignal, found that among the UK’s 20 largest urban areas Brighton currently has the slowest 4G download speeds in the country. Clocking in at 17.6mbps, it would take a business 10 seconds longer per 500MB to download data in Brighton than in Derby.

This would usually be a big swing factor for potential office occupiers, especially those in the TMT or co-working sectors. But, as Property Week’s Hot 100 Office Index 2017 revealed, Brighton now ranks as the hottest potential UK office market outside London. The download speed is also likely to improve rapidly in the near future. In March, it was announced that a 5G testbed was to be launched in the city ahead of a nationwide rollout from 2020.

Industry expert Philip Mason, from Land Mobile, explains why 5G will make such a difference. “5G will be much, much faster than 4G, making 4G and even high-speed fibre broadband seem sluggish,” he says.

“A minimum expectation is for download speeds of 10gbps, more than a thousand times faster than 4G and enabling an entire HD film to be downloaded in less than 10 seconds. That compares with a similar number of minutes for 4G, which is contingent on having peak rates for the entire download and that is very rarely the case, especially in cities like Brighton.” 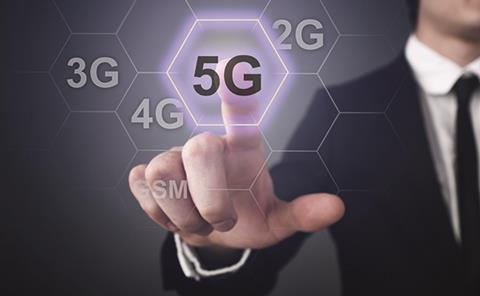 The introduction of 5G isn’t just a draw for desk-bound office workers. Mason says that it can also support the development of “place-based technologies such as driverless cars and connected smart cities”.

Being the first city to commit to 5G is not without risk. Tim Cull, head of business radio at the Federation of Communication Services, says: “The 5G story is complicated because it could be a very expensive solution for a problem that may or may not exist. If you put base stations all over the place, which they’ll have to do because the frequency at which 5G works is so high, you’re going to have to think seriously about cost.”

It’s a gamble that may be worth taking for Brighton, especially given the competitive nature of the M23/outer M25 market highlighted in a recent report from Knight Frank. “The region has a broad base of occupiers of all sizes and drawn from all industry sectors but with an increasing slant towards TMT thanks to the high-end amenities and [Southern Rail-dependent] great transport connections,” says national offices associate Jack Riley.

“But with tight geography and a constrained development pipeline, the competition is strong between the distinct clusters you see in the region. The more mobile and flexible businesses will always be attracted by potential advantages such as first-mover 5G connectivity.”

The testbed, backed by the University of Brighton, has initially been set up within the Fusebox innovation hub in New England House near Brighton station, but will eventually expand to cover a wider test area. The project will give digital businesses the opportunity to understand how their existing products operate under 5G conditions. They will also be supported to develop new ideas that benefit from the significantly faster and more reliable connections that 5G can provide.

However, the scale of the 5G trial reveals how more bandwidth availability is key, with higher frequency ranges likely to become very ‘crowded’ as the faster networks take off. This means that the only future-proof solution is to share, according to research from the University of Sussex. Its head of engineering and design Professor Maziar Nekovee believes that 5G is needed for the new technologies that are becoming available.

“The mmWave [millimetre wave spectrum at extremely high frequency] is the next frontier in wireless communications to meet the future demand for more bandwidth and capacity, driven by the expected massive increase in connected devices and mobile data traffic,” he says. “Phase one of 5G is focused on ultra-fast mobile broadband, but with technologies such as virtual and augmented reality racing ahead, we need 5G in order for our infrastructure to catch up. From 2020, VR and AR will become commonplace and will deliver the first big transformation of the 5G era.”

At the vanguard (left to right): Dr Falah Ali and Professor Maziar Nekovee of the University of Sussex and Dr Richard Rudd of Plum Consulting

The full three-year programme of engagement with businesses is supported by funding from Digital Catapult. “For the UK to realise the potential of 5G, real-scale open innovation testbeds are essential to bring early stakeholders together to explore both the opportunities and requirements for the mobile industry,” says CEO Jeremy Silver.

Speaking at the launch of the testbed earlier this year, the then digital and culture minister Matt Hancock agreed. “Government investment in projects such as the testbed will help to make sure that businesses of all sizes can create the products and services that will realise the full potential of [5G] technology,” he said.

However, Riley concludes that it will take a few years before the results of the testbed affect occupier demand, as supply issues continue to challenge the region.

The government must increase investment in 5G or the UK will be left behind - Edward Cooke, Revo

“There hasn’t always been office stock available in Brighton, given the geography and ownership of buildings. Add into the mix a strong academic infrastructure and a base of well-established and recognised occupiers and continued growth could be an issue within a massively constrained supply pipeline. So unless the 5G investment is backed up by infrastructure investment, the improvement could see a drive in rents before market growth.”

Edward Cooke, director of policy and public affairs at Revo, believes that ultimately long-term buy-in at the top level will determine the success of 5G both in Brighton and nationally. “A key issue of the future will be digital capacity - the government must increase the investment, speed and rollout of 5G, super-fast broadband and digital infrastructure to better embrace new technologies and early adoption or the UK will be left behind,” he says.

If that investment does materialise, then Brighton businesses are set to be among those to benefit most - and first.