Cambridge takes a new tack with its shared local plan

It boasts one of the world’s top universities and an economy that is the envy of the UK regions, but Cambridge isn’t resting on its laurels. 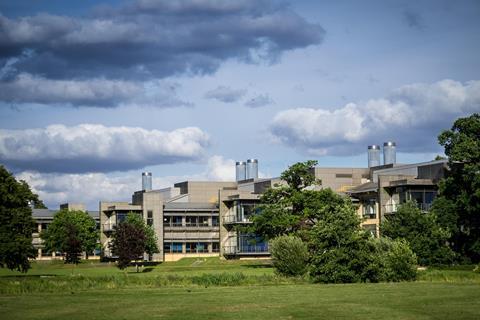 Local example: a major extension of the Wellcome Genome Campus is planned

It boasts one of the world’s top universities and an economy that is the envy of the UK regions, but Cambridge isn’t resting on its laurels.

An ambitious proposal entitled Greater Cambridge has been put forward to transform how the area will grow over the next two decades. It will see Cambridge City Council work in partnership with neighbouring South Cambridgeshire District Council to co-ordinate planning across their districts for the first time.

So why did this arrangement come about and what proposals have been put forth? 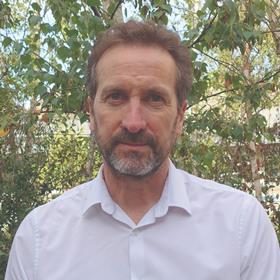 Head of Greater Cambridge Shared Planning Stephen Kelly says a co-ordinated effort such as this is long overdue. He adds that the area faces some “extraordinary challenges”, one of which is the predicted population rise from 274,000 in 2011 to 349,000 by 2031.

Another key challenge that comes with economic growth is “we have an obligation on behalf of the country, particularly as we emerge from the EU, as to how we can ensure that Cambridge is a strategic asset for employers looking to recruit people from across the world”.

Despite sharing planning services across authorities, the two councils adopted separate local plans in 2018. The new plan, which is expected to be adopted in 2023 and would run to 2040, covers an area of approximately 360 square miles in and around Cambridge and will focus on four themes: climate change; wellbeing and social inclusion; biodiversity and green spaces; and ’great places’.

The proposals also form part of the £500m city deal the region secured in 2014 that will provide infrastructure support and include key climate change targets.

A key strand of the proposals is new homes. Estimates suggest that Greater Cambridge will need up to 40,900 new homes between 2017 and 2040. The current plans identify 12 sites for development and the new proposals look to build on those plans and improve connectivity between villages, rural areas and the city.

Transport is another key issue. Modelling of commuter trips from new developments into Cambridge shows that as population and congestion increase, it will have an impact on the desirability of the location to both employees and employers.

Meredith Bowles, director at Cambridge-based Mole Architects, says that addressing transport issues such as this is key to the city’s success in the coming decades. “The big issues [for Cambridge] are transport infrastructure and social infrastructure,” says Bowles.

“With another 60,000 people trying to get into Cambridge from outlying settlements, if we can’t put in new rail or bus services or something more intelligent like bus-on-demand, what is going to happen? We’ve already put in another two lanes on the A14 [but] it will clog up [with traffic from new developments] to the point people want to get off it.”

A feasibility study by Cambridgeshire and Peterborough Combined Authority found that the introduction of an 88-mile, £4bn driverless metro system for Greater Cambridge consisting of four lines could support 100,000 jobs and 60,000 new homes. The zero-carbon metro would include 7.5 miles of tunnels bored underneath the medieval city.

“The issues for Cambridge are the green agenda and the travel distances from home to work,” says Garth Hanlon, head of planning at Savills’ Cambridge office. “Already in the past few years, there is more emphasis on the way people work.

“The daily commute will be a lot less in vogue or prevalent in the coming years – people will be remote working. In terms of getting about, the East-West Rail [scheme], the driverless train metro, new ‘greenways’ that are pedestrian cycleways going in and out of Cambridge and guided busways are vital to get people out of the private car.”

Cambridge’s thriving economy has not only put housing and transport under pressure – employment space is also being squeezed. A report in 2018 by the Cambridgeshire and Peterborough Independent Economic Review found that the region’s GVA could double from £22bn to £40bn in the next 25 years.

If you go back and look at the Welsh mining communities, the glue in those areas was the work.

Rob Sadler, head of office, business space, at Savills’ Cambridge office, says: “There is a shortage of commercial space in the city at the moment. Some of the proposals for the fringe sites [of the city] are looking at commercial space. We have a shortage of a full suite of uses including standard R&D and office-type space.

“A lot of the dirty commercial or industrial such as mechanics’ garages are being squeezed out. Standalone employment sites are being built on for commercial or office, driving some businesses out of the city.”

The two councils are also keen to develop different types of employment spaces that will allow the many spin-off businesses from the university to flourish.

“In the past, if you wanted space for commercial development you’d colour it blue and call it employment land, but we have to think differently,” says Kelly. “We have Microsoft and Apple in grade-A space. That’s clearly unaffordable for a small start-up, but new businesses have said to us that their biggest challenge is that the pace of growth happens very rapidly, so they often need space quickly.“

“What you really need to try and do is curate the entire economy, not just the higher-rate high-spec office options that can dominate [new developments] but the mid-tech –

metal-bashing and repairs – the roles the population at large can participate in and need. We don’t want a monoculture science park, but [then] find people have to drive miles to get an MOT.”

One local example that Kelly expects to be encouraged in the new local plan is the Wellcome Genome Campus. A major extension of the campus is planned. This includes 1.6m sq ft of flexible employment space, covering classes B1, B2 and B8, 1,500 homes, a nursery, a conference facility, bars and leisure space. The plans also include sustainable drainage, biodiversity enhancements, cycle parking and highway improvements.

The Wellcome plans were submitted in 2018 and are out for consultation.

“I don’t want to call it [the Genome Campus] a garden village, but what Wellcome is trying to do is replicate what the US provides with cutting-edge places for science, such as Stanford [University], which has accommodation, workplace and living built in,” says Kelly. “It’s about providing an authentic living and work proposition to attract talent.

“If you go back and look at the Welsh mining communities, the glue in those areas was the work, not the houses. There’s a lot of significant thinking going on about the sense of place. How do you build a community that will resonate with a global community who don’t want to drop £50,000 into a home when they may be rung up by Stanford [for a work offer] any day?

“That’s the challenge we’re throwing down to the traditionally conservative and unimaginative development community.”

And he hopes the new local plan will allow developers to step up to that challenge.