Equipped with just a £30,000 redundancy cheque and a site in Windsor, Robin Hughes set out to create a retirement living scheme fit for his mum and dad in 2010. 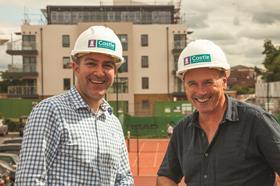 After eight years of hard work, his dream is soon to become a reality. In October, Hughes’ company, Retirement and Care Village Partners (RCVP), is due to complete Castle View Windsor, which he describes as an “innovative style of urban retirement village care home”, complete with ‘sky lounge’, 24-hour concierge, bar, café and Windsor Lawn Tennis Club membership.

The scheme has 64 one-, two- and three-bed apartments and five rooftop units. They range in price from £390,000 to £790,000 and 20 have been sold off-plan. Hughes’ parents will be among the first occupants to move into the £50m scheme, set in three acres of landscaped grounds with views of Windsor Castle.

Hughes, who has 20 years’ experience in the property and care industry, was inspired by schemes run by Ryman Healthcare, the leading healthcare village operator in New Zealand, where he set up a motorcycle touring business in association with Honda in 1999. 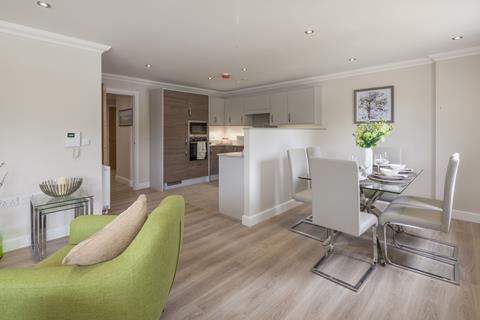 While zipping around the country on his motorbikes, he says he saw retirement villages everywhere. “I interrogated and investigated how they worked, how they were being built and why they were successful,” he says. “I was always looking at new concepts because most of the property concepts in the UK are pretty vanilla.”

He came up with the idea of bringing Ryman Healthcare’s model – which involves the creation of high-quality, purpose-built villages – to the UK.

Achieving that aim has been a long journey. While running his motorcycle business, Hughes also worked for Hillier Parker Fund Management and Norwich Union Investment and Development, before moving on to Soros and Delancey-backed vehicle Mapeley, where he managed client Abbey National’s national property and retail portfolio.

It was during his time at Mapeley that Hughes first mooted the idea of building a New Zealand-style care home village in the UK. Mapeley liked the idea, says Hughes, but believed it was too adventurous, risky and complicated for it to undertake.

“The concern wasn’t so much with Mapeley; it was the shareholders backing Mapeley who said I should find out more about it,” says Hughes. “I told them I thought it had huge potential in the UK if done properly.

“They said it involved a lot of development and also an element of healthcare – and most property people don’t like healthcare, as they don’t like operational responsibility.”

To find out more, Hughes took what he calls ‘apprenticeships’, becoming development director for Richmond Care Village Holdings, before joining Shelbourne Senior Living as head of development in 2008. 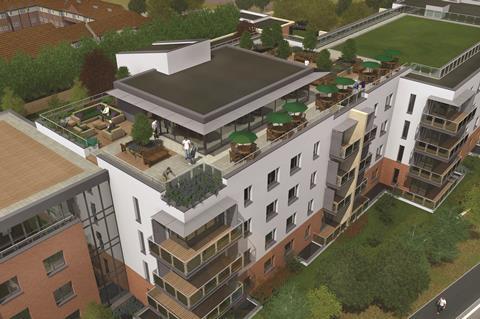 Shelbourne was funded by Michael O’Flynn, one of Ireland’s biggest property developers before the 2008 recession. When the recession hit Ireland hard, O’Flynn’s businesses fell into financial difficulties and Hughes was made redundant.

But two things worked in Hughes’ favour: he left with a £30,000 redundancy cheque and a site in Windsor previously owned by O’Flynn.

“I got made redundant by Shelbourne, but I took control of the Windsor site and decided to build my own retirement village with my own brand,” says Hughes.

“I said to Michael [O’Flynn]: ‘You concentrate on your main criteria and I will go away and assemble a plan to build Windsor without you.’ Being [from Windsor], when Michael took me on to build the business for him, I told him the best piece of land he had was the site in Windsor, because I could grow it by acquiring other interests and make something really special rather than something average.”

After Hughes set up RCVP in 2010, finance director James Sarmecanic joined in 2013 along with Kevin Hickman, who set up New Zealand’s Ryman Healthcare in 1985.

Hickman, who is still a major shareholder in Ryman, has been a mentor to Hughes and a major influence on RCVP’s care home model.

RCVP was only able to build Castle View Windsor once two main challenges had been overcome: securing funding and assembling the additional land needed to make the development a reality.

“We were looking for massive loan-to-value finance of 85%, which is borrowing an awful lot,” says Hughes. “To do that for your first gig is quite tough, which is why it took a while. But once we got the money together it all went like clockwork.” 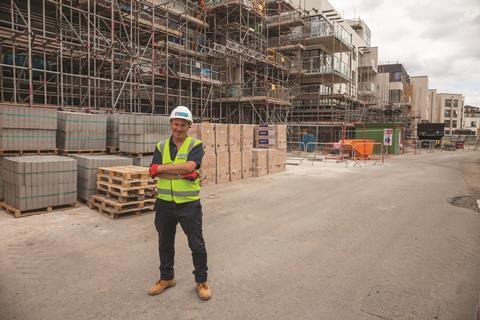 Getting the funding and land together took eight years and Hughes admits he underestimated how difficult it would be.

“We weren’t just fighting the residential guys [for land]; we were fighting everybody. But I have seen enough good models in New Zealand to know exactly what I wanted to build. That vision was very important in raising the money that eventually came in to pull Windsor together and get it off the ground.” Finance for the £35m development cost eventually came from Octopus Healthcare.

Hughes says his passion was to build “something my mum could live in”. He is also keen to make sure the development is affordable for local people.

Hughes stresses Windsor is “not as high end as you might think”. He adds: “The average house price in Windsor last year was £575,000. Windsor is perceived to be affluent because the Queen lives there and it’s got a castle, but if you really drill down, the majority of people live in houses valued between £400,000 and £900,000.”

When asked about his future development plans after Castle View Windsor is completed, the word Hughes uses repeatedly is “cautious”.

His colleague Sarmecanic adds: “This is our first scheme and once we have finished it, we will go through a sales period where we sell the apartments and set up the operational business to actually run it.

“Over the next 12 months we will be focusing on that. In the meantime, we are looking at trying to find the next site. We would like to do something similar [to Castle View Windsor] in an urban setting if we can.”

After a long gestation period, Hughes’ dream of creating a retirement living scheme suitable for his parents is about to become a reality. And if all goes well, there could be more Castle View Retirement Living schemes – fit for other people’s parents – in the years to come.