Collaboration is key to the future of corporate real estate

It is no longer a case of ‘build it and they will come’, particularly in the office sector where the key driver for occupiers is to win, or at least compete in, the war for talent. 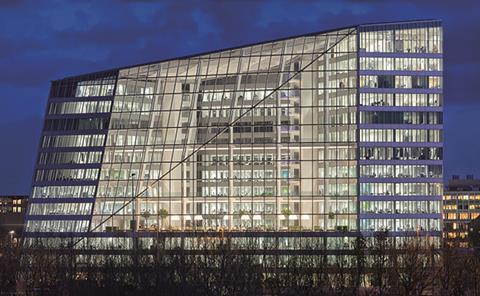 The Edge in Amsterdam is one of the most sustainable and innovative offices in the world - Source: Ronald Tilleman

Those that can afford it are increasingly looking to occupy buildings that have the ‘wow factor’ - aesthetically significant, smart and technologically advanced environments that will have the best university graduates clamouring for positions within their four walls.

The corporates and the fast-growing disruptors making waves on the business scene have the budgets for the best space, and they are increasingly demanding about the way that buildings look and operate, putting pressure on developers to take risks and build offices that push the boundaries.

Developers, corporate real estate (CRE) professionals and service providers came together at the CoreNet Global conference in Amsterdam in September to discuss the trends and what the future of CRE might look like, providing an insight into what corporates want from their office space and what developers can do to attract them.

One of the best-attended breakout sessions of the conference focused on the impact of disruptive technology on real estate. The panel, which consisted of representatives from JLL, OVG Real Estate, Uber and Cisco, discussed what impact technologies such as the ‘internet of things’, intuitive systems, data analytics and innovations in transportation and mass automation are having - or will have - on workplace design.

Tom Carroll, head of EMEA corporate research at JLL, who chaired the session, says there is a disconnect between the exponential pace at which technology is advancing and the slower pace of the real estate world. 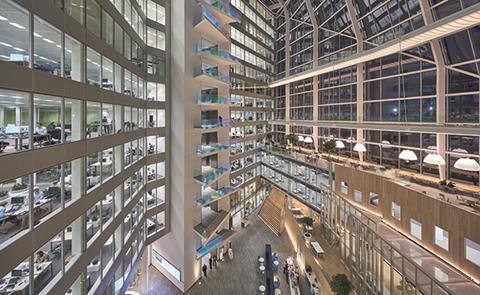 Staff and visitors were considered at every stage of the planning and build process for The Edge - Source: Ronald Tilleman

However, there are some developers that are ahead of the curve. OVG Real Estate - the developer behind The Edge in Amsterdam, which is widely considered to be one of the most sustainable and innovative offices in the world - is one of them.

So frustrated is the company with the traditional developer model of building assets to flip them without much thought for how the occupier will live within the building and with the clunky, often poorly thought-out implementation of technologies, that it has taken matters into its own hands. By working closely with the occupier, creating its own tech solutions and taking a longer-term approach that includes a focus on sustainability and flexibility, it has established itself as a leader in the development of smart buildings.

Having previously spent 22 years at Deloitte - the main occupier at The Edge - Erik Ubels, now chief technology officer at OVG Real Estate, can talk about the project from both the developer and occupier perspective.

I think we ended up with such a successful building because we all contributed ideas - Erik Ubels, OVG

“Deloitte was very much involved; everything was done together with OVG,” he explains. “OVG didn’t find a plot, find an architect, build the building and then start looking for a tenant. It was specifically driven by where Deloitte wanted to be, how it wanted its space to be and how it wanted to do it. There was a good relationship and I think we ended up with such a successful building because we all contributed ideas.”

Deloitte has more than 1,000 people in the building and it is its cheapest office in the world by headcount. According to Ubels, four times more people apply for a job at Deloitte’s Amsterdam office than at any other of its bases, and young university graduates specifically mention in their applications that working in the building is part of the reason why they are attracted to a role at the company.

For any occupier, and therefore for any workspace developer, that kind of response is the holy grail. Close collaboration between developer and tenant is key to making space the best it can be. But for fast-growing businesses such as Uber - which matched the one billion journeys it facilitated in the first five-and-a-half years after its conception in the first six months of this year - it is also about flexibility.

“The way that I have to look at real estate is that I have to enter markets - sometimes challenging markets - within a day on the first day we land there, and I have to be able to gear up or gear down as the business scales those markets,” says Paul van Wijngaarden, Uber’s regional workplace manager for EMEA. “The difficulty is to find that flexibility, and that’s a big challenge.” 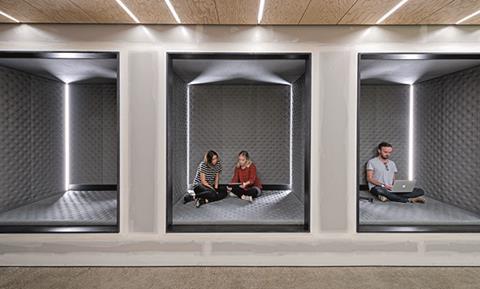 Van Wijngaarden explains that Uber tries to work with landlords that take a different view of their assets than has traditionally been the norm. It is highly important, he says, that Uber signs no longer than a year’s lease and does a light fit-out, rather than commit to five years and then not be able to cope with growth as part of what is a decentralised strategy.

“We’ve been looking at how we can take up space fluidly,” van Wijngaarden says. “That could mean renting a desk or renting a room, whatever it is we need, for a couple of hours a day for the first month or two, and then for those models to come together with more traditional office space and then eventually tie in with flexibility on the development side. That’s really what we’re trying to crack.

As a true tech firm, we want to be as liquid as possible with our assets - Paul van Wijngaarden, Uber

“As a true tech firm, we want to be as liquid as possible with our assets, but there’s a big divide between what I want real estate to provide and what is actually provided to me. I hope in 10 years we’ll be having a very different conversation with landlords and developers, and I hope there’ll be much more flexibility.”

With flexibility comes an understanding of how a building will operate once it is handed over to the tenant, and often a degree of futureproofing.

Ubels expresses disbelief that for much of his life he didn’t realise that many buildings were only built to be sold off by developers. He believes there should be a fundamental shift in the way developers perceive the lifespans of their schemes.

“That’s it; you only make money once,” he says. “And that forces the industry to build a building cheap because the only driver is to get as much out of the deal as possible. If you think about what it is you really want to do and if you think about sustainability and the future, it is to take care of what the building will cost over its lifetime.

“I’m totally against people who say they are going to build offices in cities [that will be relevant] for 30 to 40 years. That’s crap. Nobody can foresee where technology and transportation are taking us. Maybe if you build today it will be an office for eight to 10 years but after that it may be converted for living or into a hotel or a school. You have to build the building in a different way.”

Fabric of the building 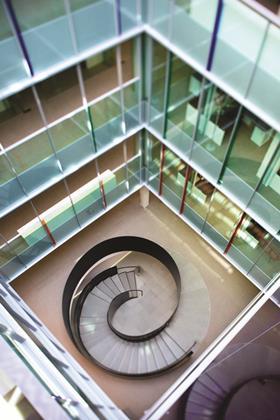 One of Ubel’s frustrations is that, despite the myriad of technologies implemented in the best office buildings, there are few high-quality solutions that integrate them seamlessly into the fabric of the building. OVG has had to design its own hardware in conjunction with companies like Philips so that, for example, multiple sensors can be integrated into a single light fitting, rather than having the ceiling littered with various bits of kit.

“The proliferation of the internet of things means that you could have tens of thousands, even 100,000 sensors in a building. Our latest solution is to have 10 individual sensors integrated into a single device. It isn’t the objective of the developer to build the technology but we do it because we don’t think the industry is moving fast enough; we can’t get it unless we do it ourselves.”

Akshay Thakur, business development manager of the internet of things solutions group at Cisco, says developers are involving IT firms at earlier stages than they might have done previously. “Traditionally as an IT company, our involvement is quite late into the development, but what we’re seeing is that there is growing demand for our involvement at a much earlier stage,” he explains.

“Occupiers are focusing on people’s experience in buildings and on encouraging talented young people into the business, and IT and technology plays a huge part in that. What we’re trying to ensure is that conversations occur very early because if we don’t design it in early enough, it’s expensive to make changes and it’s very expensive to maintain.”

In terms of strategy, OVG’s vision for The Edge was to understand exactly how it would be used not only by the occupier’s employees but by facilities management staff and by visitors - it identified 60 characters who would use the building and considered them at every stage in the planning and build process. It also took a holistic approach that included energy, intelligence and data analytics.

“Everybody talks about data analytics but 90% of the companies in the industry do nothing else but what I call extended reporting. There’s no machine learning and no artificial intelligence and that’s something we worked on to learn from the data,” says Ubels. “We thought about how we used the materials, about how the building would be cleaned when it was finished, and about how we could apply robotics. And it all started with a holistic approach built around people.”

Ultimately, the idea is that developers and occupiers need to collaborate more closely and to take risks in order to create world-class, sustainable offices.

“We show occupiers a presentation that outlines all of the technologies that could be included in the project - some 250 different things,” says Ubels. “The options are mulled over by the IT department and the facilities management department and those 250 possible technologies are reduced to just 10. People have to put their head on the block and it scares them.

“They don’t understand, or they won’t understand, and they don’t have the guts to take the risk. It’s a huge challenge to get a whole bunch of stakeholders to get behind the idea. I urge people to be more open minded.”

Van Wijngaarden adds: “Take the risk. Go out and build those leading buildings yourself. With all of those stakeholders, the whole process is slowed and innovation is stunted - build something that really speaks to the minds of people that are the future of real estate.”

The onus then, is on developers and occupiers to collaborate to build the intelligent, people-focused office buildings that will forge a path that leads to the future. The question is: how many will be willing to put their head on the block?