Cork’s about to pop

Cranes have returned to Cork and judging by the number of projects in the development pipeline, they could become a fixture of the city’s skyline for years to come. 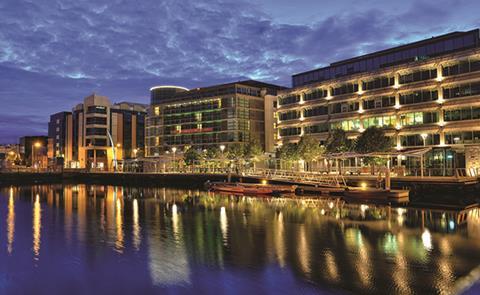 “Cork is at that point where it could grow exponentially, rather than incrementally,” says Isobel O’Regan, a director at Savills in Ireland, when asked about the growth potential of the country’s second city.

But which sectors are leading the way? And can a city with a modest population of 125,000 really sustain the level of development some are anticipating?

Offices are at the forefront of the new wave of development in Cork. This makes sense, considering that there had been virtually no new grade-A office space built in the city centre in the years following the financial crisis, until the latest development cycle got under way a couple of years ago.

One Albert Quay, a 170,000 sq ft grade-A scheme completed in 2016 by local developer JCD and let to tenants including Tyco and Investec, led the way.

JCD’s other recently completed development – the €50m (£45m), 99,000 sq ft Capitol on St Patrick Street – has a famous tenant in the shape of Facebook’s virtual reality offshoot Oculus. According to the developer, this type of high-profile occupier, particularly from the US tech sector, is driving the rush for quality office space.

“There’s [been] a real move towards the city centre over the past three to four years, and that’s driven by tenant demand, mostly from US multinational companies,” says JCD’s chief executive John Cleary. 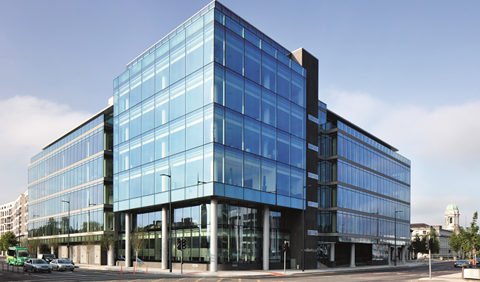 One Albert Quay is home to Investec

Other US companies that have moved to Cork in recent times, or have expanded their presence in the city, include cybersecurity giant Malwarebytes, ticketing specialist Eventbrite and electronics multinational Johnson Controls, another tenant at One Albert Quay. They are following in the footsteps of Apple, which has had a major base in Cork since the 1980s, albeit on its out-of-town Hollyhill campus.

Employers such as the large US corporates do not take decisions on where to base themselves lightly, and Cork ticks a number of boxes for them, according to Cleary. “Our big advantage is twofold. First, there’s a large availability of talent because of the companies already here, and our universities are very industry focused. Secondly, there’s a significant cost advantage because of the difference in the cost of office space and lower salaries.”

Rents for grade-A office space are around half the going rate for similar space in Dublin, but they are on the rise. According to Savills’ O’Regan, they have risen from around €23/sq ft to €33/sq ft in the last 24 months and are expected to soon reach €35/sq ft.

JCD is capitalising on the growing demand for space in the centre of Cork with two further office developments in the pipeline. It is on site at 85 South Mall, set to feature 47,000 sq ft of gold LEED office space, while its €125m, 250,000 sq ft Penrose Dock scheme is going through planning.

Other commercial projects in the pipeline include Navigation Square, a 310,000 sq ft scheme that forms part of the Port of Cork regeneration. Developed by O’Callaghan Properties, contractors are already on site on the first building, which features 120,000 sq ft of office space.

Horgan’s Quay is another development that is expected to change the face of Cork’s docklands. Overlooking the River Lee, the €400m mixed-use scheme – developed by a joint venture between Clarendon Properties and BAM Ireland – will boast 310,000 sq ft of office space, 248 apartments and a hotel, with a speculative launch date of 2020. The developers hope to start on the office element as early as this year.

Ronan Downing, development director at Clarendon Properties, agrees with Cleary that occupiers are attracted to Cork by the cost differential with Dublin. As well as the difference in office rents, he says the high cost of living in Dublin is a key factor behind the rush to build offices in Cork.

In the previous development cycle, which started around the turn of the century and lasted up until the 2008 financial crash, much of the development in Cork was focused outside the city centre.

“There was a perception that US companies liked suburban campuses,” says Downing. “Now the focus is very much on quality of life for employees.

“There’s also an appetite from planners and the council to rejuvenate the city centre,” he adds. “They are being a little more outward looking when it comes to density and height.”

“This great city is becoming an ever more attractive student hub”

And that rejuvenation of the city centre isn’t exclusively about shiny new office blocks. Clarendon is hoping to redevelop the Wilton Shopping Centre, to the south of the city centre. Currently in for planning, the €100m scheme would retain the existing retail space and add a hotel, a cinema, a public plaza, a flagship Penneys (Primark) and other ‘big-box’ retail units and a new car park.

The 190-bed hotel that forms part of the development is just one of many hotels in the pipeline. Indeed, the city’s hotel market is another sector set to boom in Cork if all the proposed projects go ahead. Horgan’s Quay and Wilton Shopping Centre could yield more than 300 beds between them, while further openings are planned by Dalata Hotel Group, Metropole and M Hotel, together bringing another 630 beds to the city.

Another area of growth is the student accommodation sector, which is seeing a wave of investment as developers look to cater for a growing student population.

Global Student Accommodation (GSA) is about to enter the Cork market as part of a €200m joint venture with Harrison Street Real Estate Capital. GSA’s first scheme will be a 190-bed development near University College Cork, opening in September 2018, followed by a 413-bed city centre block, set to open in 2020.

“Cork is the second-largest student city in Ireland, with two internationally recognised higher-education institutions,” says Nick Richards, managing director for the UK and Ireland at GSA. “In the past five years, full-time enrolments have increased by 7.3%, and the city is set to house 28,000 students by 2020-21. This great city is becoming an ever more attractive student hub and it’s vital that increased demand for high-quality student accommodation is met.” 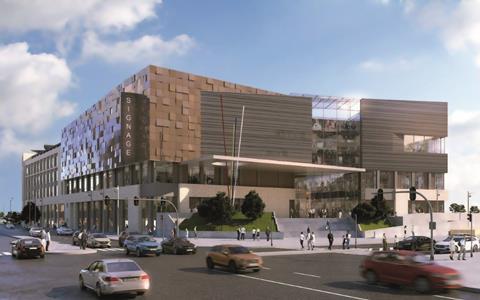 Added to the build activity in the office, hotel and student accommodation sectors is the €1bn regeneration of Cork’s docklands. But with so much activity on the horizon – on top of the development that has already begun – could there be problems ahead with capacity?

“Not really,” says Clarendon’s Downing, who argues that the city’s relatively small size is deceptive. “Cork’s always been a market town. While the city centre population isn’t huge, you have half a million people working in the Cork city area overall. Anything that is developed is let pretty quickly, as long as it’s the right product.”

Given Clarendon’s own development plans in the city, he’s certainly banking on this remaining the case.