The recently announced £2bn residential development partnership between Hertfordshire County Council and Morgan Sindall Investments shows how far some local authorities have come in their willingness to team up with the private sector. Under the plans, the joint venture will look to build 500 homes across a range of tenures including build-to-rent (BTR). 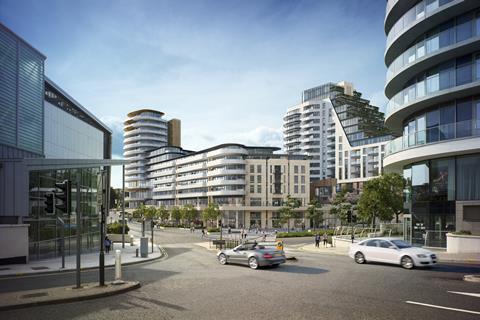 But not all councils are as forward-thinking.

A smattering of public-private residential development partnerships can be found in pockets of the country – in London, Manchester and Bournemouth, for example – but as yet it has not taken off in a big way.

So is that going to change and how big a role are public-private partnerships set to play in the growth of the BTR sector?

BTR is only a few years old in the UK and the concept of local authority involvement is still relatively new. Consequently, there is no official record of the number of public-private partnerships that have been formed that involve BTR. Anecdotally, though, BTR agents and developers have noticed growing interest from local authorities to get in on the action.

This is typically done through wider housing development joint ventures, which are becoming increasingly popular because they offer councils a share in development profits and control over the type of homes delivered. They can also help councils hit the housing targets laid out in local plans.

When it comes to BTR specifically, a combination of factors is driving interest. One of the benefits for councils is that partnering with private developers can act as a catalyst for wider regeneration. It is quicker to find tenants for rented properties than it is to find homebuyers, and new fully occupied apartment blocks or housing estates draw other businesses to an area. 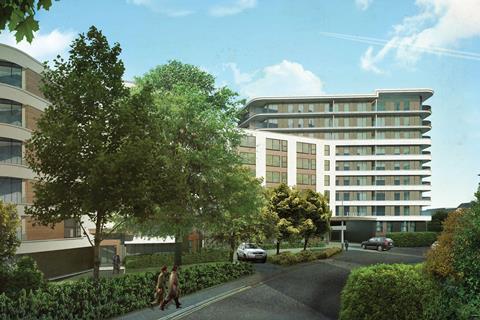 BTR also contributes to the council’s coffers by creating a new source of long-term income. “A key local government objective is the need to generate income due to the continued reduction in central government funding,” says Alastair Carmichael, head of real estate finance and PRS lead at GVA.

“Many local authorities initially focused on commercial property to drive income returns, but more councils are starting to explore the use of BTR delivery structures as a means to achieving both housing targets and income,” he adds.

BTR delivery structures range from creating a ground rent investment through to a wholly owned housing vehicle, such as Newham Council’s Red Door Ventures. Sitting somewhere in between is the joint venture with a private developer.

The 50/50 joint venture route is an option Oldham Council is considering. Oldham isn’t new to BTR. In the past, it has teamed up with Countryside to create BTR housing on public sites, and then sold the schemes to the developer on completion.

Now, with a £350m town centre regeneration to get under way, Tom Stannard, director of economy and skills at Oldham Council, is looking at ways BTR can work harder for the council.

“We’re redeveloping 21 acres of land for mixed-use in Oldham over the next five to 10 years. Within the masterplan there will be a sizeable proportion of residential growth in the town centre,” he says.

“We’re seriously considering BTR apartments for the town centre and thinking about those options creatively, for example a 50/50 profit-share through a joint venture with a private BTR developer, which will allow us to generate income over the long term.”

It is in London, though, where more councils seem to have cottoned on to the benefits of BTR than in any other part of the country. Rather than partnering with the private sector, some are going it alone.

Councils such as Newham and Redbridge have established their own development companies to either focus solely on the delivery of BTR or to combine it with different tenures.

“One of the reasons it’s more common to see housing development companies being set up by London borough councils is because they have some devolved powers through the Localism Act,” says Sonam Kohli, senior portfolio development analyst for Native, a BTR management company.

“When BTR began to take hold of the market a few years ago, many London boroughs showed their intent to develop and implement PRS strategies and some set up companies to help with this and other development,” Kohli adds.

Clearly, the public sector is becoming better acquainted with the benefits of developing BTR homes. So why aren’t more local authorities doing it?

Many have competing priorities. While they would gladly welcome the additional income stream BTR can offer, often their political focus is to bring forward affordable housing and regeneration.

Others target commercial property as a means of generating income, seeing this as a quicker win than developing BTR schemes.

However, perhaps the main reason local authorities do not to go ahead with BTR schemes is the difficulty in making them viable. High land and build costs cause many private developers to walk away from BTR partnerships with the public sector.

“Outside London the level of understanding of BTR is very low”

Oldham’s Stannard says the council is looking to solve this problem by developing commercial property in the early phases of its masterplan and using the profits to prop up BTR projects that may be harder to stack up financially.

A lack of awareness of what BTR actually means is another reason why some councils snub the sector. Suzanne Benson, partner at law firm Trowers & Hamlins, who sits on the government’s BTR policy panel, says there is a need to educate councils about BTR.

“London boroughs and outlying areas know about BTR, but outside that, the level of understanding of the tenure is very low,” says Benson. She adds that in large parts of the market, particularly in Scotland, councils say they have heard of it but don’t understand the potential benefits.

BTR is still an evolving asset class. Although it arrived in the UK several years ago there are still a limited number of funders, developers and operators for the private sector to partner with. The lack of comparable market data also means it is difficult for councils to accurately value land for schemes.

That said, the Hertfordshire County Council and Morgan Sindall joint venture is an encouraging sign that public-private partnerships are heading in the right direction.

Most experts in the sector think that councils will continue to warm to partnerships with private developers. Even in the wake of events in Haringey, where are a £2bn joint venture between the council and Lendlease has been thrown into doubt following a campaign against it led by the hard-left group Momentum, developers appear unfazed by potential political backlash against public-private partnerships.

“The Haringey Development Vehicle was affected by a very specific set of political circumstances surrounding the local Labour party,” says Morgan Sindall’s Dixon. “I believe we will see more joint ventures because they allow local authorities to retain control over the direction the development is taking and the tenures delivered.”

Now that some local authorities have woken up to BTR’s potential, the hope is that more will follow suit.