The office investment market in East Anglia and Essex is booming thanks to the combination of shrinking supply and rising rents. 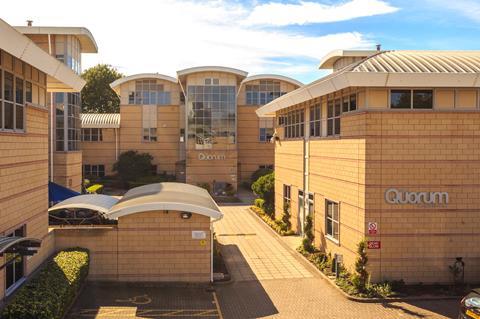 Building blocks: Schroders bought The Quorum in Cambridge for £22.7m in December 2017

Savills’ new UK Eastern Region Offices November 2018 report highlights a resurgence in investor appetite in the region. Robust occupier demand, coupled with permitted development rights, has put an unprecedented squeeze on supply, pushed up rents and lured investors from across the world.

According to the report, by the end of Q3 investment volumes were just under £200m. This follows two strong years of activity, with volumes surpassing £200m in 2016 and 2017, despite a shortage of large lot sizes.

James Emans, director, UK investment, at Savills, says: “Heads have been turned because the fundamentals are so compelling. We’ve been encouraged by the diversity of parties in the market. Many are chasing yields outside central London and getting comfortable with these markets’ dynamics.”

So which areas are benefiting the most from investor interest and can the region maintain this level of activity?

Cambridge continues to be top of the list for investors looking to splash the cash in the region.

A new rent level of £40/sq ft and robust occupier demand have triggered new development, with 399,000 sq ft of space under construction. Savills highlights that total supply of 647,000 sq ft is 13% below the long-term average.

Around 50% of space under construction is already pre-let or under offer and schemes such as Brookgate’s 156,000 sq ft 50/60 Station Road (forward funded to the tune of £87m by Aviva Investors) are likely to set new records in the office market. Savills predicts prime office rents will exceed £45/sq ft by the end of 2020.

“There is definitely a trend of yield compression and the market is showing no signs of weakening, even with Brexit only a few months away. If anything, it is seen as a safe haven for commercial property investment.”

In 2017, the office investment market hit a new milestone with institutions committing to yields below 5%. Headline deals included Aviva Investors’ £21.6m acquisition of city centre building Kett House from Kames Capital at a yield of 4.5% and Tesco Pension Fund’s £63m forward funding of the new 100,000 sq ft Abcam building at Cambridge Biomedical Campus at a yield of 4.8%.

Since then, the appeal has continued to broaden. “There has always been appetite for Cambridge stock, but the greater change in recent months is the investor profile,” says Angus Minford, director of capital markets at JLL. “Domestic institutions continue to vie for office stock and now the market is attracting overseas money as investors seek clusters of UK science-led assets.” 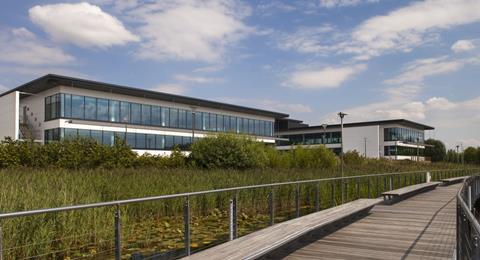 RLAM asset manager Stephanie Hacking says: “We invest for the long term and have to be very careful selecting locations. Cambridge ticks all the boxes with a strong economy, inward investment and impressive rental growth.”

RLAM intends to deliver new office space as part of future development plans. “Cambridge is top of the list for all UK institutions and with this cycle’s flight to prime, occupiers are looking for best in class,” adds Hacking.

In December 2017, Schroder Real Estate’s Regional Office Property Unit Trust acquired The Quorum in Cambridge from Marshall Group for £22.7m. The 61,000 sq ft city centre building, which is let to Marshall Group Properties on a 15-year lease, offered an opportunity for the fund to stake its claim within one of its target cities.

Tom Newman, investment manager at Schroder Real Estate, says: “Cambridge is home to one of the world’s most exciting tech clusters. It has impressive levels of productivity, a first-class university, great transport links and a proactive council.”

Prime yields have tightened to 4.75%, but Newman says this still looks attractive when compared with London.

The robust market dynamics have proved alluring for a growing number of funds. Last December, Hermes Investment Management acquired the 39,000 sq ft Mill Court business park in Great Shelford from Buccleuch Property and Wrenbridge. The £9.85m deal for the asset, which comprises five office buildings, reflected a yield of 7.3%.

“There were around five voids when we acquired the building and now there’s only one unit to fill,” says Sebastian Hayes, asset manager at Hermes. “Over that time, rents have increased from £22/sq ft to £25/sq ft.”

Although they may not share Cambridge’s stellar credentials, other regional markets are starting to show strong investment fundamentals. 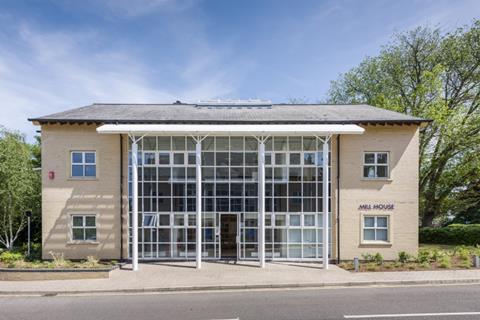 Grist to the mill: Hermes acquired the Mill Court office building in Great Shelford for £9.85m

The first driver has been tightening of supply as stock is converted for alternative use. According to Savills, permitted development has taken at least 2.1m sq ft of office stock out of the eastern region. Much of this stock was outdated and did not meet the needs of modern occupiers. The consequence has been strong rental growth, with record rents achieved in areas such as Brentwood and Romford.

“Many of these markets were traditionally oversupplied and weren’t meeting investor requirements,” says Savills’ Emans. “Permitted development has changed the landscape. These are not cyclical trends – a lot of office stock has been lost for decades. Investors recognise it marks a fundamental shift.”

This shift has changed both the appetite and profile of the regional investment market. Institutional investors have had their interest piqued, with the likes of Schroders, CBRE Global Investors and Kames Capital adding regional stock to their portfolios.

In Norwich, Savills estimates that around 700,000 sq ft of office space has been lost to permitted development, with current availability now below 280,000 sq ft. As a result, rents have risen to £16.50/sq ft and Savills forecasts they will hit £20/sq ft by 2020.

For example, Kames Capital has acquired a regional office portfolio for £13.3m incorporating Yare House in Norwich, Suffolk House in Newmarket and St Edmunds House in Bury St Edmunds. The buildings total 80,000 sq ft and the deal achieved a yield of 7.75%. 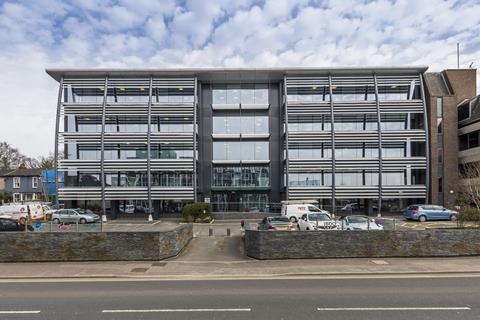 “We’re looking for yields in secure locations,” says Megan Garner, asset manager at Kames Capital. “Permitted development has been a game-changer for us and has really changed the fundamentals in areas like Norwich. The buildings are multi-let and given the lack of stock, we are confident we can keep income high.”

Ipswich also offers an opportunity for investors to exploit supply constraints following a flurry of permitted development conversions. According to Savills, office supply stands at just over 325,000 sq ft – a fall of 29% since 2014 – despite recent speculative development. A new record rent has been set at £18/sq ft.

Meanwhile, availability in Peterborough plummeted by 47% since 2014 as residential developers snapped up at least 600,000 sq ft of former office stock. Investors and developers alike have recognised the opportunity to refurbish existing stock and benefit from strong rental growth.

It is a similar story across Essex. According to Savills, 350,000 sq ft of office space in Chelmsford and Brentwood has been converted to residential as developers look to take advantage of rising values ahead of the opening of the Crossrail Elizabeth line.

This has not gone unnoticed by the investment community. In July, Mayfair Capital acquired the Sky building from Boultbee Brooks for £14.5m, reflecting a yield of 5.55%. Agents say several others are assessing their options and Savills predicts the county will enjoy a record year for office investment. 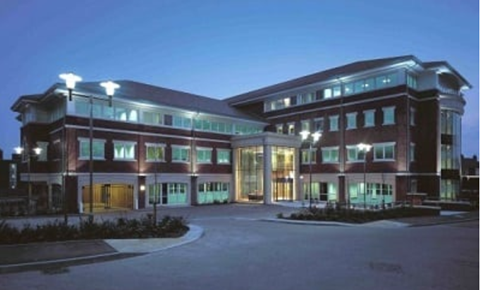 Sky have signed a 15-year lease for Stone Cross, a 40,000 sq ft office building in Brentwood acquired by Mayfair in July

Daniel Wink, divisional partner at Glenny, says: “Permitted development has done us a huge favour in getting rid of old stock, which has transformed the market. A supply shortage coupled with strong rents is attracting a lot of investor interest.”

But could this investor interest be dented by Brexit and the uncertainty surrounding the impact on the UK economy? For Cambridge, the consensus is that the occupational market will remain resilient and investors will view it as a safe refuge.

Agents agree that investor appetite for office supply in and around Cambridge is likely to continue to dominate in the year ahead. For the smaller regional markets, time will tell whether the long-term shift in supply/demand dynamics will ensure that they have lasting appeal as investment locations.