How Stonegate is raising the bar for pubs

It is 11.30am. I am sitting with Stonegate chief executive Simon Longbottom at Be At One, its premium cocktail bar brand, on Regent Street. 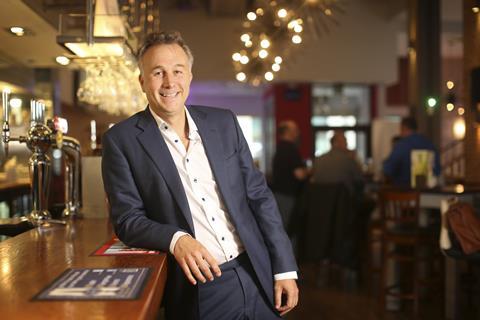 The man in charge of Be At One, Slug & Lettuce, Walkabout and a number of other leading UK bar and pub brands is here to talk about the purchase of the Be At One chain last year and decision to purchase the Ei Group’s pub portfolio for £3bn this July.

When the latter completes, Stonegate will be the biggest pub and bar chain in the UK. In an expansive interview, fuelled by coffee and water rather than anything stronger, Longbottom explains the rationale behind the acquisitions and talks frankly about the challenges ahead for the sector.

Longbottom’s passion for pubs started long before he was drinking espresso martinis in premium cocktail bars. “I was brought up a Yorkshireman who drank Joshua Tetley’s as a young man,” he says. “That was my father’s drink and that’s what I was taught to drink.”

“I think the pub sector is egalitarian. If you’re good, if you’re smart enough and if you work hard, you get on”

“My father was in the trade so this was ‘boy and man’ stuff. It’s all I know. I ran a pub when I was 21, down on the south coast. I just love the trade: hosting a party, building a reputation for customers who love your product – and making money.

“I couldn’t believe what you could achieve in the hospitality sector, what opportunities you could get at a very young age. In other industries, it’s quite hierarchical. I think the pub sector is egalitarian. If you’re good, if you’re smart enough and if you work hard, you get on.”

As confident as Longbottom is about the sector, these are troubling times for the great British boozer. A total of 636 bars and pubs closed in 2018, making it the second-fastest declining type of retail and leisure destination last year according to the Local Data Company.

Yet, Longbottom does not think that this is the end for pubs – far from it. He believes that the need to socialise in an environment outside your home and work is “very much part of the fabric of life in this country”.

He elaborates: “I think you see pubs failing in locations that have become less relevant. Perhaps they were built around a manufacturing city. But generally, we find that if you invest properly in a pub, run it with great people and invest in those people, you will be successful and that’s our story.” 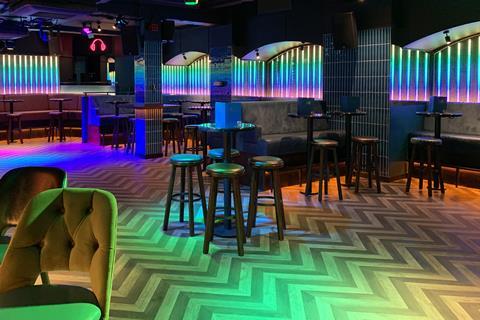 Stonegate currently owns 760 pubs. Longbottom says that each one is invested in and each one has its place. “They wouldn’t survive with us if they weren’t successful.”

Stonegate generally spends £200,000 to £250,000 renovating a pub or bar. However, the Be At One investments are larger because of their premium nature. A Be At One bar that recently opened on Beak Street just off Regent Street had £800,000 spent on it.

Stonegate acquired Be At One in July 2018. The Regent Street Be At One was one of 21 ex-Novus bars that Stonegate added to its portfolio. Since then, it has opened eight bars, averaging 1,500 sq ft each in size, and it is looking to open another 10 within the next 12 to 18 months.

It targets “towns and cities where the circuit is vibrant, and we obviously love going to cities where we haven’t got a Be At One because then that market isn’t tapped by Stonegate”, says Longbottom.

It offers something for everyone, he adds. “It’s atmospheric, it’s loungy, it builds and if you want to stay for the night, you are guaranteed a good one,” he says.

Be At One bar manager Andrew Eaton agrees, describing it as “an exclusive bar for the masses”. 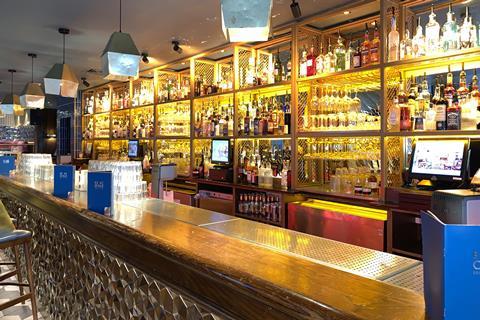 Stonegate has a Brexit strategy

Longbottom notes that independent bars are often aimed at industry experts but that the Be At One menu range is much larger and adapts to an ever-changing market. “People don’t just want a drink. They want to know the story behind their drink,” he says.

“You mention gin and people want to know the back story, where it was brewed, distilled and they want to take a photograph of it. All that is hugely different from what it was like 20 years ago.”

Even with the rapid expansion of Be At One across the UK, Longbottom says there is no danger of compromising on the premium quality of the brand.

Stonegate’s brands are run separately to ensure customers “have a different experience when they are at a Be At One compared with a traditional pub or a Slug & Lettuce,” he says. “Slug & Lettuce is kind of premium/mainstream – nothing to me was pure premium. So, there was a gap for us that we weren’t in – a very high-growth market,” he says.

Longbottom believes there is an art to creating a successful chain and part of this is avoiding “cannibalisation”, where a group of Stonegate pubs and bars in one area end up competing with each other and driving down profits as a result.

Despite Longbottom’s confidence in Stonegate, as with most companies, Brexit remains a worry.

“The biggest concern for us is people,” he says. “We have 14,500 colleagues across the country and 10% are EU nationals with a significant number of them working in our London bars.

“It’s clearly a difficult time. We know there is going to be a period of transition and a changing of the rules, but until we understand what those are, there is huge uncertainty.

“I worry listening to some of the politicians’ thoughts on immigration. Is anybody speaking out for some of the lower-paid parts of the UK employment market that are currently well supported through the current immigration policy?”

However, unlike several restaurants and bars that have begun stockpiling, Longbottom is not worried about how Brexit will affect his drink supply.

“The vast majority of our products are brewed and distilled in this country, so we don’t have a concern on drink. We’re working with our key suppliers to make sure things such as prosecco or Red Bull are here in sufficient quantities.

“I suspect there will be some food problems,” he says. “We’ll leave this to Michael Gove and his colleagues to figure some of these things out.”

Although Brexit presents challenges, Longbottom says that if Brexit does happen on 31 October, it will be a good thing for the business in one respect at least.