“When my dad thought of the idea originally, a lot of people asked him who it was for and he said he had no idea,” says managing director of Iceland Richard Walker, son of founder Malcolm Walker. 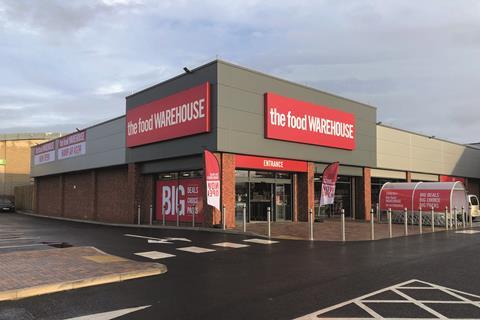 Park life: the food WAREHOUSE now has 118 stores on retail parks across the UK

The plan was to apply the lessons learned from hard discounters Aldi and Lidl, as well as bulk discounter Costco, to the already successful Iceland model. The result was a retail park outlet with a focus on bulk buys, value packs and pallet deals that showcase Iceland’s latest products.

“We didn’t know if it would just be an innovation lab for the core Iceland stores where we could try ideas and products and ways of working, but very quickly it became apparent that this was a great, separate business model in its own right,” recalls Walker.

Just five years later and the food WAREHOUSE has 118 UK stores. At the end of last month, the latest three outlets opened in Poole, Scunthorpe and Harlow, reflecting the brand’s broad geographical spread. Walker tells Property Week that Iceland’s “big little brother” has no intention of slowing down its rapid rollout across the UK.

Although its growth has garnered far less attention than the aggressive expansion of Aldi and Lidl, the food WAREHOUSE has had a big impact on the market. Walker says that around 90% of its customers are new to the group, meaning there is limited cannibalisation of the main Iceland brand. The chain’s like-for-like sales are market beating, he adds, giving Iceland the confidence to plough money into new store expansion.

Openings are so frequent that in Iceland headquarters they talk about “new store Tuesday”. Walker says there are no firm targets set for future expansion but he is confident of continuing the current rate of 30 to 35 openings a year and is hopeful of eventually hitting a total of 300 to 400.

“I think there’s certainly room for it,” he says. “The idea is something very different.”

While there are a handful of standalone stores, the vast majority of the food WAREHOUSE’s units are on retail parks, “a whole sector of the retail landscape that we weren’t a part of previously”, Walker notes. Iceland stores, by comparison, are almost exclusively situated on the high street where the average basket spend is relatively low.

“People might take the bus to the high street, buy a few essentials and go, whereas the food WAREHOUSE is on a retail park. It’s got free parking and you can drive straight up to the front door,” explains Walker.

For this reason, Walker says that the food WAREHOUSE is more of a destination in its own right with a much higher basket spend and more people buying in bulk. 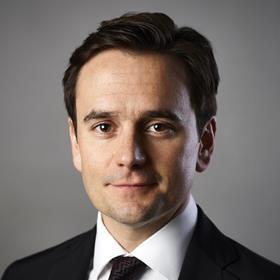 Whereas Iceland stores come in all different shapes and sizes, there is more uniformity to the food WAREHOUSE estate. The “sweet spot” is around 14,000 sq ft with 10,000 sq ft to 12,000 sq ft of net sales space, according to Walker.

“We don’t need too much space out the back – we tend to be an efficiently designed operation where most of the stock we’ve got is on the shop floor,” he says.

The biggest space the business has taken was a former Whole Foods store in Cheltenham at around 25,000 sq ft. It has also taken smaller stores over the past couple of years with sales space of around 8,000 sq ft, “but that really is a struggle for us as our efficiencies kick in when we’ve got at least 10,000 sq ft of sales”, says Walker.

Although the brand grew out of the North West, it is quickly marching south to locations such as Tottenham and Charlton. The food WAREHOUSE is already present in Scotland and Wales and its first store in Northern Ireland is soon to open.

Walker agrees that the brand’s rapid growth has, in part, been facilitated by the struggles facing a number of traditional retail park tenants, which has resulted in more sites becoming vacant. Landlords, he says, are happy to add the food WAREHOUSE to the tenant mix.

“We’re important to landlords because we’re a great covenant. We’re a footfall driver,” he adds. “We’re a 10-year lease and we also invest very heavily in the stores. We spend a lot of money on fit-outs. If you go into the stores, it’s pretty obvious we are building them to last.”

The food WAREHOUSE provides a solution for a retail park site that might otherwise be sitting empty, according to Richard Curry, partner in Rapleys’ retail and leisure group. “They have taken the opportunity to take sites that other [food retailers] wouldn’t possibly consider and have become the focal point for those sites,” he says.

Curry says the food WAREHOUSE reminds him of the original expansion of Kwik Save “where they take spaces where other food retailers don’t predict enough food sales”. He adds that the brand has also benefited from the inflexibility of discount rivals Aldi and Lidl when it comes to store expansion, “which need to have exactly what they want or they just won’t do it”.

That is not to say that Aldi and Lidl are not acutely aware of the threat posed by the food WAREHOUSE. “The only headwind we face is Aldi and Lidl, which are signing us out of going into new parks,” Walker claims. “In a way, I’m flattered because they’re obviously threatened by us, but it’s hard to compete against them if they’re just blocking landlords from signing deals with us.”

Aldi and Lidl are already starting to consider locations that previously would have been seen as unsuitable, he adds, because they have already picked off the obvious sites. This means there is now “a bit of crossover” with sites targeted by the food WAREHOUSE, according to Walker.

“They’ve loosened the strictness of their requirements as they’ve looked to open more stores so they are now taking more leaseholds, some smaller stores and high streets and targeting London, but their preference is always standalone with their own parking.”

Walker is not hung up on the specific challenge posed by Aldi and Lidl. In a constantly evolving grocery market he suggests that “everyone is a competitor now”, including the likes of B&M and Home Bargains. 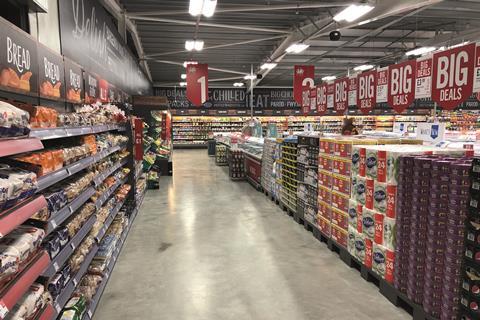 “B&M is selling frozen food, albeit it’s not very good. We’re still going to have the best range, innovation and value,” Walker says. “We sell a small range of general merchandise as well, which is historically their territory, and we go very aggressive on those products so we can undercut general merchandise retailers such as B&M on price.”

The food WAREHOUSE’s growth is all the more impressive given the fierce competition in the UK grocery market. Curry says mainstream supermarket chains such as Tesco, Sainsbury’s and Waitrose are either not expanding or in some cases are looking to offload stores. The exceptions are Morrisons and the Co-op (including regional Co-ops), which are actively seeking new stores, and M&S, which is looking selectively.

Tesco unveiled its Jack’s discount brand in mid-2018 with a view to rolling out more, but has opened just a handful since then – evidence that launching a discount brand is not a sure-fire guarantee of success.

Like Tesco, Iceland has the advantage of being able to leverage the scale of its combined purchasing and logistics operation. With close to 1,000 stores across the two brands, Iceland can push the food WAREHOUSE rollout harder than a retailer starting from scratch would be able to.

However, at the front end, Walker says, Iceland is trying to keep the two brands as different as possible “because that keeps the sales incremental and limits cannibalisation”.

The food WAREHOUSE concept is constantly being tweaked to ensure that it remains relevant to shoppers. A Wine Warehouse concept has been installed in Cheltenham and in Poole that is “our take on Majestic”, according to Walker.

And, in a direct assault on the wholesale market, large-pack catering ranges are being introduced to appeal to small businesses “but also families just looking for amazing value”, he adds.

Walker is bullish about the brand’s future prospects – the new store in Poole in Dorset had the biggest-ever opening day in either the food WAREHOUSE’s or Iceland’s history.

However, he remains aware of challenges ahead, not least the prospect of Amazon pushing further into the grocery sector. “Amazon will only get bigger and better and they’ve got a lot of firepower, but high streets are not going to disappear,” he says. “People enjoy the social element of going to high streets in the same way they like going to retail parks.”

Customers, he concludes, are getting increasingly astute and looking for great value.

“We need to focus on offering the best possible frozen value, service and convenience,” he says. “That is where we will win.”