Didcot’s reputation can hardly be described as glowing. In the early noughties, it featured in Sam Jordison’s bestselling book Crap Towns and last year the BBC named it ‘the most normal town’ in the country – not exactly an endorsement. 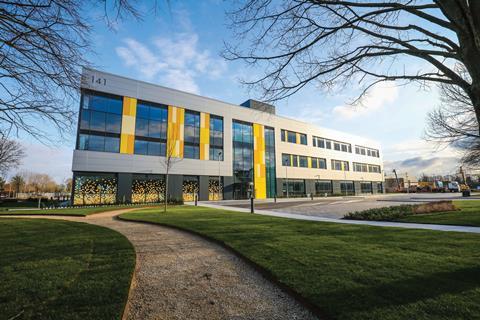 Despite this bad publicity, Didcot is undergoing a period of exceptional growth that will create 20,000 new jobs, 15,000 new homes and hundreds of thousands of square feet of office and retail space within the next 20 years.

“There’s a lot happening in Didcot right now,” says Matt Davis, a director in the development team in Savills’ Oxford office. “It’s not a ‘garden town’ yet but it’s beginning to look much like it.”

Davis says that Didcot’s growth has been driven by “important developments” in and around the town that have acted as catalysts for further activity.

These include upgrades to the railway station, a new four-star Marriott Hotel, new commercial space at Milton Park and an improved retail offering at the Orchard Centre.

The latter, a 350,000 sq ft shopping centre owned and managed by Hammerson, is in the final stage of a £50m expansion that will deliver 21 new shops, seven restaurants and 325 car parking spaces.

Andrew Berger-North, UK director of retail parks at Hammerson, says that the expansion will “transform Didcot’s retail and leisure offer” and “kick-start the future growth of the town centre”.

He says: “Didcot is located in a rapidly growing catchment and the expansion has offered many brands the opportunity to take space in the town for the first time.”

Some of the other projects to have been delivered in recent years have been supported by two enterprise zones – Didcot Growth Accelerator and Science Vale Oxford – which have allowed businesses to be accommodated “quickly and simply”, according to Emma Goodford, partner and head of national offices at Knight Frank.

“Commercially, Didcot sits within the so-called ‘Science Vale’ area,” says Goodford. “This has given it an incredibly high profile and has been a real accelerator for growth. It is one of the hotspots in the country for growth around science and technology.”

Out of town, three major science parks have become the symbol of this evolution: Milton Park, Harwell Campus and Culham Science Centre. The largest of these, Milton Park, is home to over 250 companies and around 9,000 staff. It features 3m sq ft of offices and labs over a 250-acre site – and it is still expanding.

“We are the engine room for the Oxford and Cambridge science corridor,” says James Dipple, chief executive officer of MEPC, which manages Milton Park.

Dipple says the park obtained enterprise zone status back in 2012 and that the area has “all the ingredients to be a highly successful story”.

He adds: “I can say that Didcot is definitely better than ‘normal’. On the contrary, it is clearly becoming rather exceptional.”