In the 2016 Budget, the government charged the Thames Estuary 2050 Growth Commission with setting out a vision and delivery plan for north Kent, south Essex and east London. Chaired by Sir John Armitt, the commission duly delivered in March 2019. 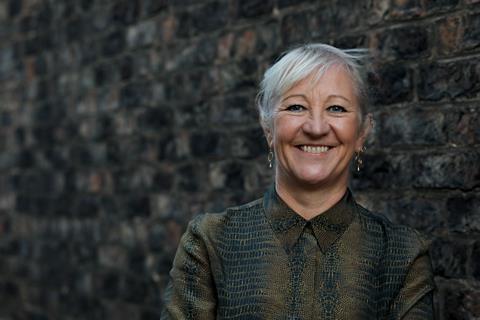 The commission’s conclusions were suitably ambitious, stating that “a minimum” of a million homes would be required to support economic growth in the Thames Estuary by 2050. On the commission’s recommendation, a growth board for the area was set up, with an envoy to lead the new body.

Kate Willard, director of partnership development at the Stobart Group, was appointed as chair of the growth board and Thames Estuary envoy at the beginning of November and gave her first media interview to Property Week.

“I was appointed at the back end of last year and then slightly frustratingly we went straight into purdah ahead of the general election,” she says frankly. “So we had quite a quiet start, but we did have our first board meeting.”

Currently, that board is only half filled, something Willard is working hard to address. “At the moment, we have the local authority representatives on the board and on top of that we have added the Port of London Authority and the City of London Corporation,” she says.

“So we’ve got the political and geographic representation, but what we haven’t got is the private sector. Obviously, this is going to be a public/private board and we are starting that recruitment now. I didn’t want to start that until we knew what we wanted to do. We’re looking for a series of private sector geniuses to help us on the journey.”

The detail of what the growth board wants to do will be revealed in an action plan due to be published after the local elections in May, but Willard is already clear on what it will not do. “We’re not a delivery body,” she says. “We’re going to help make things happen and unblock things, but we are going to be working with partners to deliver stuff.”

Willard is tight-lipped about the details of the plan, but she is willing to outline three key areas. First, it will focus on what she calls “green/blue” initiatives – in other words how the board can drive eco-friendly economic growth by making better use of the Thames. “Part of it is model shift – taking truck movements off the road and on to the river, whether that’s container freight or aggregates,” she says.

Second, the growth board will work with companies and education providers to build skills capacity. “We will be making a bold statement on this and I can’t go into detail, but it will be around the business-led commissioning of skills,” says Willard. “It will be a new way of looking at how we support sector skills growth.”

Last, the board will look closely at infrastructure. Key projects have a tendency to get delayed and Willard says that unblocking projects could be a vital part of the board’s work. “The Lower Thames Crossing is a good example,” she says. “It isn’t stuck, but it is a hugely important infrastructure project and if it did get stuck, it’s the sort of thing that we would step in and help with.”