The much feted and feared Brexodus of corporate occupiers shows no signs of materialising in London. 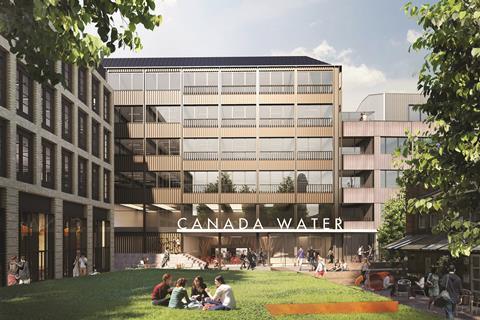 Demand for space continues to soar, outstripping supply, and the squeeze on space is intensifying, which is causing some occupiers to consider locations that previously might not have been on their radar.

“We’re seeing a homogenisation in rents that has never been seen before,” says Rob Buchele, London commercial development director at Savills. “Fringe markets are no longer fringe. Rents are homogenising at £60/sq ft to £70/sq ft from Shoreditch to Paddington. There is an acute lack of stock and pre-letting is playing a much more important role, eroding stock further. Looking ahead, 75% of our West End stock is pre-let.”

In light of all this – plus the approaching conclusion of Brexit and the positive post-election response from investors – development looks set to heat up. So where will the capital’s next big property hotspots be and who will be based there?

The key asset any emerging office area needs is accessibility, according to Guy Grantham, research director at Colliers International. “Competition for skilled labour is still fervent but securing staff is only half the battle. Staff retention is dictated by a host of internal conditions but office location and wellness are increasingly important for Gen Z staff. Diageo’s move from Park Royal to Soho is a perfect example of a return to the core, reducing footprint but confronting staff attrition levels.”

One thing that is perhaps not as important to occupiers as it once was is rent, argues Lee Elliott, global head of occupier research at Knight Frank.

“In real estate we can be a bit myopic and think it all starts and ends with rent,” he says. “It doesn’t.” He cites a 2018 Knight Frank report in which 86% of the 129 large multinationals polled viewed real estate as a key strategic driver of their business strategy.

“There’s this notion that occupiers view real estate as just a cost or a necessary evil; this research fundamentally challenges that,” says Elliott.

Knight Frank’s research found that replacing a staff member can cost between 100% and 150% of their salary – and on average that cost is 10% greater in the capital. Therefore, offering high-quality workspaces in attractive surroundings with access to modern amenities is key to slowing staff turnover and can have a real impact on the bottom line.

“It’s more expensive to lose a staff member than to accommodate them in a high-quality workspace,” adds Elliott.

“Ten years ago, when we were coming out of the financial crisis, real estate was seen as a cost that could be attacked. When growth re-emerged, staff started voting with their feet, because the quality of where they were being asked to work was not conducive to their productivity. Work now intersects people’s social lives. Real estate needs to reflect that.”

So which locations offer the mix of ingredients that occupiers are looking for? Grantham argues that the introduction of Crossrail’s Elizabeth line “remains the key driver and catalyst for any expansion zone”.

“To the east, locations such as Silvertown look to be a serious prospect, as western locations such as White City begin to fill up and costs there increase,” says Grantham. “Not only will these [east London] locations get a crucial upgrade in transport provision; they also have potential sites ready to deliver large-scale, future-proofed and desirable product.”

Other emerging locations that London office agents believe are ripe for growth are Canada Water, where British Land is delivering 53 acres of homes, offices, retail and public space, and Brent Cross South, where Argent Related’s joint venture with Barnet Council is set to develop 6,700 homes, workspace for 25,000 people and associated amenities.

“If anyone can make that work, it’s Argent,” says Ollie Fursdon, Savills’ London commercial development director. “They are taking a real plunge in an area not really known for much more than a retail park on the North Circular. With developments like this, you really have the opportunity to rewrite the script. There is a real move to find growth in rental values outside the West End, the City and the new hubs.”

The long-standing concept of hubs where like-minded companies from specific industry sectors congregate is evolving.

There is a real move to find growth in rental values outside the West End, City and new hubs

“The best hubs are ones where there is a true mix of dynamic occupiers,” says Richard Howard, international partner and head of London leasing at Cushman & Wakefield, pointing to the presence of players as diverse as Universal, Google, Facebook, Deepmind and Havas at King’s Cross as an example.

“This trend will continue, with there being very few submarkets and postcodes left that are associated with a particular sector. What people perceive as ‘the City’ has changed hugely – you only have to look at what has been achieved at Broadgate, The Ned and Bloomberg Arcade to see this,” he says, referring to a proliferation of new restaurants, hotels and cultural spaces.

“Added to this, the areas that adjoin the City, far from being the no man’s lands that they were before, are now some of London’s most dynamic areas – Aldgate, Spitalfields, Shoreditch and Old Street have blended into and added credibility to the City as far as tech and media companies are concerned.”

Colliers’ Grantham says that while the nature of the capital’s office hubs may be changing, “anchor tech tenants on schemes remain in vogue”. He adds: “Apple at Battersea and Google and Facebook at King’s Cross have helped to raise the profile of the schemes as well as attracting like-minded operators.

“Increasingly important are the burgeoning SME tech operators, which benefited from record venture funding in the UK in 2019. Unicorns such as Checkout.com, Transferwise, Babylon and Funding Circle, and fintech and challenger banks such as Starling, Monzo and Revolut, are expanding at a prolific rate,” says Grantham.

“Colliers is tracking seven fintech requirements over 50,000 sq ft, totalling close to half a million square feet. These are becoming increasingly independent geographically with the majority looking across London for space.”

The capital’s knowledge economy, with more than 40 universities, teaching hospitals and the Cambridge Corridor, is also attracting growing attention from occupiers from a variety of different sectors.

“The Here East scheme in Stratford is interesting, with Loughborough University, Staffordshire University and UCL creating London campuses with specialist skill sets,” says Knight Frank’s Elliott. “By creating a hub that is academically focused, they have been able to bring in some big occupiers such as Ford Motor Company.”

Life science operators are also looking to take space in areas such as Whitechapel and London Bridge that are close to teaching hospitals, as well as in emerging hubs, says Grantham.

“Life science companies are proving highly acquisitive in London, with the core locations around Euston and its Knowledge Quarter centred on the Francis Crick Institute,” he says. “A combined 2.7 million life science jobs will be added to the economy by 2038 and with White City filling up fast, the prospects for the next phases at the area’s gateway development appear healthy.”

Given numbers such as this, it is important that developers start to bring through office stock to accommodate this anticipated growth.

According to figures from Colliers International, this year, across the whole of London, 8m sq ft of office space is set to be completed. However, 5.7m sq ft of this space is already pre-let or under offer.

If developers do not crack on with the next phase of office buildings that are already in the development pipeline across the capital, there is a danger London’s supply-demand imbalance could be about to get worse.