It is an ambitious project by anyone’s estimation. Last month, Patrizia Asset and Property Management announced plans to make Westcott Venture Park near Aylesbury in Buckinghamshire the first carbon-negative business park in the UK – in other words, to produce more clean energy there than its occupiers consume. 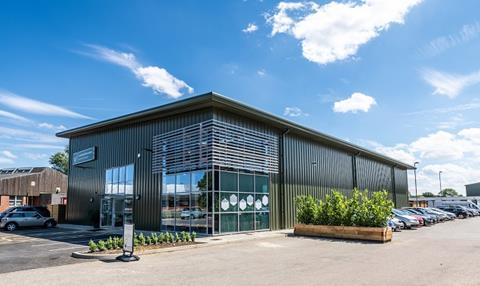 The genesis came in 2012, when government feed-in tariffs made installing solar panels a no-brainer from a business perspective. “We put down one of the first, if not the first, major solar parks in the country [at Westcott],” says Patrizia director Rod Mordey. “It’s 1.6 megawatts and has done well for us.”

In fact, it did so well that the company put in a planning application for another, bigger, solar park in 2015. Unfortunately, the application took so long to determine that by the time permission was granted, solar tariffs had been removed and it no longer made financial sense to proceed with the project, according to Mordey.

But the energy market has changed since then, not least in terms of the cost of PV cells.

“We kept tabs on everything and due to the success of the business park as a whole and the amount of power the tenants require, we can now get a 7% return out of building the bigger solar park,” he says.

“We own the electrical network on the site, so it’s different to most business parks, where tenants each have their own supplier. We’re in control and typically charge tenants the same as what they would otherwise be charged [by energy companies]. It’s a profitable development, so we’ll do around 75 acres or 6,000 panels and 15 megawatts.”

In addition to an existing solar farm, the site has an energy-from-waste plant, which combined with the new solar facility will mean that Westcott will be able to feed energy back into the grid. “A huge amount of power is being produced on the site,” says Mordey.

“Planning is in place. We have a few technical things to iron out, but the first batch of solar panels will be delivered before Christmas and we will start laying them out in January. It’s fabulous to think that we will be producing more power than we use.”

The solar project isn’t the only focus at Westcott. Mordey says he will be submitting several planning applications before Christmas, all of which relate to the business park’s status as a hub

There are also plans for a 20,000 sq ft speculative scheme to support the space cluster. “We’ve just refurbished two buildings ourselves, which are both occupied by the Satellite Applications Catapult,” says Mordey. “We’re just about to agree terms with them to build an innovation centre. We then want to build 20,000 sq ft of R&D office and light industrial units [in addition to the innovation centre] to support that growth.”

Mordey adds that the park is 97% occupied “and we need to have something to offer other occupiers in the sector – we want to push the asset as much as possible”.