In December last year, a very different type of project opened its doors in south London. 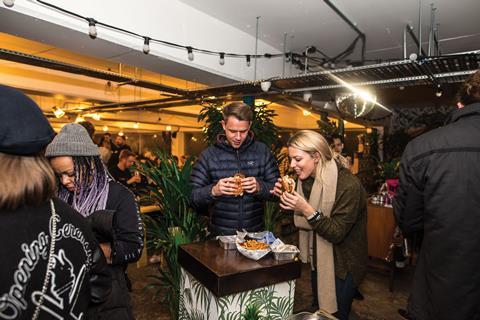 Peckham Levels occupies six floors of a former car park in the eponymous district and is a partnership between Southwark council and Make Shift, the companybacked by The Collective’s Reza Merchant that specialises in rejuvenating derelict sites.

Having won a competition to take on the space in November 2015, Make Shift set about renovating the car park into a mixed-use space with the emphasis on nurturing local businesses and creating a cultural hub.

Today, the building has been transformed and now comprises four levels of studios, workshops and shared workspace, with an additional two storeys featuring food and drink vendors, a gallery, performance and events spaces and more. The much-loved Frank’s Café, run by arts organisation Bold Tendencies, continues to occupy the roof space.

“All our tenancies are done on a scoring basis. People apply and we then score them on several items such as locality and ethos”

It is tempting to be sceptical about how many companies would be attracted by the idea of setting up shop in what remains a concrete car park, but according to Lodewijk van den Belt, project director at Peckham Levels, the project’s commercial spaces are in high demand.

“We opened on 8 December and our studios are completely full,” he says. “In terms of surface area, we’re 93% occupied. We’ve got some basement space where there are still some drainage issues, so we can’t commercialise that space yet. And then we have a few larger offices for 20 to 30 people that we haven’t shifted yet.”

The high occupancy rate has been achieved despite stringent criteria and demands on tenants. “All our tenancies are done on a scoring basis,” says van den Belt. “People apply and we then score them on several items such as locality and ethos. We also run a community investment scheme, so all our members give an hour a week to local community and action groups.”

So far, the majority of occupiers have been drawn from sectors such as design and media, but van den Belt says that he doesn’t want to be too prescriptive. “There is some appetite from smaller tech companies and start-ups,” he says. “We’re also happy to consider applications from any sort of industry, but they all need to fulfil quite strong criteria both with us and our partner [the council] on offering and delivering those opportunities to local organisations.”

Initially, Make Shift was granted a five-year lease on a peppercorn rent from the car park’s owner, Southwark council, although that was subsequently extended to six years. And now, van den Belt reveals, the lease has just been extended again, to eight years, although he insists that the ambition is for Peckham Levels to remain in situ for far longer.

“The building has been taken off the Southwark redevelopment list, so it’s not going to be knocked down in the near future,” he says. “We’ve negotiated an extra couple of years to take the pressure off, but the idea and the ideal is for us to have 20 years and that’s currently being touted around – that’s the dream.”

Given Make Shift’s early success, that dream might well become a reality.