Room at the Inn: Premier Inn's Republic of Ireland expansion

Not satisfied with 785-plus hotels in the UK, Premier Inn is beginning to expand abroad – primarily into Germany, the Middle East and, more immediately, Ireland. 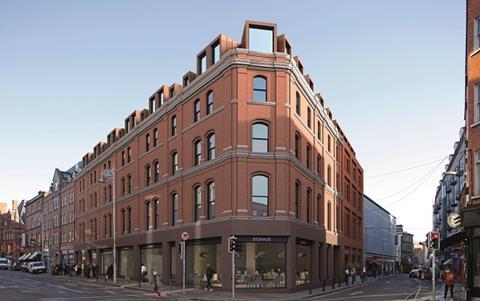 The brand already operates seven hotels in Northern Ireland and one in the Republic – at Dublin Airport – and now plans to open 10 to 15 hotels in Dublin city centre before rolling out to other cities such as Limerick, Galway and Cork.

It has already signed for its first site in Dublin city centre – a circa 100-bed hotel on South Great George’s Street. So what will it bring to the Irish hotels market?

“In a way, we feel short-changed in Southern Ireland,” he says. “There has been good expansion in Northern Ireland with seven sites for a population of only 1.8 million. The population in Dublin alone is 4.8 million and there is only one Premier Inn hotel up and trading. Therein lies the opportunity.”

Whitbread Group, which owns the Premier Inn brand, has operated the Dublin Airport hotel since 2007 when it acquired it as part of a portfolio. It has since extended it and it now trades at over 90% occupancy.

“That gave us confidence that there was demand to satisfy in Ireland,” says Kevin Murray, head of acquisitions, north and Ireland, at Whitbread Group. “Thirty-five per cent of tourists in Dublin are from the UK and already know the brand and there are the Irish people who’ve travelled to the UK who also recognise it.”

“There is a major undersupply of guest rooms in Dublin,” he says. “It has been identified that an additional 5,000 are needed. There are only 20,000 at present so that would represent an additional 20% to 25%. There’s a real gap in the market.”

Whitbread hopes to fill this gap. Its aim is to create a presence for Premier Inn in Ireland by opening 1,500 to 2,000 rooms in Dublin before rolling out to other cities. Its requirement in Dublin is for 100- to 250-bed hotels – of between 45,000 sq ft and 150,000 sq ft each – in locations such as the Docklands business district, the shopping quarter around O’Connell Street and other parts of the city centre. 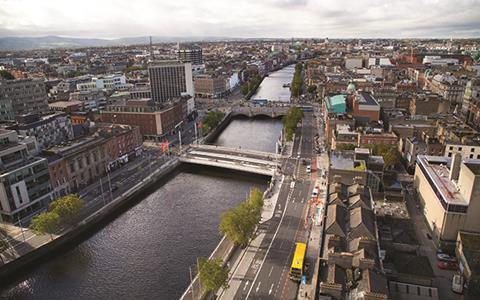 Creating a presence in the country is something that Murray believes it is uniquely positioned to do.

“Our advantage is our ability to do prime investor-grade leasehold deals,” he says. “We have the financial backing of a FTSE 100 developer so we can build our own sites as well as acquiring and converting existing buildings and hotels. Whitbread Group always puts its money where its mouth is. That’s one of the main strings to our bow.”

O’Connor adds: “There’s no other hotel operator in Ireland that can offer landlords investment yields as low as Premier Inn. Whitbread’s covenant strength is unrivalled among its Irish competitors.” Murray and O’Connor expect to achieve some of their Dublin expansion by pre-letting space as the anchor tenant of mixed-use schemes. 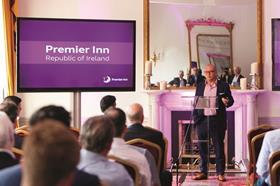 Kevin Murray at the launch of Premier Inn’s expansion proposals

“We’ve got the backing of the business and we’re a major player. However, the Dublin office market is extremely hot and we’re unable to compete with office rents and in some cases residential rents,” says Murray. “Rather than compete, we’ll fit alongside those uses. Premier Inn would represent a very substantial pre-let for any new-build, mixed-use scheme. Developers don’t need to look purely for office occupiers – we could be the difference between a scheme happening and not.”

O’Connor adds that in his experience of the Dublin office market, a pre-let is very rare. “We see a bit of mid-letting, where people wait until the development is half way through to make sure that it’s happening before committing. Occupiers are discerning. I expect in many cases, Premier Inn will be the first letting on a scheme. That may help the developer to build office components speculatively, but in many cases Premier Inn would be the anchor.”

It is the South Great George’s Street hotel, though, that is likely to come on stream first. Whitbread signed a leasehold agreement with developer Greenleaf Group in March and plans to invest around €16m (£14.3m) in a circa 100-bed hotel. It is in for planning and is expected to open by summer 2021.

“Our ultimate goal is for Premier Inn to be as big, comparatively, in Ireland as it is in the UK and the number-one branded chain in the country.”

Murray says that Whitbread had previously made offers for other sites but that the developers involved were unable, for one reason or another, to deliver the schemes. “We are having conversations but actions speak louder than words,” he says. “We’re confident we can deliver [our rollout plans] but there’s no particular timeframe. The sooner the better.

“Only when the hotels are open, trading, people are staying in them and they’re full every night will we know that our strategy has been successful. Our ultimate goal is for Premier Inn to be as big, comparatively, in Ireland as it is in the UK and the number-one branded chain in the country.”

It may take years for Whitbread to achieve its goal, but the company is determined that Premier Inn’s signature purple will soon be recognisable on the Emerald Isle.