Local authority investment in shopping centres is on the increase but some have questioned whether councils have the expertise to manage complex assets in an uncertain economic climate. At The Square in Camberley, Surrey Heath Borough Council is intent on demonstrating that municipal owners can be successful. 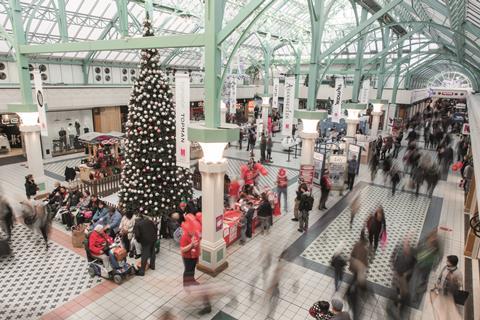 In 2016, Surrey Heath bought the 480,000 sq ft covered shopping centre (pictured) for £110m as part of a wider strategy to regenerate Camberley town centre. At the time, the centres BHS store had just closed and it faced a serious threat: the imminent opening of The Lexicon, five miles away. Schroders and Legal & General were transforming Bracknell into a 1m sq ft retail powerhouse, with the intention of dominating the catchment in south Berkshire and west Surrey and putting Camberley in the firing line.

A year on from opening, the joint owners claim The Lexicon has attracted 16 million visitors in 12 months. But The Square looks to have survived relatively unscathed. The centre only has a handful of voids among its 180 units.

This year, Camberley dodged another bullet. House of Fraser had announced the closure of its Camberley store, The Square’s biggest anchor and the town’s only department store. But it was granted a reprieve following negotiations between new owner Sports Direct International and the council.

No one is disclosing the terms of the deal to keep the store trading, and some House of Fraser stores are reportedly now trading rent free with the retailer paying only business rates. But for the council’s chief executive Karen Whelan, the important thing is that the store is open. “We are firmly committed to a department store remaining part of Camberley’s future,” she says. “House of Fraser is very popular with our residents and visitors and is a key retail presence in the town.”

Whelan says the resilience of The Square shows that councils can be more flexible and fleet of foot than the private sector. “As a REIT, Capital & Regional [the centre’s previous owner] had to focus on passing income to shareholders,” she says. “But as a local authority we don’t have that worry – we can borrow to invest and as long as we cover that loan we’re OK.”

She says this new approach is already paying off. “Retailers often find private landlords and managers aren’t as flexible as we can be. Local authorities can look at things afresh and there are opportunities to do different styles of deals.”

The low level of vacancy at The Square is thanks partly to a series of temporary lettings to shops including Calendar Club and First Home Choice. Off the Grid will be showcasing the work of local artisans in the run-up to Christmas from a unit at the scheme’s high street entrance, while the opening of preppy fashion brand Jack Wills in the former footwear brand tReds’ unit demonstrates that the local authority can attract multiples.

“Being in the driving seat means we can react more quickly and flexibly,” says Whelan.

The local authority is now mid-way through an £8m refurbishment of the centre, replacing flooring, lighting and wall finishes while the Main Square multi-storey car park is also being upgraded.

No one can rule out further retail failures and Camberley might not be out of the woods, but for now the council’s proactive approach looks to be working.