“It was the largest room in the world and has a hell of a lot of history,” says Paul Richardson. “We want to find a way of respecting the grade-I history and heritage as you walk into that amazing room.” 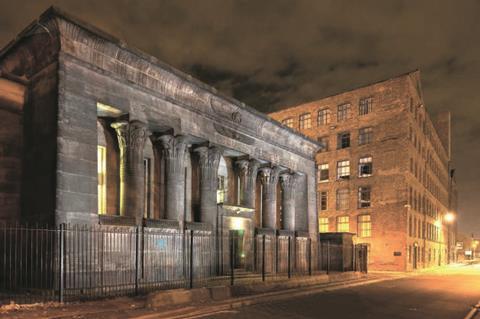 Richardson, who is asset manager at Commercial Estates Group (CEG), is outlining how the developer intends to breathe new life into architect John Marshall’s famous Temple Works, the grand former flax mill on the south side of Leeds city centre that when built, between 1836 and 1840, was reported to be the biggest room in the world.

The plans to bring Temple Works – which was inspired by the grandeur of the Temple of Horus in Egypt – back to life form just one part of CEG’s ambition to turn Leeds city centre on its head and shift the commercial core of the city to the south of the railway station.

Masterplanned by FCBStudios, when fully complete the £350m scheme will deliver millions of square feet of new commercial space and thousands of new homes.

According to David Hodgson, head of strategic development at CEG, the developer has a long-term plan for the city that has been influenced by other successful regeneration schemes. “We currently have planning for 1.35m sq ft [of development] and the wider masterplan will add another 2.5m, so that would be up to 3.85m sq ft of space in total,” says Hodgson.

“A good analogy is looking at other places around the UK. We’ve seen this as being similar to King’s Cross, with the proximity to the railway station. The added benefit here is that, with our long-term development approach, it’s been designed not just for the short term but to have a whole new community. While this is an area that is being reconnected to the city, it also has its own buzz and vibe and life.” 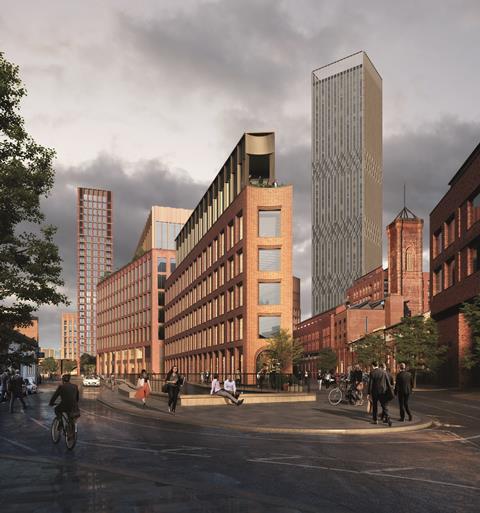 At present, reserved matters planning permission has been granted to create two office developments with ground-floor retail and leisure totalling up to 26,100 sq m (280,094 sq ft). Outline planning permission has been secured for the wider mixed-use development of up to 103,900 sq m (1.1m sq ft) of offices, retail, leisure, hotel, health, education and community uses, parking and up to 750 new homes, along with new public spaces and landscaping.

The development’s buildings will range from five to 40 storeys in height. CEG hopes the Temple scheme will act as a new gateway to the city and integrate the proposed HS2 station which will be a three minutes’ walk from the site.

CEG also plans to improve connectivity, walking and cycling routes from Holbeck to the waterfront, railway station and city centre.

Placemaking and attention to detail is key to CEG, which is hoping to capitalise on the current buzz around the city generated by Channel 4’s decision to locate its HQ in Leeds.

“Channel 4 obviously raises the profile of the city nationally, but what we found was that the number of related industries follow on […] projections so far are for more than 100,000 sq ft of space taken by smaller companies and other companies heading to Leeds on the back of the relocation,” says Richardson.

In terms of office supply, the Temple scheme could alleviate the acute lack of grade-A space in the city (see p32). Analysis by Fox Lloyd Jones found that Leeds had only 230,000 sq ft of grade-A stock as of January 2020. The agency is tracking 2m sq ft of occupier requirements and believes that more than 1m sq ft of new office space is needed to meet demand.

According to Paul Fox, director at Fox Lloyd Jones, prime office space is costing around £32/sq ft at present, which is expected to rise.

“We are critically under-supplied and we need more space urgently or we may lose potential occupiers due to lack of space,” says Fox. “For prime space, £32/sq ft is being achieved and the expectation is that the city will hit £34 by end of year. I expect to be at the upper end of those levels at the Temple scheme. The tick box element is that you’re five minutes to the station.”

FCBStudios’ brief was to create a large-scale development that also had a sense of place that will appeal to occupiers that are expected to be at the forefront of the new office uptake.

“The location at Temple could provide enough office space for the next decade, but we’re not aiming at a corporate product,” says Fox. “It’s primarily a tech location and has smaller businesses at its heart. Some people feel that Wellington Place is a bit too corporate for the younger workers we’re looking to deliver.”

The ethos underpinning CEG’s approach can be seen in the first two schemes to break ground at the site. Globe Point and Globe Square will deliver 37,810 sq ft and 135,481 sq ft of space respectively with BAM Construction contracted to start on site imminently

The plans for Globe Point have been modelled in part on what CEG says was the world’s first flatiron building. Bridge House, in Leeds, was built in 1875 and predated New York’s famous landmark by 27 years.

“We wanted to create a level of interest and an iconic gateway into the site,” says Hodgson. “We learnt at Kirkstall Forge [another CEG development in Leeds] that what we can provide is an iconic first building. That then puts the site on the map.”

Richardson says a lot of thought has gone into designing the development at Globe Point to ensure CEG appeals to the right type of occupier. 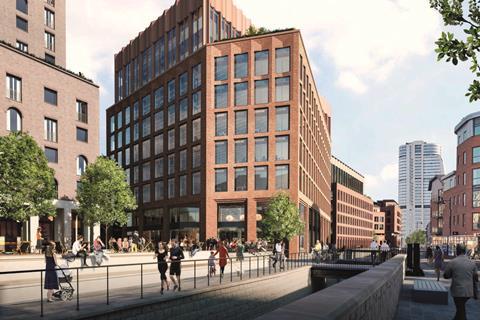 “What we are finding is that a lot of businesses and sectors that have traditionally located in the core of Leeds have seen their client base change,” he explains.

“Many companies whose clients were pinstripe-suited accountants are now web design agencies or media companies and those clients don’t feel comfortable going into the core – they don’t dress the same and there’s a shift in how businesses approach their staff and clients and retain talent.”

The Globe Road offices are currently the only spec-built developments due to be completed in Leeds in 2021.

As for Temple Works, Hodgson admits that as a developer CEG has “worked hard” to understand the 200-year-old landmark, which is in dire need of repair.

“We do hope to bring it back into viable use, and we have an indicative cost of £35m to provide a shell and core of a building, but you can’t be too intrusive into the building fabric,” he says. “We only see ourselves as custodians of the building, which will benefit the city. If we can pull it off, it will be a high-profile centrepiece for the city.”

If CEG can seal the deal it will have pulled off a major coup and laid the foundations for the future success of this new city gateway.