The brands bucking the trend

Everyone knows that the retail sector is going through a torrid time but that is not to say that all retailers and restaurant operators are struggling.

A number of occupiers from independents to established chains are on the expansion trail. Many discount retailers continue to report strong sales growth and are looking to expand their store estates further.

There are also a number of retail and restaurant categories that are expected to grow in popularity – such as restaurants and bars serving food and drink that are ‘Instagrammable’. Meanwhile, a number of operators catering for a wide range of budgets in the hotel and leisure sector are performing well and looking to expand.

Property Week has sifted through the success stories to bring you a round-up of the expanding restaurateurs, retailers and hoteliers, from established and recognisable brands to the new ones to watch.

Capsule hotels, a Japanese concept that typically comprises sleeping pods only slightly wider than a single mattress stacked one on top of another, have reached the shores of the UK. 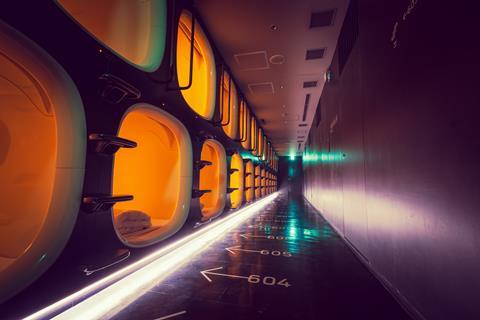 St Christopher’s at the Village, a capsule hostel in London Bridge that opened in February 2018, is one of the UK’s first examples. Each pod comes complete with a bed, free wifi, sockets, mood lighting and curtains.

While capsule hotels have only scratched the surface of the UK hospitality market, compact budget hotels are well established and expanding rapidly.

“The hotel industry is moving at a fast pace, with new brands emerging and large market players diversifying their products and services,” says Graham Craggs, managing director, advisory, hotels and hospitality, at JLL.

“A big trend is a move towards smaller rooms with high-quality furnishings and amenities. These are ideal for short-stay business or leisure trips and present a good investment strategy for owners, who can benefit from strong total revenues and a more efficient cost structure.”

Yotel also operates airport cabins, at which length of stay is measured in hours rather than nights.

The trend for people to share what they eat and drink on Instagram and other photo-sharing and social media platforms shows no sign of abating and more restaurants are capitalising on this by creating aesthetically pleasing dishes and interiors. 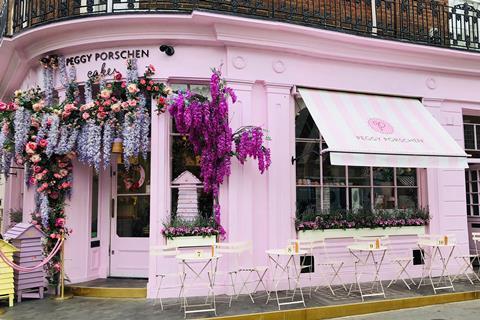 Camilla Topham, co-founder of retail and leisure consultancy Distrkt, says Instagram in particular is a “showcase for good food” and has been “very beneficial for those that can deliver a unique and visually captivating experience”.

The number of restaurants focusing on creating unique and photogenic aesthetics is increasing with many designing their interiors and menus with this in mind. “The design needs to be as appealing as the food or even more so,” says Topham. “We are seeing more greenery and plant and flower installations, for example, which tend to draw people in and compels them to want to visit.”

Examples include flower installations in Dalloway Terrace in London’s Fitzrovia, Elan Café, which has branches in Mayfair and Knightsbridge, and Peggy Porschen in Belgravia, the igloos at Coppa Club in London Bridge and Sushi Samba’s signature red trees – all of which people visit specifically to take and share photos.

Photogenic drinks and the bars that serve them are becoming ever more popular too. The Alchemist, which has 14 bars in cities across the UK and whose cocktail menu includes colour-changing drinks, is a prime example.

Topham says the trend for seeking out and photographing attractive venues has gathered pace over the past five years and predicts it will “only get bigger” as a growing number of people “do it to project an image of being seen in the right places”.

In December, Taiwanese chain Din Tai Fung opened its first restaurant in Europe in a 250-seat venue on Henrietta Street in Covent Garden. 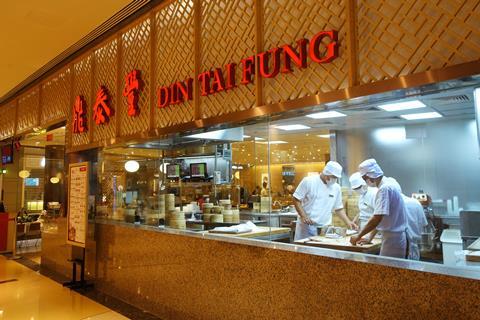 Founded in Taipei, the company operates more than 150 restaurants worldwide, with branches across Asia – its Hong Kong restaurant was awarded a Michelin star in 2010 – and in the US, Australia and the UAE.

The dumpling specialist is focusing its UK expansion on London and will be opening its second restaurant, which is set to be its flagship, on the second floor of Tottenham Court Road’s Centre Point.

Camilla Topham, co-founder of retail and leisure consultancy Distrkt, says the appeal for landlords of international restaurateurs is that those looking to expand are already established.

Asian cuisine will continue to grow in the UK because “people are well travelled, so accustomed to trying new foods”, she adds.

Tivoli, which opened its first branch in December 2018, is a new boutique cinema operator that combines a luxury cinema experience with a casual dining offering. Chief executive Justin Ribbons tells Property Week why he thinks Tivoli fills a gap in the market. 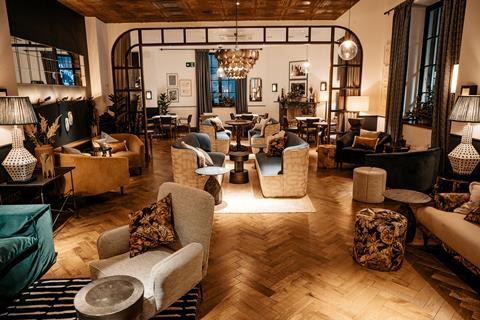 What is the vision?

We love film and wanted to create a totally different experience from the typical multiplex or arthouse cinema. There is nothing like it. It combines a quality casual dining offering with a boutique cinema that has extra wide sofas and laser projection screens showing the latest blockbusters and independent movies.

Why did you open your first branch at British Land and Aviva’s SouthGate Bath?

Bath is a vibrant city with a really creative local community. Both British Land and Aviva Investors quickly understood the concept and were fully supportive.

What are your requirements for new sites?

The reaction to the first Tivoli in Bath has been amazing. It’s clear that there is a real desire among developers to bring the experience to more towns and cities. We are starting to look at sites of 12,500 sq ft upwards, with more than 4m clear floor to ceiling heights.

What are your plans for Tivoli?

It’s still early days, but we are looking to roll out the core concept across the UK. The right location is vital; we’d like to add new features such as a rooftop cinema.

The Gym Group is planning to expand its portfolio by up to 20 new sites this year. 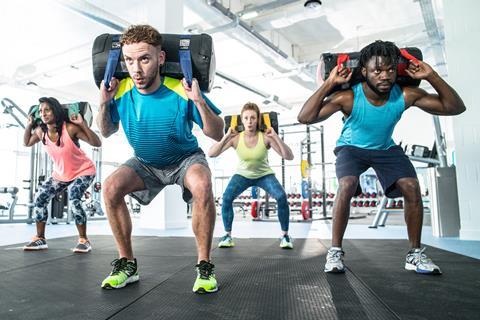 Last year the listed gym operator opened 30 new sites, including 13 it acquired from easyGym, a 16,000 sq ft gym at Tottenham Hotspurs’ new stadium and one in the basement of the Northern & Shell building at Monument in central London.

The company’s confirmed openings this year include sites in Battersea and at the Oaks Shopping Centre in Acton, which will bring its portfolio to almost 160 sites across the country.

The Gym Group’s target size is between 10,000 sq ft and 20,000 sq ft and it will look to take space that is part of office, mixed-use or retail schemes, or in existing leisure locations. It is also keeping an eye on the ailing retail sector and would take vacant space on the high street and in shopping centres.

“We keep a very close eye on the retail market and are in close contact with landlords to see if we can take space that they may be scratching their heads about,” says Gym Group chief executive Richard Darwin. “We are able to be flexible about the type of building we can go into.”

Discount variety retailer B&M now has 600 stores across the UK and shows no sign of slowing down its expansion. 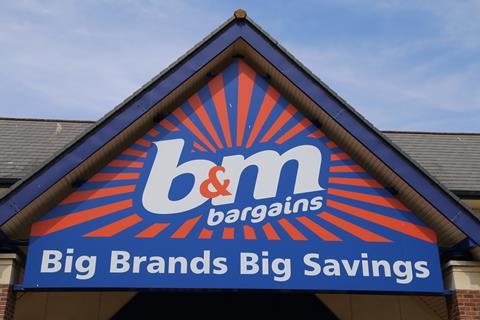 In January, the group reported a double-digit increase in its Christmas sales and revealed plans to open 56 new stores this year – potentially taking some units vacated by Homebase and Poundworld.

“The value market in which B&M operates is forecast to grow faster than online over the next five years,” says Allan Lockhart, chief executive of NewRiver REIT, which has concluded a number of lettings to B&M, including at Victoria Retail Park in Beverley, East Riding, where the retailer opened a new 13,000 sq ft store last autumn.

Lockhart describes the convenience-led and community focused retail sector in which NewRiver operates as “robust and growing” and says it has “demonstrated considerable resilience despite the wider macro-economic uncertainty”.

The Hub by Premier Inn

Whitbread launched its The Hub by Premier Inn brand, described by director of property acquisitions Jo Moon as a “funky, trendy, high spec-hotel”, in 2012. 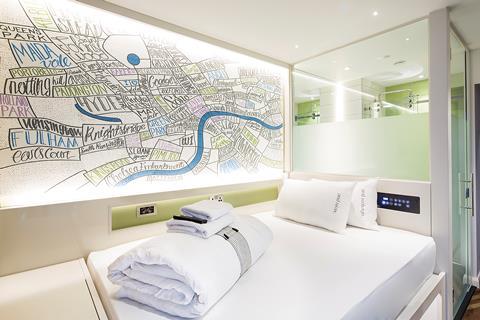 Since then, owner Whitbread has opened seven The Hub hotels in London and three in Edinburgh and has plans for further expansion.

Aimed at a young, corporate audience, The Hub’s rooms are technologically advanced and rates are the same as, or slightly higher, than those of a standard Premier Inn.

Whitbread has six further The Hub branded hotels in the pipeline totalling 1,050 rooms, including branches in Bank, Soho’s Berwick Street and West Brompton, which are due to open in May, September and February 2020 respectively.

After that, Whitbread plans to continue to expand in central London – it is looking for sites in Zones 1 and 2 – as well as in regional cities including Manchester, Brighton, Cambridge, Oxford and Birmingham, where it is seeking sites between 16,000 sq ft and 40,000 sq ft in which to open hotels ranging from 80 to 500 rooms.

Fashion retailer Jaeger, which was recently bought by the Edinburgh Woollen Mill Group, is planning to triple its estate from nine stores to 30 by the end of this year.

Originally from Canada, the company opened its first UK store in 2001. There are now more than 60 branches with a further 10 in the pipeline. The chain is targeting sites in the North East.

German discount grocer Aldi operates 700 UK stores and is rapidly expanding, with a target to open a further 500 by 2025. Aldi requires a minimum of 20,000 sq ft for its stores.