The shape of sheds to come 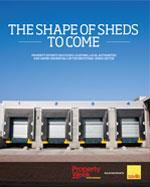 “I stand up for the regions. Birmingham is a much better market than people assume. Although it is difficult to take money up there, Manchester’s going great guns, it’s probably one of the best UK markets”
Jules Benkert, director, Canmoor

“Big mega sheds will remain but delivery hubs are also emerging; cross-dock facilities, with low site density and lots of doors. We are developing a few of those”
Ian Cameron, vice president CRE UK & Ireland, DPDHL

“Sustainability and the savings occupiers can derive do impact on location decisions. What we haven’t seen is occupiers prepared to pay extra rent”
Nigel Godfrey, senior vice president, Gazeley

“Our research shows that the bulk of occupiers, particularly retailers, will be looking for national distribution centres in the East and West Midlands - that’s reflected in what we see today”
Richard Sullivan, director and national head of industrial and logistics, Savills

“BREEAM works best when you use the occupier to support the process from the outset. When there’s a disconnection between delivery and the occupational fit out, that’s when it becomes clumsy”
Simon Collett, director - head of division building and project consultancy, Savills

“When you go for a planning permission meeting, local authorities say they want manufacturing jobs. We’re not against building for these occupiers, but we also need flexibility”
James Wright, vice president, market officer, Prologis

“Once an occupier pays a premium for a green building, the investor will. All else being equal, an environmental designation has tipped our investment decision towards a green building”
Mo Barzegar, president and CEO, Logicor

“The presumption in favour of brownfield land has created a sea change at the political level. From our experience, if you have a sound argument, you’re pushing against an open door”
Neil Dickinson, director, Evander Properties

“We have to be careful with speculative development; it would be terrible, if it were the weight of money that stimulates it rather than good occupational demand; it would put us in a poor spot relatively quickly. Isn’t that one of the lessons of the boom?”
Andrew Gulliford, chief operating officer, SEGRO

“Five years ago there was a lot of tokenism and corporations just said they were on board with the green agenda. Now, they take it seriously because it makes economic sense”
Jim Bryan, director, Goya Developments 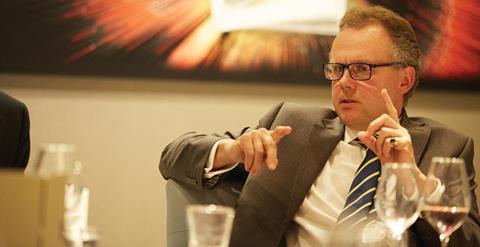 Property Week’s ‘Industrial Forum’ Round Table, in association with Savills, took place on the evening of Monday 9 September 2013 at 33 Margaret Street, London W1G 0JD. If you are interested in hosting or participating in future events, please contact Niki Kyriacou, Client Solutions Business Development Manager, on 07766 247 686 or email niki.kyriacou@propertyweek.com.