Turning Goole into a global hub

It was once a bustling transport hub for Yorkshire’s grand coal fields, but as the pits started to close down during the 1970s and 1980s, Goole stagnated and was overtaken by rival Northern towns and cities. For the last couple of decades the once thriving port town has stagnated. 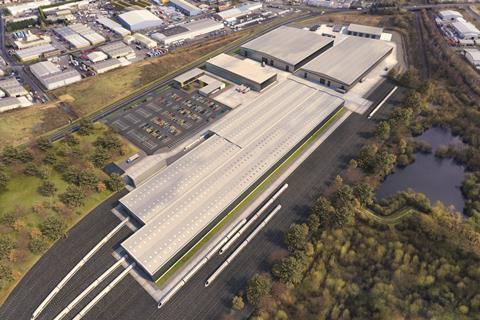 Siemens: the tech giant will boost the local economy by investing £200m in a new factory that is scheduled to open in 2023

Now, however, a long-term plan to revive the town – centred on its enviable transport links – has begun to pay dividends. Tech giants such as Siemens and big supermarket chains such as Tesco have taken huge chunks of space in the town and more companies are expected to follow suit. So what’s behind the town’s recent renaissance and is it sustainable?

An edge on regional rivals

Goole may only be home to 19,000 inhabitants, but the town has a couple of key things that many regional rivals do not, according to Iain McPhail, partner at Knight Frank’s Yorkshire industrial property team.

“The key to the revival of Goole in the past couple of years has been its readily available and strategically located employment land first and foremost,” says McPhail.

“Its geography, being situated on junction 36 of the M62, practically equidistant between Leeds and Hull, as well as its easy and quick links to Doncaster and the South via the M18, has allowed Goole to capture occupiers and labour from both West and South Yorkshire as well as East Riding itself.”

That easy access to the motorway network was key to developer Sterling Capitol’s investment in the town.

“We had the opportunity to get involved in Goole and saw the future opportunities that would come through,” says Paul Beckett, head of development at Sterling Capitol. “The M62 runs straight past and you can be in Hull in 10 or 15 minutes.”

Sterling Capitol opened Capitol Park Goole in 2003. The park, which sits within an enterprise zone, currently has outline planning consent for up to 550,000 sq ft with B1, B2 and B8 uses. Sterling Capitol, however, is keen to further expand the park, having worked with East Riding of Yorkshire Council to build a link road from the M62 to the port and free up access to the town.

“We have a 30-acre site, which is the last remaining plot [in the park],” says Beckett. “[Chemicals company] Croda is on site building out its unit, which is a £30m investment. It will be an occupier-led build-out but we would love to be further involved in Goole if we can acquire more land and put it through planning.”

Beckett believes that the local council should be praised for its efforts to kick-start the local economy.

“The council has been the backbone to this [revival],” he says. “Given that Capitol Park is in an enterprise zone, the attitude from the council, government and European money has made it a location that has moved forward. They’ve been very proactive.

“People are really starting to see it as a location where they can run their business, whereas previously it was perceived as this place between Leeds and Hull. Now it’s a multi-modal location where you have road, rain, water and the port itself.

Beckett adds that Siemens could have gone anywhere in the UK or Europe but Homes England, which owns land in Goole, “put a package together to get people to go to Goole and were successful”.

Persuading Siemens to take space in Goole was considered vital to improving the long-term employment prospects of the town. Siemens Mobility, which specialises in transportation solutions, considered several places in the UK before choosing Goole as the location to build the next generation of tube trains for the Piccadilly Line.

The £200m factory will cover 67 acres and use track sidings that are currently used to connect a local glass factory with the rail network. When fully operational in 2023, the Siemens site will employ 700 people, with the associated supply chain employing an additional 1,700 people. Groundworks are due to begin this spring.

Robert Whatmuff, director of industrial and logistics at Colliers, notes that in addition to Siemens other occupiers have also spotted the logistics potential of the town as a base for their operations.

“Croda’s commitment to a new 230,000 sq ft worldwide distribution centre at Goole 36, along with the £7m of investment in fit-out within the building, shows that Goole offers an excellent distribution location, too,” says Whatmuff.

“Tesco saw that opportunity several years ago when they located to Capitol Park Goole. I believe the Siemens supply chain will play an important role in further development and employment in Goole.

“Siemens will be looking to create a rail-related centre of excellence similar to what has been pioneered at the Advanced Manufacturing and Research Centre in Rotherham, which has been a huge national and international success.

“With local support from government and colleges and universities, Goole has the employment base and skill sets to be a huge success.”

“Siemens will have a massive impact,” says Silvester. “It’s a real game changer in terms of job numbers, but also skill levels as well. We’re already working with Siemens to develop a research and innovation centre across the road from its facility and that will look at digitising the railway We’ve partnered with the University of Birmingham, which is a world leader in the field [to develop the facility].

Silvester adds: “We have a long lead-in time as Siemens will be on site by the end of this year and fully operational in April 2023. So we have time to work with the local population and skills providers and colleges to get people educated to take advantage of the opportunities.” 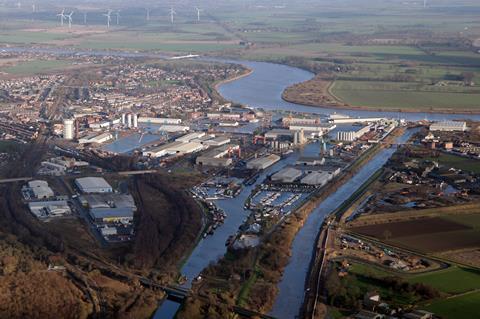 Port of Goole: has applied for freeport status

Silvester notes that the success of Goole’s out-of-town business parks has not yet translated to the town centre itself, and that the issue is something he is mindful of. However, the town has applied to the Ministry for Housing, Communities and Local Government to receive £25m from the government’s ‘town deal’ fund. The council hopes the money will help to revive the town centre and bring forward more employment space.

“We are planning to use the £25m [towns funding] to bring in match funding,” says Silvester. “We are already working on the next 300 acres of development next to the Sterling Capitol and Guardian Glass plots. As a council we own a large bit of land and are working with Siemens to develop an energy network for the whole area, utilising the waste heat from the glass factory.”

Final piece in the jigsaw

McPhail believes the final piece in the jigsaw for Goole is to attract ‘connected companies’, which will target the town to ensure they are near to their customers.

“In turn this may create a critical mass of inter-related businesses, which can only be regarded as positive for the area resulting in associated potential job creation,” he says. “For example, with Siemens there is a hope that it could be the catalyst to attract supply-chain partners from the UK rail industry.”

Future post-Brexit plans may also see Goole reap the rewards of freeport status if its application to be included as one of the raft of freeports across the UK is successful.

“It would be a game-changer,” says Beckett. “For occupiers there would be space for future expansion and we are making a strong play to be included as we tick every box.”

The fortunes of the town have changed considerably over the last few years and if the local authority manages to secure additional government funding and freeport status, Goole’s renaissance could be complete.