Who are the bidders in the auction room in 2017?

It is often said that auctions are a barometer for the health of the wider property market. As such, investors kept a keen eye on the performance of UK auction houses in the months following last June’s EU referendum. 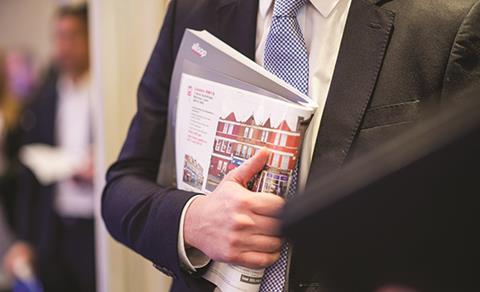 Foreign investors have been taking advantage of the weak sterling

By October, however, the clouds had dissipated and two of the UK’s biggest auction houses, Allsop and Acuitus, surpassed their year-on-year totals - Allsop by £5m and Acuitus by £2m. Other firms’ results were largely in line with pre-referendum levels.

Overseas and particularly Asian investors have accounted for a large chunk of wider property market deals in recent months due to the weakness of sterling. But could this also explain the relative health of the auction sector, which is traditionally dominated by local buyers?

One anecdote circulating among auctioneers would appear to support this theory. Last September, an Asian investor rushed into the room at an auction in London, just as it was ending. An auctioneer asked whether there was a particular lot she had hoped to pick up. “Oh not at all,” she replied. “We just wanted to buy something in London!”

Duncan Moir, partner at Allsop Commercial, says that the UK has become more attractive for foreign investors since the Brexit vote.

“Internationally, there’s a pool of money swishing around looking for a home,” he says. “If the British currency has softened compared with other currencies, it is suddenly more attractive to place money in the UK property market than to leave it in deposits in other places.”

Apart from the weak pound, one of the draws for foreign investors is the fact that the UK is still considered a safe haven for capital. “Clients that come from Pakistan or India but live here often tell me that they can get better returns in their home countries, but London is a safer place to invest in,” says Philip Waterfield, auctioneer at Strettons. 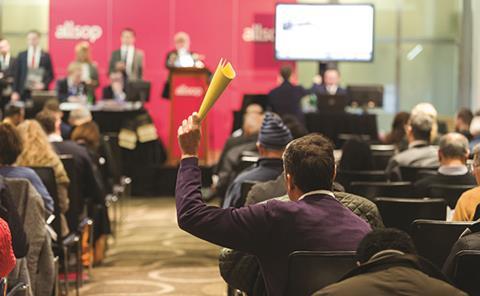 The flow of foreign money has spread beyond London, adds Gary Murphy, joint head of Allsop’s residential auction arm, noting that Manchester and the surrounding area have also been a target for Far East and Middle Eastern clients. “It’s a large and exciting city, with two major football clubs and an important university, and it’s more affordable than London,” he says.

The figures underscore the interest from foreign money on show at auctions. Richard Auterac, chairman and auctioneer at Acuitus, says 40% of the total buyers at its most recent sale in March were based overseas. Of these, almost 15% were from South Africa and 25% were buyers whose family origins are in India and Pakistan.

A similar pattern has been spotted by Allsop’s commercial division, which notes that South African investors have acquired significant assets in recent months.

Auterac also cites interest from buyers originating from Hong Kong, China, Cyprus, the Middle East and Italy. “This is a trend similar to the one recorded during the financial crisis in 2008 and 2009, when buyers from southern Europe rushed into the UK market,” he says. “It’s a defensive exercise based upon what might happen to the euro in Greece.”

Another group of investors to watch are Russians, who auctioneers say are rarely seen buying commercial properties but are taking a serious look at the residential sector.

However, the range of properties offered at auction is limited. For example, many high-net-worth Russians tend to lean toward hyper-luxury assets, which are almost never sold in the room.

Russian interest in the UK has been pronounced for the last three decades since the fall of the Soviet Union in 1989, when thousands of Russian expats established their homes in London. 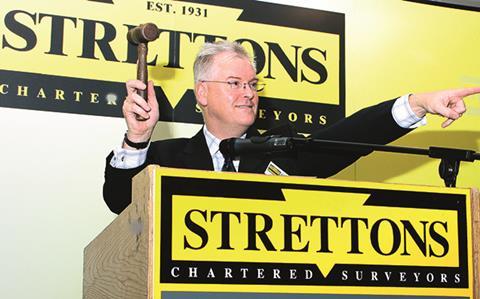 A second wave of Russian immigrants arrived in the UK a few years later during the country’s financial crisis and the resulting devaluation of the rouble, with many investing in property and some opting for the auction route.

This goes to show how strong the UK’s reputation as a safe haven is, according to Moir. “When there’s political unrest elsewhere in the world, you see more buyers getting their money into the UK,” he says.

“If you go back through history, there are some major political upheavals that have driven investors here.”

Another wave of overseas auction investment took place in the early 1970s, Moir says, when Ugandan president Idi Amin ordered the expulsion of the country’s South Asian minority and between 60,000 and 80,000 people were told to leave the country within 90 days. “They came here, bought property and they thrived,” he says.

It can be very hard to know if the person buying a particular lot is British or not - Philip Waterfield, Strettons

One of the ways auctioneers can gauge interest in their properties is by analysing the people who sign up to receive catalogues and information from them online.

Allsop’s online catalogue receives around 120,000 visits from more than 150 countries in the three weeks before an auction and Moir says that buyers from the Middle East, the US, South Africa and the Far East - in that order - are increasingly active, based on website access.

“Many of the new registrations to our online service are made there,” he says.

On the commercial front, Auterac says he has seen only a slight increase in overseas investors visiting Acuitus’s website so far. “There’s a small element but there hasn’t been a rampant ramp-up,” he says.

However, with transactions happening so quickly and some international buyers bidding via UK entities, it is not always easy to get a true profile of who is buying at auction.

“The problem is that they don’t bid with big flags in the room,” says Strettons’ Waterfield. “It can be very hard to know if the person buying that particular lot is British or not.”

We see our market as a place that is open to all, and our role is to help - Richard Auterac, Acuitus

The auction room is by its nature egalitarian - anyone can turn up - and Auterac says the transparency of the auction room “lowers the barriers to entry” for investors in the commercial property market. “It’s a level playing field,” adds Murphy. “It doesn’t matter where buyers come from: if they come to the auction room they can buy property.”

Traditionally, the major auction houses do not hold sales during significant religious holidays, whether Christian, Jewish, Muslim, Sikh or Hindu.

“We have to respect the fact that we have a very diverse group of buyers,” says Moir.

Auterac adds: “We see our market as very much a place that is open to all, and our role is to help them achieve their investment objectives.”

“This can only lead to an ever-expanding global marketplace.”

Online auction facilities offer the opportunity to broaden the scope of auction houses even further by removing the need for bidders to be physically in the room and expanding their reach to a wider geographical audience. 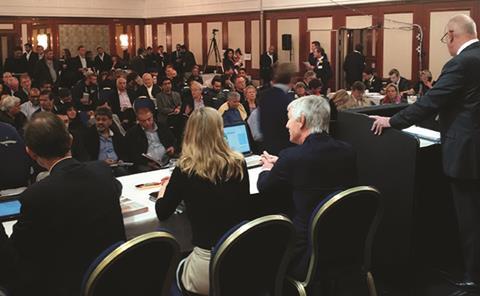 Transactions are quick and secure, and a growing segment of the market is confident in making large investments remotely. Consumers, especially those among the younger generation, are also increasingly digitally savvy.

“Our online auction is directed at a global audience,” says Murphy. “It’s a business that we hope will expand quite dramatically. In order to promote our properties, we have created brokers’ affiliations overseas, particularly in the Middle and Far East.”

However, while there is a growing number of international investors accessing auction houses in the UK, that doesn’t mean that domestic buyers have disappeared. On the contrary, the majority of buyers are still UK based.

That is unlikely to change dramatically, as private investors often like to be able to keep an eye on their assets - literally. “In every British town you can find very strong investors who like to accumulate assets in their area. That’s always been the case, so when we market properties we try specifically to catch those buyers,” Moir says.

Auterac agrees that UK investors are still dominant. “You need a profound understanding of the market to achieve a successful strategy within the room,” he adds.

So overseas investors are unlikely to tip the balance any time soon - but with the present currency advantage and access to auctions becoming ever easier, could their appetite grow to such an extent that it might one day usurp that of local buyers?