Masterplanning isn’t just a numbers game, it’s about communities too

To medics in ancient Greece, the word ‘crisis’ was the decisive turning point in an illness, the moment at which the patient either died or began to get better. 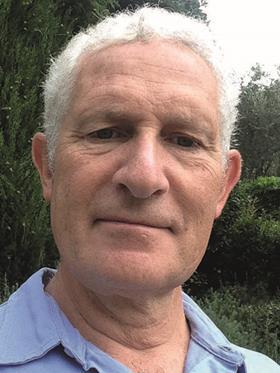 Crises are normally shortlived - so why, after 10 years and three governments, does the housing crisis still show little sign of being solved?

Because to deal with it, you need a much broader social, economic and environmental view than simply talking about numbers; a new model is required that sees development not as something to be resisted but embraced because it brings benefits.

The crisis has several components. Press coverage concentrates on the first two, which are interrelated - not enough homes and those that are available being too expensive. Social problems are exacerbated because housebuilders concentrate on the most lucrative and straightforward markets rather than delivering a wider range of products.

They principally target first-time buyers and growing families, with not enough homes designed for single people, downsizers or the elderly. There are not enough homes purpose-built to rent with shared facilities. And too many homes are built too far from shops, schools, parks and public transport.

The housing crisis needs a massive joint commitment by both public and private sectors to do things differently and better, rather than just blaming both sides - housebuilders for greedily sitting on hundreds of thousands of unbuilt plots and existing residents for opposing new development.

More insights on the housing crisis

Why excuse the housebuilders? Not merely because they are corporations obliged to earn decent returns for their investors but because they would bankrupt themselves and the nation if they tried to build out all their plots in a couple of years rather than over five to 10 years.

A sharp increase in supply would lead to a crash affecting not just the housebuilders’ balance sheets but the nation, through the downward valuation of all existing homes. As for the existing residents, they cannot be blamed for thinking that further development rarely brings improved amenity in terms of schools, education, leisure, health and employment. It normally just brings congestion and loss of open space.

So we need a new housing paradigm that can dramatically increase supply without triggering a massive fall in prices and can convince existing residents that development can be a win-win. To achieve this, politicians at national and local level, developers, planners and the whole design community need to look beyond housing and embrace mixed-use development and masterplanning to create attractive communities to walk around.

We all know that the value of property and quality of life are closely connected with convenience and opportunity.

The most valuable locations in the world are in the centres of great trading cities, where dense employment, higher education, museums, restaurants, hospitals, hotels and public parks are all clustered. If more new housing contributed to producing these amenities and sense of place, then local politicians could well find their electorate far more open to development as it shows its positive face. 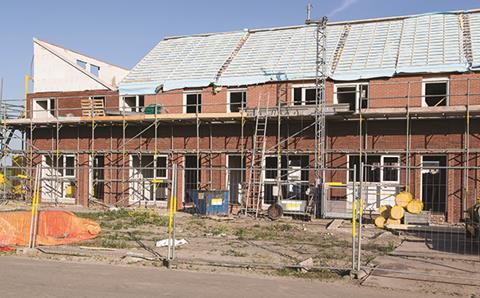 Where a substantial new settlement is created from scratch, land values before development are very low. The ability to capture land value, the uplift arising from development, is central to the vision of delivering these sustainable new settlements. Whereas housebuilders frequently pay £500,000-plus per acre in the South East, if land could be acquired for an average of, say, £100,000, enormous benefits could follow.

First, the reduced land cost could finance new schools and doctors’ surgeries rather than new residents just putting more pressure on existing services. Second, the settlements, to achieve the greatest benefits of convenience and community, can be built at more traditional urban densities to facilitate walking and reduce dependence on cars. Third, and of enormous significance, the lower land price can make affordable housing across a wide range of tenures viable.

By focusing on a wider range of tenures, volume can be increased very substantially without undermining the stability of the ‘premium’ mainstream owner-occupier market. By widening the range of tenures we can develop towns representing a wider mix of age and earning power - real communities.

The government’s proposals for garden villages and the principles of the Town and Country Planning Association all support these ideas, but there is currently no truly exemplary new settlement where new housing is matched by employment opportunities, schools and health and leisure facilities.

These proposals can help ensure that in all development, politicians, developers and designers work to build places with an enduring future, whose sustainability is embedded in the integration of uses and opportunities as well as the creation of much-loved public open spaces.