Jeremy Lovell, a partner at HRH Retail, had an ugly late-night encounter recently following a retail drinks bash at Savills. 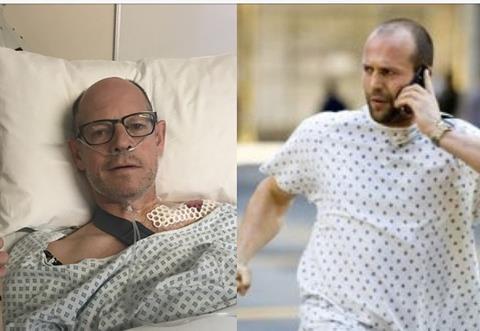 Lovell – who used to work for Savills – was cycling home in the dark after getting the train from central London to Royston station, in Hertfordshire, when he literally bumped into a badger doing 35mph down a hill (Lovell was doing 35mph – not the badger).

Lovell went flying over the handlebars and ended up breaking his collarbone in two places. He also smashed his elbow and his cycling helmet – thankfully he was wearing one. The badger wasn’t quite so lucky and sadly passed away due to its injuries.

According to colleagues, Lovell claims that alcohol was not to blame for the high-speed incident as he’d had a dry evening in preparation for a half Iron Man in Marseilles that he was due to take part in last month. Despite being badly bashed up, Lovell saw the funny side.

As a source explains: “Jeremy has always liked the idea of being compared to tough-guy actor Jason Statham and felt he was a step nearer when he was pictured in his hospital bed last week after his bike accident. A friend sent him a photo of Statham in the film Crank and he was struck by the resemblance, especially in the hospital frock!”