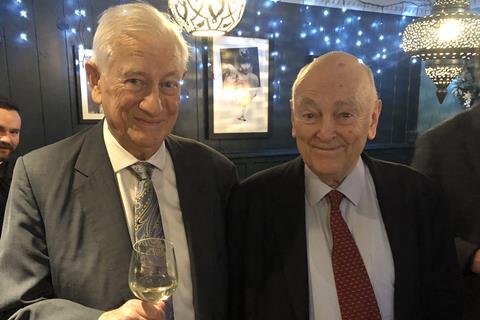 The great and the good of the retail agency world gathered at a reception last week to celebrate the 50th anniversary of the formation of Churston Heard.

The event, which was held at The Finery just off Oxford Street, was attended by 150 Churston Heard alumni, including company co-founders Don Churston (left) and Peter Heard (right), both now in their 80s.

From the 1970s to the company’s sale to JLL in 2008, Churston Heard was seen as the pioneer of retail agency, acting on many of the ground-breaking retail schemes delivered over the past 50 years, including Bluewater.

It is estimated that more than 30 independent agencies and property companies formed out of Churston Heard. Now that’s what Eye would call cause for celebration!