LSH draws the short straw in this year’s PW Cup

As anyone who remembers the farcical 1982 World Cup final draw can attest, it’s tough to make pulling numbers from a bag an exhilarating experience. 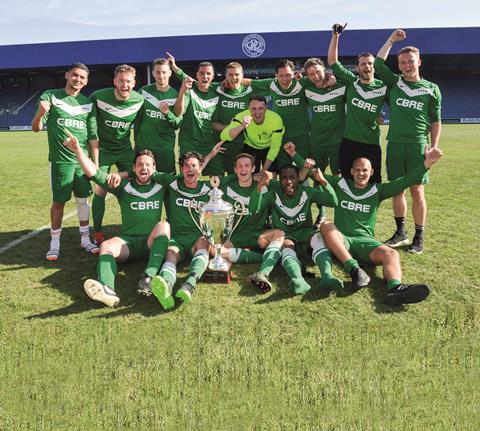 Yet excitement filled the air  last week when representatives of property’s finest firms arrived at Lambert Smith Hampton’s London HQ for the draw of the 2018 Property Week Cup. This year’s event, which will take place on 9 May at QPR’s Loftus Road ground, features an expanded field of 16 teams.

Draw for #PWCup 2018 successfully made by my own hand (alongside @QPRFC's Neil Sayer) - did our hosts @LSHtweets no favours with a group of death. Full draw in next week's @PropertyWeek pic.twitter.com/l4mWJYFkyV

LSH might think twice about inviting PW to participate in future draws after the company was placed in the ‘group of death’ alongside defending cup winners CBRE, last year’s plate winners Gardiner Theobald and dark horses Titlestone.

One definite winner is the Bobby Moore Foundation for Cancer Research UK, with the charity set to again receive proceeds raised at the event - to donate you can visit www.bobbymoorefund.org.

The full draw is available to below - if you have any queries or want to get involved, donate or spectate then please contact richard.hook@propertyweek.com or jreapalmer@lsh.co.uk