Amid the hordes of property people – and tabloid hacks – attending Mipim this week, there was one rather unusual visitor from Nottingham. 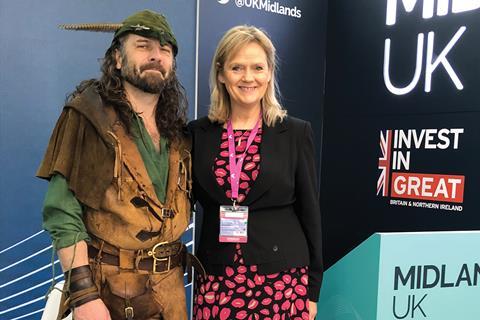 Invest in Nottingham, which as the name suggests is responsible for attracting inward investment to Nottingham and the surrounding county, decided to enlist the aid of its most famous son: Robin Hood.

Although legend has it that the character stole from the rich to give to the poor, at Mipim Robin Hood, who travelled as part of Team Nottingham, was on hand to showcase £1bn of investment opportunities to wealthy investors.

With a new Robin Hood film due to be released later this year starring Kingsman’s Taron Egerton in the lead role, Lorraine Baggs, head of investment at Invest in Nottingham, said that now was the perfect time to invite Nottingham’s “very own local celebrity along to help us promote the opportunities that Nottingham has to offer investors”.

As one property wag quipped Robin Hood wasn’t the only outlaw attending Mipim.