Football fans with a few quid to spare could do worse than submit a bid for a signed studio script from ITV’s coverage of this summer’s World Cup in Russia. 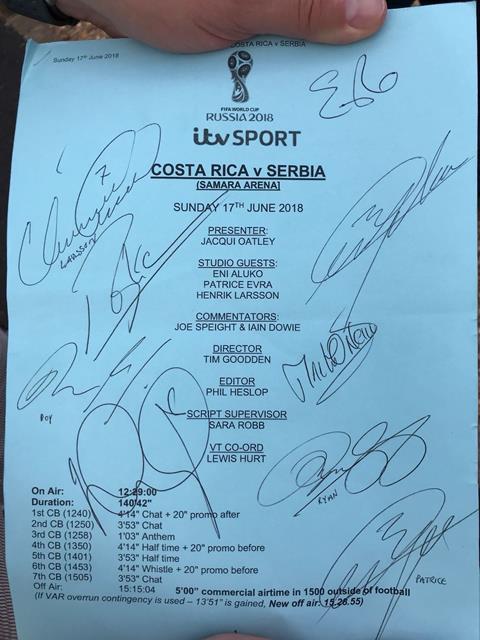 It is being auctioned off by Farebrother, which is raising money for the Royal Marsden Cancer Charity.

As part of its efforts to raise £25,000 for the cancer charity, nine members of Farebrother’s leasing and development team walked 120km along the South Downs last weekend – the equivalent of one and a half marathons a day, for two days in a row, along a very hilly course.

Bids for the script, which has a reserve price of £100, can be submitted to kgardner@farebrother.com.