Could Eye run a marathon? Sure. How about a marathon in 50°C heat? Well how about a seven-day, 250km, ultra-marathon over sand dunes in the Sahara, carrying everything you need to survive the week, except water? Er… perhaps not. 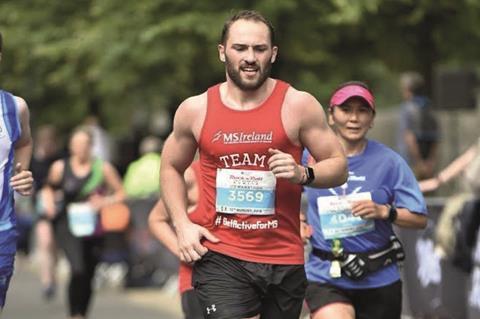 But this is precisely what Huckletree co-founder Andrew Lynch will be doing in April when he runs the Marathon des Sables to raise money for MS Ireland.

Lynch has set himself a fundraising target equal to the mammoth race he’s in training for. He hopes to raise €50,000 for the charity, which helps people with MS and their families and educates communities about the condition.

Lynch said: “Many people in the world aren’t lucky enough to be able to just decide to do something like this, while also using it as a springboard to support such a great cause.”

If you aren’t reaching for your running shoes, you can visit Lynch’s Twitter profile @ourlynchpin to sponsor him.