In this week’s issue, Property Week published our annual review in which we dole out prizes in made-up categories celebrating the industry’s highlights and lowlights. 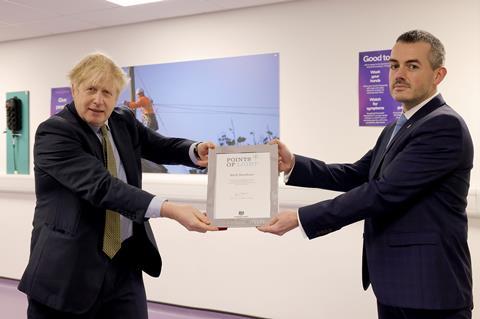 If we were to offer a prize for irony of the year it would, without a shadow of a doubt, go to prime minister Boris Johnson.

On 18 December last year, the PM was in Bolton to present a Points of Light award to Mark Hawthorn, chief executive of LDS Sales Guarantees, who last year raised more than £1.5m by getting companies to donate their Christmas party funds to charity as part of the Xmas Party Heroes campaign.

“While we acknowledge the irony of timing and context, we do not want the excellent work of Xmas Party Heroes to be politicised by being drawn into this conversation,” Hawthorn tells Property Eye.

“We would rather the focus remain on the unbelievable generosity of businesses large and small, who donated their Christmas party budgets to raise more than £1.5m for over 300 charities.”