There are big ideas and then there is The Giant Company’s big idea… to create a global network of 10-storey-high ‘moving statues’ inspired by Jonathan Swift’s Gulliver’s Travels. 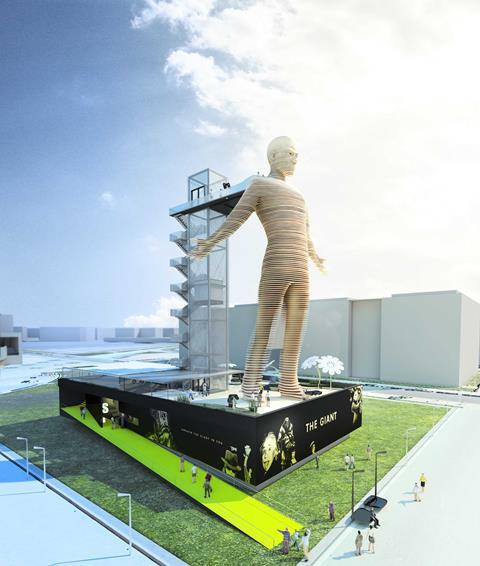 The company has appointed CBRE to track down suitable sites around the world for the visitor attraction, which features a viewing tower that lets visitors quite literally stand on the shoulders of a giant.

The Giant’s patented ‘skin’ is fitted with millions of programmable LED pixels, which allows the statue to take on the form of anyone – from historical figures like Amelia Earhart to superheroes like Spiderman. The plan is for the Giant to morph into another character every 60 minutes.

The Giant is the brainchild of Irish entrepreneur Paddy Dunning and is backed by Enterprise Ireland. “We are now seeking 21 sites in 21 cities by the end of 2021,” says Dunning. “It will be one of the world’s most ambitious cultural and commercial projects bringing together art, amusement and wonder to create a contemporary and highly profitable business.”