He has reached six Grand Slam semi-finals and won 15 ATP titles, but next month Tim Henman faces the biggest challenge of his illustrious career: teaching members of the property industry how to play tennis. 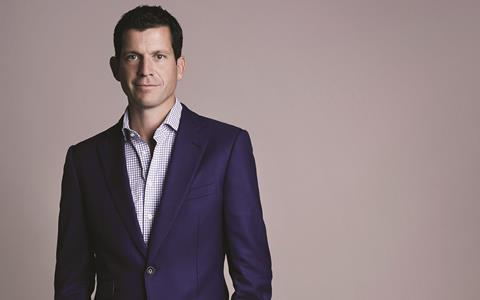 Since retiring from the game in 2007, Henman has dabbled in a number of areas, including property investment, so should feel right at home acting as VIP coach at the fifth annual Mipim Tennis Classic in Cannes, aka the ‘Wimbledon of property’.

“I’m delighted to be heading out to support the Mipim Tennis Classic,” says Henman. “I know quite a few people in property, including through [luxury investment fund] The Hideaways Club, and have seen the event growing over the past few years, raising lots of money in the process. It’s great that this year we’ll be able to represent the Tim Henman Foundation out there.

“The foundation runs a pre-Wimbledon pro-am tournament and raises funds for vulnerable young people with a focus on education, homelessness and health. This is another great way of getting together to enjoy a few hours of tennis while trying to help change the lives of those less fortunate.”

He adds that although he has taken a step back from his involvement with The Hideaways Club in the past year, he is still keen to make connections – and even set up deals – in Cannes.

Sign up now to be part of the action at www.mipimtennis.org 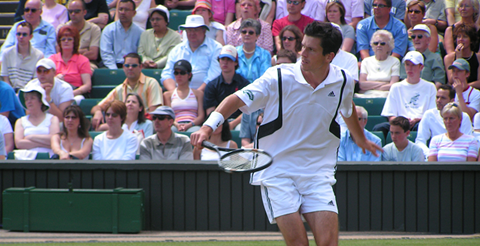 Henman in his Wimbledon heyday

The event marks a return to the court for Henman, who can more often be found skiing or golfing. He last played tennis at the Royal Albert Hall in December and says he is looking forward to giving guidance to players, who will be kitted out with free Head rackets this year.

Henman still has a keen eye for tennis and when we spoke pre-tournament he predicted a Novak Djokovic-Rafael Nadal final at the Australian Open. While he’s not expecting to find the next Djokovic, Nadal or even Stefanos Tsitsipas in Cannes he is looking forward to stepping back on the court with an “enthusiastic” set of players.

“There are some fun, new additions planned for the day, including the chance to win a one-to-one coaching session with me,” says Henman. “I’ve been told it’s a good line-up at the tournament in Cannes, but every player can benefit from a bit of coaching. An enthusiastic group is what I expect.”

Thanks to the man who spent two decades at the pinnacle of British tennis throwing his support behind the tournament, the 2019 Mipim Tennis Classic looks on track to break last year’s £35,000 fundraising total and match the founders’ pledge to be “bigger, better and more successful” than ever.

Don’t miss out on your chance to take part in this year’s Mipim Tennis Classic. There are places available for the charity doubles, so go to www.mipimtennis.org to find out more.