Drilling down into the impact of low oil prices

How low can it possibly go? That’s the question on the lips of the power brokers in the Middle East. 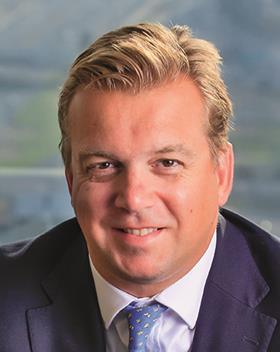 When asked by the BBC’s economics editor, Kamal Ahmed, a range of leading oil experts at the World Economic Forum in Davos in January couldn’t agree on what price oil would be in a year’s time, with estimates ranging from mid-$40s to as low as $10 or even $5. All agreed, however, that a rapid recovery to $100-plus levels was unlikely. So what does this fall in the oil price mean for the property market in the Gulf countries - and for the UK?

Certainly the expectation in the Gulf is the price will now be lower for longer - it will rebound, it always does, but that will not happen in the near to medium term. It is still fairly early days in this new low-price era, but we have now had one full fiscal year of low prices and some of the effects can be seen.

Because the Gulf countries are largely low- or no-tax economies, oil prices need to be above $50 a barrel and probably closer to $70 for governments to continue to avoid running up deficits. The ‘low for long’ era now means fiscal deficits are being posted - perhaps most dramatically in Saudi Arabia, which has announced plans to cut government spending and reform its finances after posting a record annual budget deficit of nearly $98bn last year.

Across the region, we are seeing reforms being implemented to cut government spending and increase revenues, whether in the form of income tax, corporate tax, VAT or other new taxes. Last year, the United Arab Emirates (UAE) became the first Gulf state to begin deregulating fuel prices, effectively removing government-funded fuel subsidies that have been in place since the country was formed in 1971.

These moves are ultimately a positive for the longer-term sustainability of the Gulf Co-operation Council economies. Relying on oil revenues to balance budgets is certainly not a long-term solution. That said, the challenge is significant for these economies that have grown and developed off the back of a low- or no-tax policy.

The International Monetary Fund estimates that petroleum subsidies in the UAE amount to AED25.7bn ($7bn [£4.8bn]), which forms part of the larger AED389bn energy subsidy budget, equating to nearly 7% of GDP. The fuel price reforms came in the wake of decisions by Abu Dhabi and Dubai to hike water and electricity tariffs in recent years as the two emirates seek to slowly chip away at utility subsidies.

Certainly in combination measures on tax and spend are likely to make a difference, but oil revenue remains hugely important in running the economies of the Gulf countries - the ratings agency Moody’s estimates that oil revenues comprised 75% of the UAE’s fiscal reserves in 2014, for example. So the longer the oil price stays low, the more likely we will see more fundamental reforms adopted as well as more concerted efforts from governments to diversify economies across the region.

In terms of the property market, the effects, for now, are mainly being felt in the residential sector. In the UAE, for example, there has been a slowdown in the residential market that was already taking hold prior to the fall in the oil price but has slowed further as demand weakens. 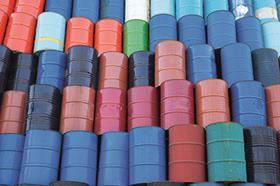 The hotel and leisure markets have also suffered in the past 12 months, partly due to the fall in demand from Russian tourists, as the Russian economy has been buffeted by the oil-price crash and the devaluation of its currency. This has made the UAE, where the currency is pegged to the dollar, a more expensive destination, both for holidays and for investment.

But if the new era of low prices endures, there could be more fundamental impacts on major infrastructure projects in the Gulf countries, which are backed by huge levels of state spending and support high levels of employment. This is an area where governments in the region will need to tread lightly.

More immediately, there are signs that banks in the Gulf nations are beginning to feel the squeeze, with liquidity beginning to tighten as the governments in the region withdraw deposits to help support their finances.

Likewise, the huge sovereign wealth funds are also now looking at withdrawing from investments overseas, and returning funds to their home countries. And this is where the impact of the oil-price fall is most likely to be felt in the UK, with the quasi-government sovereign wealth funds disposing of assets that have been bought in recent years. The Qatar Investment Authority, for example, has now reportedly put 1 Cabot Square - the Canary Wharf home of Credit Suisse - up for sale for £450m, having bought it in 2012 for £330m.

While there are likely to be more such disposals over the course of this year - and overall investment from the sovereign wealth funds is likely to fall, there is a flip side, as investment into the UK and Europe from private investors and families in the Gulf is likely to increase as concerns grow about the health of the economies in the region. Private investors are therefore likely to seek to diversify their portfolios away from the Middle East, and the UK property market’s safe-haven status will surely prove attractive.

Nevertheless, overall levels of investment from the Middle East in UK property, which has averaged around £4bn per year over the past three years, is likely to dip - unless, of course, new investment from Iran, as a result of the lifting of sanctions, offsets the fall expected from the sovereign wealth funds.

So, with the exception of Scotland, and in particular Aberdeen, where the impact of the fall in the oil price is now being keenly felt, the overall impact on the UK property market is not likely to be hugely detrimental.

Indeed, when you take into account that the lower oil price means lower fuel and energy prices and more disposable income for households, overall the UK could be a net benefiter from the new low-price era.

The same cannot be said for the Gulf countries, of course, but the extent that the impact will be felt will largely depend on how long the price stays low - and no one is too sure of the answer to that question.

Cluttons is an international real estate services company that operates in more than 50 countries around the world. As market leaders in the Middle East, with more than 40 years in the region, we are uniquely placed to advise on the Middle Eastern property markets.

Our clients choose us for our track record of delivering innovative services since 1765. They stay with us for our personalised approach, because when it comes to property, we make their lives easier.