The refugee crisis in Europe has been at the top of the media agenda for months now - making for tragic and disturbing viewing - and still no end is in sight to addressing the root causes. 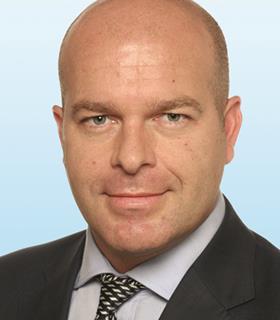 While coverage has rightly focused on the human impact, as well as the political fallout, little has been said about the impact on business in Europe and, in particular, the Europe-wide logistics network.

Most are aware of the problems haulage firms are experiencing in Calais, as migrants and refugees seek to find ways across the Channel to Britain - and the impact has also been felt in the UK, as was evident with the backlog of haulage traffic stuck on the M20 as part of Operation Stack last year.

But this could just be a taste of things to come across the continent if the increasingly loud calls for suspension of the Schengen Agreement are heeded.

Already in some parts of Europe, increased border checks are leading to backlogs and delays, and the suspension of Schengen would have a much greater impact. Indeed, if Europe returned to its national border model, this could lead to the rolling back of progress made in recent years towards an increasingly sophisticated, pan-European hub-and-spoke distribution model.

This would be hugely disruptive to logistics and businesses alike and would run against the market trends that have been driving the evolution of logistics in recent years - most notably the rise and rise of online retail and the increasing demand for both pan-European logistics and same-day delivery.

As has been well documented, the wholesale changes in the way people shop and the way retailers do business are having a huge influence on logistics, with the emergence of various forms of retail logistics as a new type of property investment.

Britain leads Europe in its composition of prime retail and logistics assets, driven by the highest demand globally for ecommerce, with at least 15% of sales now made online. Colliers expects this to rise to at least 20% by 2020, which reflects similar forecasts in many other established global markets. Continental Europe is not far behind, with online sales in Germany at more than 11%, followed by the Dutch, French and Nordic markets. The rapidly evolving central and eastern Europe (CEE) markets led by Poland and the Czech Republic are helping to drive European online sales to more than 8% of all retail activity, ahead of the US.

In the age of ‘online everything’, we have seen the symbiotic growth of large distribution centres (DCs) fuelled by soaring retail demand. What this highlights is the pace at which the omnichannel and multichannel revolution has emerged over the last five years. As social media has grown in importance, and mobile shopping has ballooned, companies have had to respond, which has in turn led to the development of infrastructure that supports both the first mile and the last mile of the journey.

The evolution of deepwater ports, super-sized container ships and intermodal logistics hubs combining road, rail and sea has been fascinating. Often these developments go unnoticed, but it is worth noting just how significant intermodal containerised freight has become in the US with ports linked to rail freight corridors, serving the major US conurbations.

These developments in logistics have been rapid, but the sector continues to evolve as it adapts to rapid change on multiple fronts. Just consider some of these emerging trends (see our global review online for more extensive coverage):

Many of these emerging trends are driven by technological and digital advances and the rise of e-tailing. This has created uncertainty for businesses, which are being forced to adapt to rapidly evolving patterns in consumer behaviour. Now throw in the impact of the refugee crisis and calls for a return to border controls in Europe, and you have the potential for real disruption in the market in the coming years.

However, there may, oddly, be a silver lining. As the US model has shown, intermodal makes huge sense on a lot of levels. It provides an investment opportunity for investors to tap into long-term projects/returns. It helps develop the arteries that sit beneath the skin of retail and manufacturing, which is a major benefit for the whole economy.

So although the suspension of Schengen would represent a major barrier to the progress of pan-European hub-and-spoke distribution based on road freight, multimodal freight, which uses more secure forms of transit - notably rail, inland-waterway and short-sea routes - could benefit markedly. It should be easier and more secure to get through short-/long-term border controls, via rail and inland waterway in particular, than via road.

As a result, we may not see a return to national distribution models after all. The multimodal, pan-European hub-and-spoke network might just get the boost required to function to the high level now seen across the US and North America as a whole.

Damian Harrington is Head of EMEA Research at Colliers International

Colliers International is a global leader in commercial real estate services with more than 16,300 professionals operating from 502 offices in 67 countries. With an enterprising culture and significant insider ownership, Colliers professionals provide a full range of services to real estate occupiers, owners and investors worldwide across a broad range of property types.